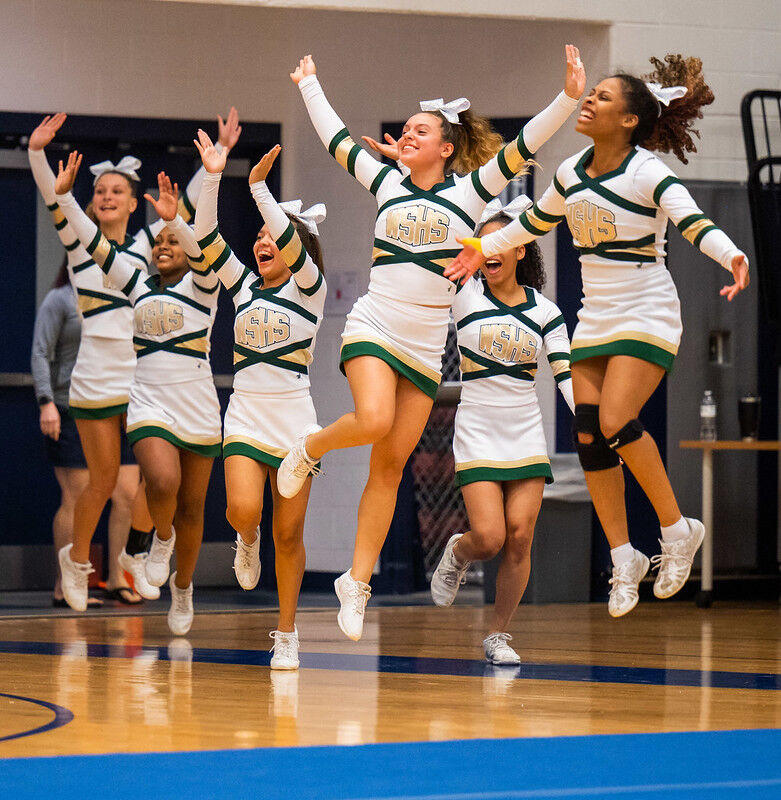 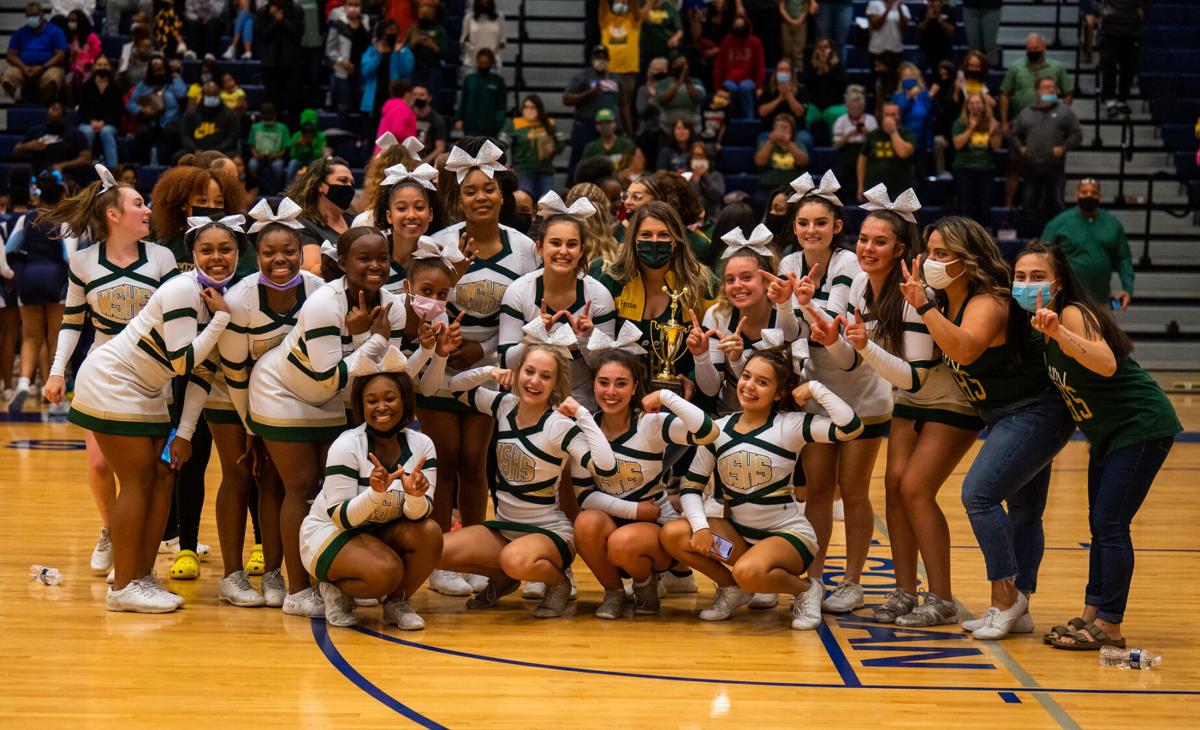 Woodbridge won its third consecutive Cardinal District competition cheer crown Monday by 34.5 points over second-place Colgan. Next up is the Oct. 21 region meet and a shot at the Vikings’ first-ever state appearance. ”It’s that state tournament we want,” says coach Amanda Frase. 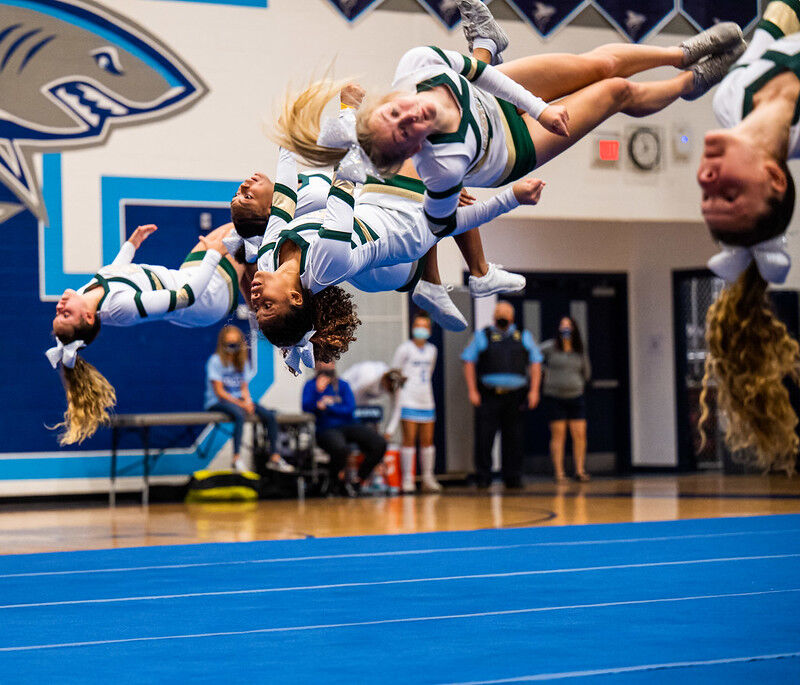 Entering the season, the Woodbridge Vikings competition cheer team’s goal was to win the Cardinal District for the third straight year.

The three-peat was happily accomplished Monday when they won the Cardinal crown over second-place Colgan and third-place Hylton.

Now the Viking cheerleaders have a new goal.

“I would love to see my girls make states. That has not happened in my coaching career, or at Woodbridge,” sixth-year head coach Amanda Frase said. “It’s that state tournament that we want.”

To make the Nov. 6 state meet in Richmond they need to place first or second at the Region 6B meet on Oct. 21 on Woodbridge’s home floor.

Frase believes this team can make it to the prestigious state meet at Virginia Commonwealth University.

Nine of Woodbridge’s 20 cheerleaders are seniors, and six have been on the varsity squad all four years. Some are considering cheering at the collegiate level.

“I knew coming in if we do what we’re supposed to do, things would go great,” she said.

“It’s been incredible to see them develop and grow as cheerleaders and as young ladies,” Frase said.

From the beginning of her tenure, Frase sought to change the mindset of cheerleading at Woodbridge.

“We’re not just cute sideline cheerleaders, we’re athletes,” she said. “We’re here to compete, and we’re going to do what we need to do to win.”

The Class 6 Region B Championship is Oct. 21 at Woodbridge Senior High School starting at 6:30 p.m. $10 admission. The top two teams move to states.