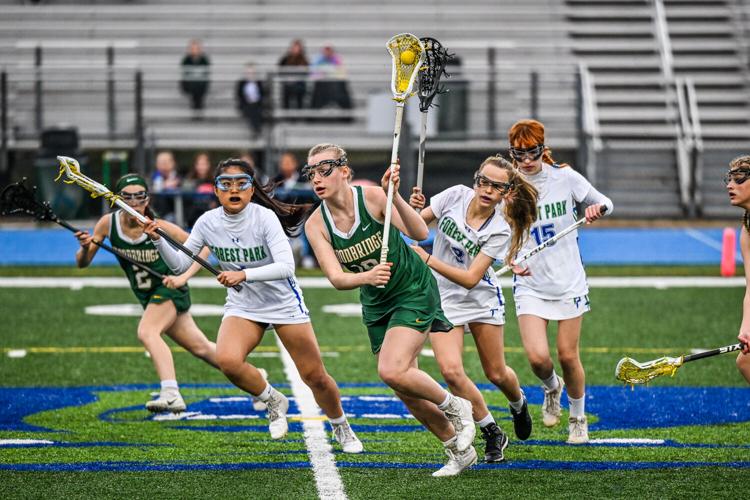 Woodbridge is setting the pace in the Cardinal District. 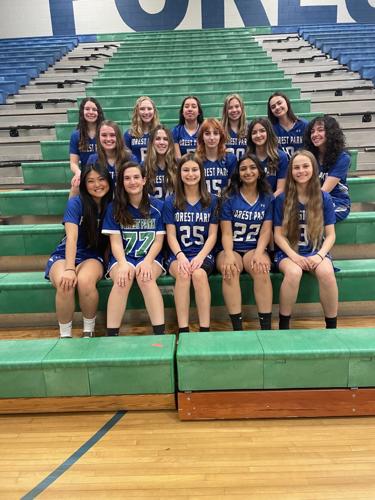 Forest Park coach Shantelle Valdez has her team in the running for a region berth. 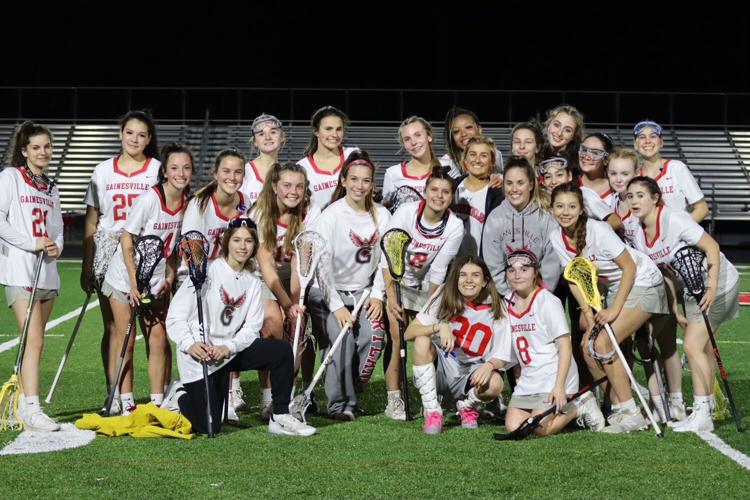 Gainesville is winning a lot in its inaugural season. 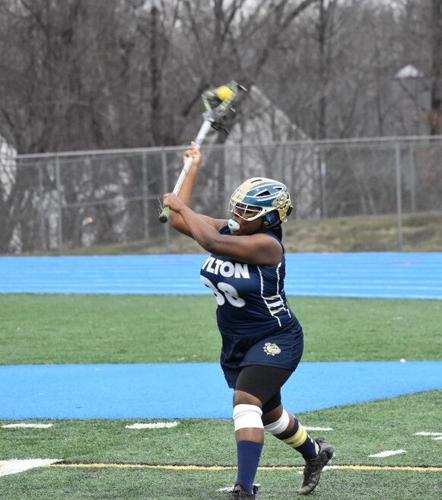 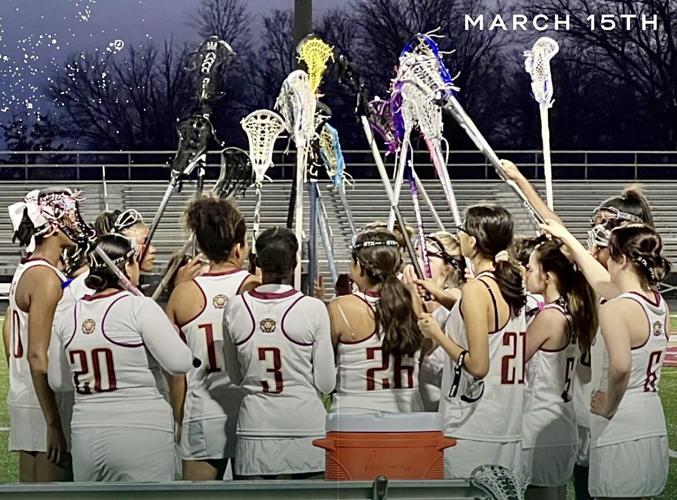 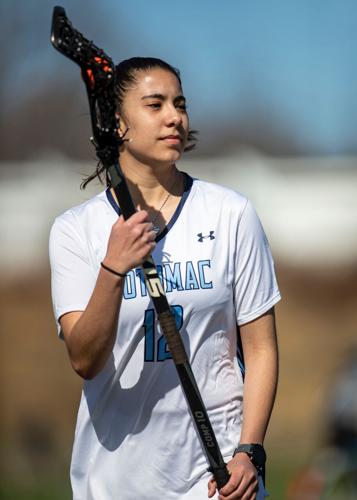 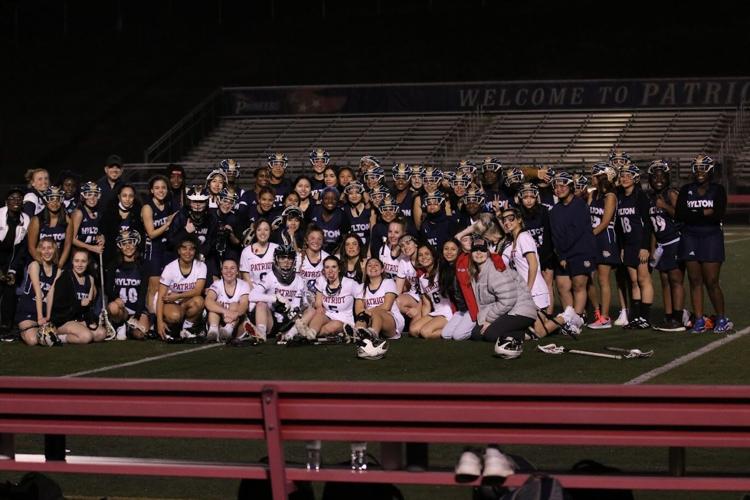 Patriot has a talented team that is coming together as the season progresses. 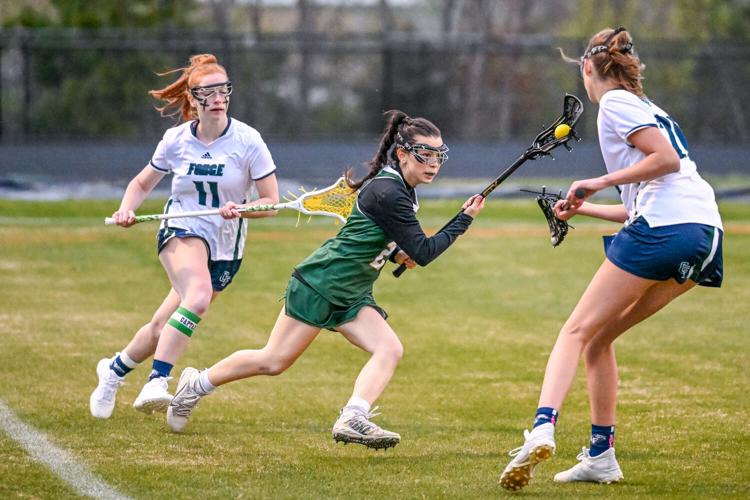 Woodbridge is setting the pace in the Cardinal District.

We’re entering the home stretch of the regular season in girls lacrosse.

The Battlefield Bobcats are trying to hold off Champe for the lead in the Cedar Run District, while the Woodbridge Vikings have the edge in the Cardinal over the Forest Park Bruins.

Coach’s take: Only an early-season setback to West Springfield blemishes the Bobcats’ record, as they pace the Cedar Run District with a 7-1 mark as of Monday.

Only twice has Battlefield allowed more than seven goals.

They’re in front of the goalie tandem of sophomore Grace Lint and freshman Amanda Gelfound, both experienced beyond their years.

Another freshman, left-handed attacker Kendra Harris, has 18 goals on a 69% shooting rate. She’s flanked by senior Lucy Shafer and junior Grace Patane, righty attackers with a combined 26 goals and 18 assists.

“This season we have an exceptionally deep team which allows us the flexibility to play many different combinations of players,” Kugler said. “The team does an exceptional job playing as a whole unit, working off of each other and supporting each other.”

Coach’s take: Julie O’Neill has been involved with the Tigers’ program since its second year of existence. After an initial run that lasted until 2011, she resumed her tenure for the 2021 season.

“We have a wonderful group of players,” O’Neill said of the 2022 edition. “We don’t have a ton of lacrosse experience, but they are extremely positive and hardworking ... It is a lot of fun.”

Senior captain midfielders Vicky Bruno and Hailey Gill are all-around players, as both have more than 20 goals and 15 ground balls. Junior Leah Newlin and sophomore Liz Rice take the bulk of the draws.

The Tigers are led on offense by former defenders Sara Pell and Lexi Mizzel, along with fellow senior Sage Gerhartz and junior Paige Hairfield.

Coach’s take: With experience and chemistry, Colgan (2-5 through Friday) has a group that has played together a long time, coach Laura Latimer said.

Coach’s take: Shantelle Valdez is in her eighth season as a Forest Park coach and first full season as program leader.

She’s got a well-rounded unit. “There is not one person that carries our team,” she said.

The Bruins’ offense is led by Sophia Vito, author of more than 30 goals already. She’s flanked by Alyssa Davis, who picks up ground balls as well as scores goals.

That attack is spurred by all-district midfielder Issy Denevan, the team leader in assists and another scoring threat.

Forest Park’s most aggressive player is defender Rahma Elgazzar, who’s picked up more than 30 ground balls and scored three goals. Anna LaValle is an athletic goalie with a 50% save rate.

Coach’s take: When your oldest player is a junior, you might be at a disadvantage.

Despite the handicap of no seniors, the first-year Cardinals (6-4 as of Monday) are enjoying a winning debut.

“Even though we just met in August, we have had so much fun getting to know each other,” coach Audrey Hoeg said.

Standing out in the midfield are freshmen Leah Stever, Gianna Naples, and Rylee Deveau, Gainesville’s leading scorer with 22. Stever has 13 goals and primary duties in the face-off circle. Naples has picked up 19 ground balls and added nine goals.

Kendyl Maxwell is an aggressive defender with 20 ground balls, while fellow sophomore Maya Eldredge has scooped up 13 in her first year playing lacrosse.

The goalies, Maggie Godaire and Allyson Hermanson, are novices who “have stepped up and learned the position quickly,” Hoeg said.

Coach’s take: There’s a youth movement going on at Hylton (3-5 as of April 20), and coach Tony Kilgore is “very excited about what the future of our program has in store.”

After no JV team last season, the Bulldogs are back to two squads of full rosters, including nine seniors led by four-year players Belicia Moncrieffe, Alexsis Modesitt, and Karina Ulloa.

But it’s a junior and a sophomore - Tori Cartagena and Mia Llanos - who lead the offense with seven goals apiece through Hylton’s first six games. Sisters Natalie and Nicole Bertrand, senior and junior respectively, have teamed up to put in seven goals.

Sophomore Briana Cruz is a top defender, along with Moncrieffe and fellow senior Benlla Mejía Ruiz. The three have combined for 49 ground balls.

Maxine McKenzie is a first-year goalie carrying a 50% save percentage.

Coach’s take: Despite going winless through their first seven, the Osbourn coach sees things he likes.

In his 16th year in the Osbourn program, Riley and his staff are doing a lot of teaching, as “all my middies are first-year players.” Speedy Meika Olsen and varsity wrestler Ivonne Sanchez have shown skills on both ends of the field.

Osbourn’s defense is led by senior goalie D.J. Holsclaw, a standout field hockey goalie who owns a 52% save percentage in her second year of lacrosse. Younger sister M.J. Holsclaw helps protect the low post, along with senior Karla Tista Hernández.

“Luckily, our upperclassmen have stepped up in a big way to fill the roles of those we lost,” she added.

Senior captain Lily Stolhman is the center of the midfield and the “rock” of the team, Lang said.

Stohlman is all over the field with 33 goals, 47 draw controls, and 17 caused turnovers through April 20.

“She is willing to do whatever it takes to help the team,” said the coach, noting that Stohlman once filled in as goalie.

Coach’s take: The Pioneers (4-6 as of Monday) are seeking consistency. Convincing wins sandwich streaks of losses.

‘When we play as a team and move the ball around, we are at our best,” coach Juliet Violett said.

Senior Mallorie Upperman and sophomore Chelsea Perez are speedy midfielders, while junior Katy Kachele is “exceptional at defending on the crease,” Violett said.

Coach’s take: The Panthers (3-4 through April 22) play “the last two minutes just like it was the first two minutes,” coach Julie Ericson said.

Seniors Tamara Johnson and Ella Ashiblie are strong two-way midfielders who win draws and combine for five points per game, while the Panthers’ defense is led by senior Heidy Flores-Soto, who tallies eight ground balls, three interceptions, and three caused turnovers per game.

A pair of Potomac basketball players, Abigail Agyekum and Fatou Cisse, have taken up the goalie spot, with Agyekum earning a save percentage near 50%.

Coach’s take: Despite a record of 2-5 as of Monday, coaches Rachel Luke and Sarah McCamley are pleased with their team’s progress.

“These girls have played their hearts out and that’s all I can ask,” said Luke, who will see eight of her 20 players graduate.

Junior captain Ava Goodson leads the midfield as a strong two-way player. Along with her 16 goals, Goodson “is a huge asset to our defense and has great communication,” Luke said.

Senior Aaliyah Sanders is a turnover-causing disruptor on defense who can step up to midfield.

Coach’s take: The Vikings (8-3 as of April 22) are a threat to make a deep playoff run thanks to a talented senior-laden roster.

Woodbridge’s star is senior attacker Kara Trullender. The University of Pittsburgh commit leads the Vikings in assists and draw controls, and notched her 100th career goal earlier this season.

“She is the ultimate definition of a middie-center,” coach Megan Smith said. “She rises to any challenge.”

Seniors Mackenzie Burke and Alicia Ober, plus sophomore Saylor Goodchild, bring speed to the midfield, while Burke is second on the team in assists.

The defense is anchored by seniors Charlotte Murphy and Catey Brennan along with junior Dayanna Thomas.