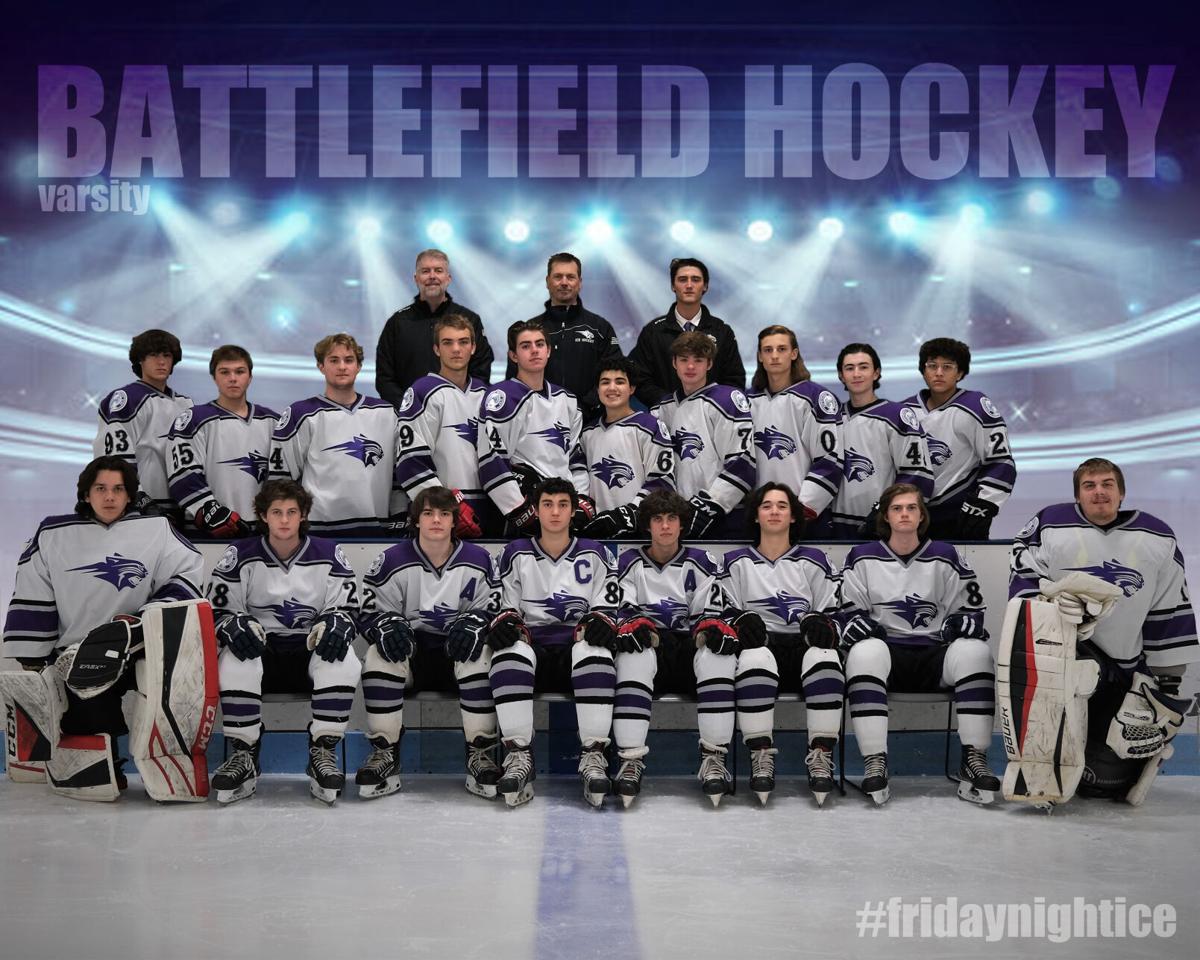 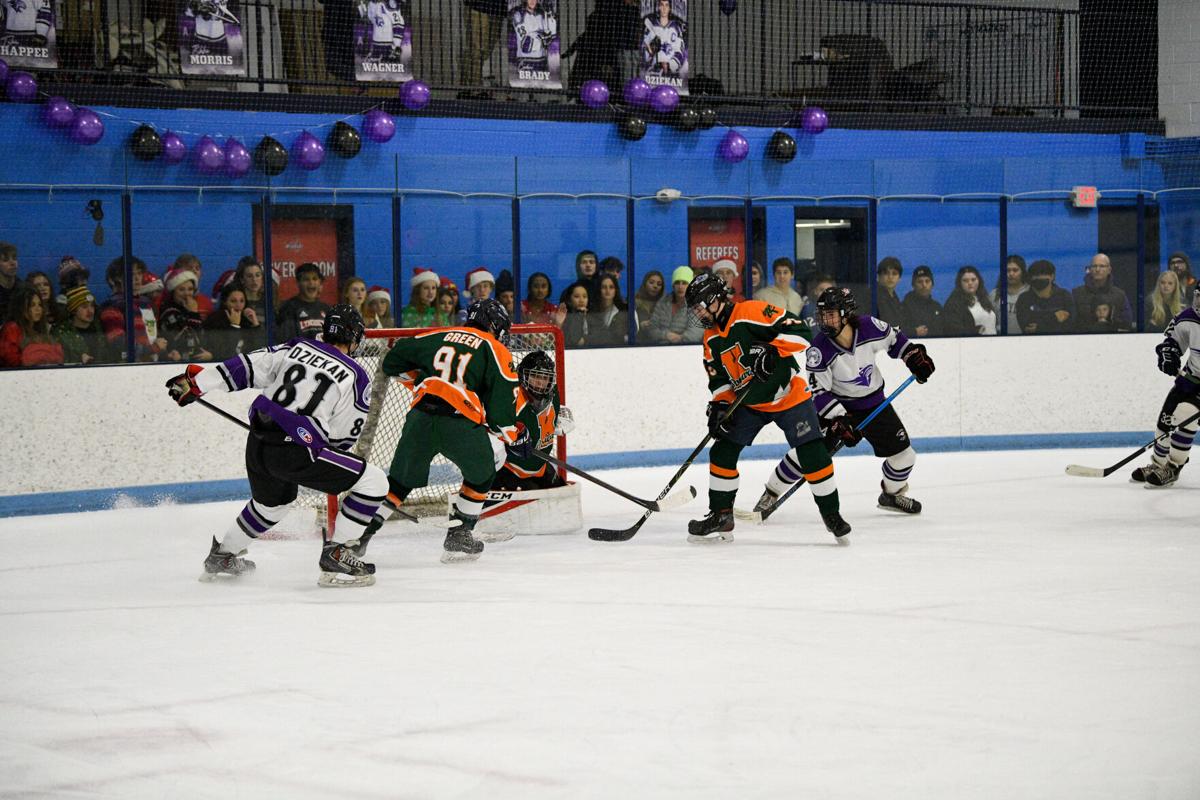 Battlefield next plays Gainesville/Patriot on Jan. 7 at Haymarket.

Battlefield next plays Gainesville/Patriot on Jan. 7 at Haymarket.

Halfway through the season, the Battlefield Bobcats (5-0) haven’t lost an ice hockey game.

Twelve different Bobcats have scored a goal, while 15 have at least one point.

“We have talented and skilled players throughout all three lines of forwards and defensemen,” said first-year head coach John Dziekan. “I have confidence in every player on our roster which gives us the ability to roll lines rather than having to match lines.”

Battlefield, which plays at the nearby Haymarket IcePlex, opened the season with four consecutive shutouts before a 4-3 come-from-behind win Dec. 10 over second-place Kettle Run/Liberty (3-2). The Bobcats scored twice in the final four minutes to reverse a 3-2 deficit.

“The atmosphere was electric,” Dziekan said. “The pageantry of Senior Night with balloons, banners and supportive fans was an awesome backdrop for what proved to be our most exciting game of the season.”

“We simply use more players than our opponent and by the third period we are able to wear them down and take advantage,” the coach said.

Goaltender Adam Perry, a senior who earned the win on Senior Night, shares the position with sophomore Daniel Daggett. Both have notched shutouts already.

“Having two strong goaltenders that you can rely on is a blessing in high school hockey,” Dziekan said.

Five more contests are on the Bobcats’ regular-season slate, which ends Feb. 4. Last year Battlefield went 9-0-1 before bowing out in the second round of the NVSHL playoffs.

What: The Northern Virginia School Hockey League is a nonprofit organization open to varsity, junior varsity and club-based high school hockey teams in Northern Virginia. There is also a middle school division.