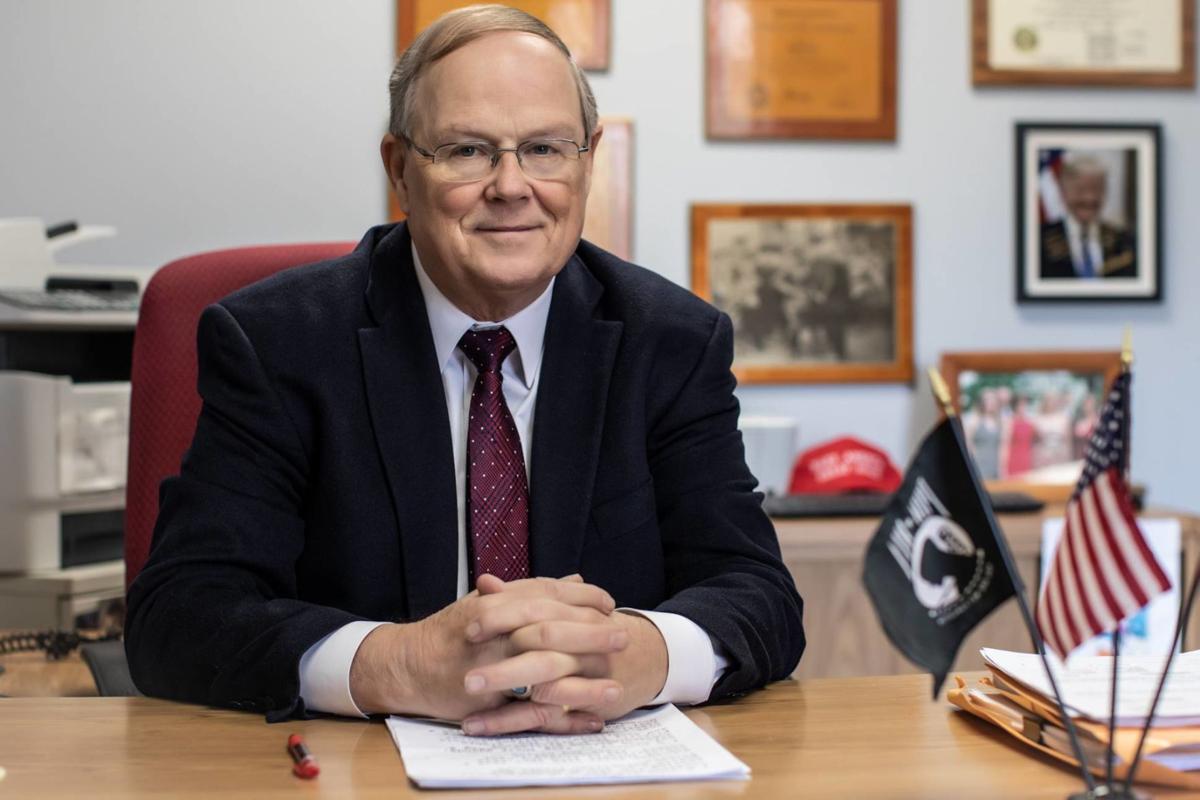 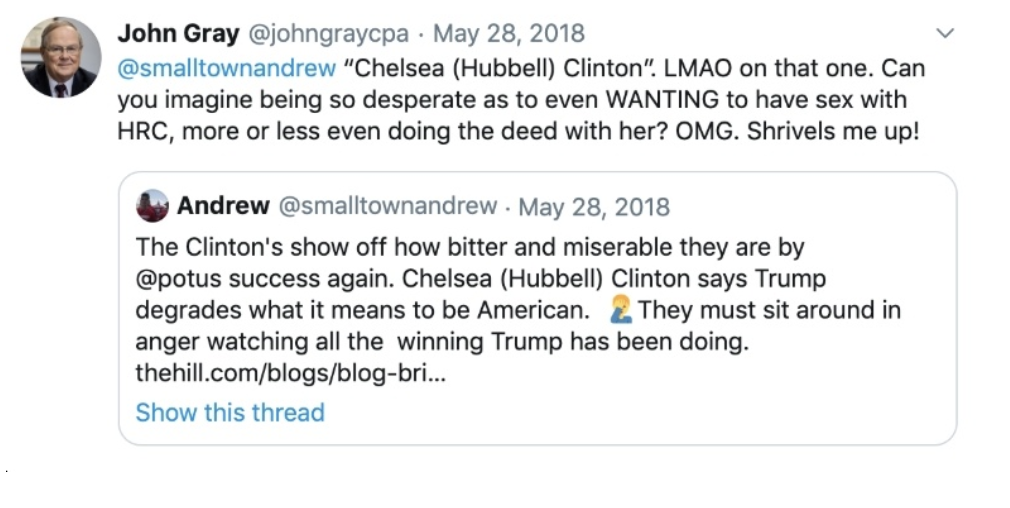 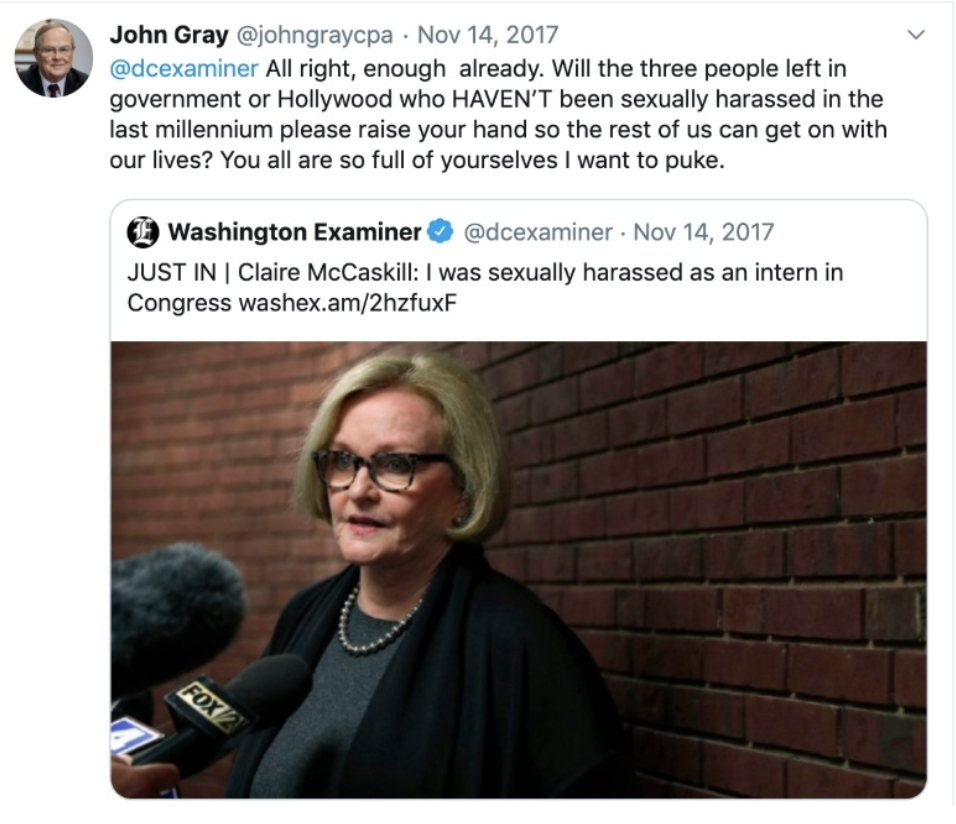 John Gray, the GOP nominee for chairman of the Prince William County Board of Supervisors, is under fire for several controversial tweets that came to light Monday, Sept. 23.

Gray paid a service called Tweetdeleter $30 to scrub his Twitter account and then disclosed the payments on his latest campaign finance report, which is how they came to the attention of his Democratic opponent, Ann Wheeler.

Wheeler’s campaign team dug up the tweets and sent them to the Washington Post.

A sampling of Gray's deleted tweets:

Republicans on Prince William’s Board of County Supervisors condemned inappropriate tweets made by John Gray, the GOP nominee for board chairm…