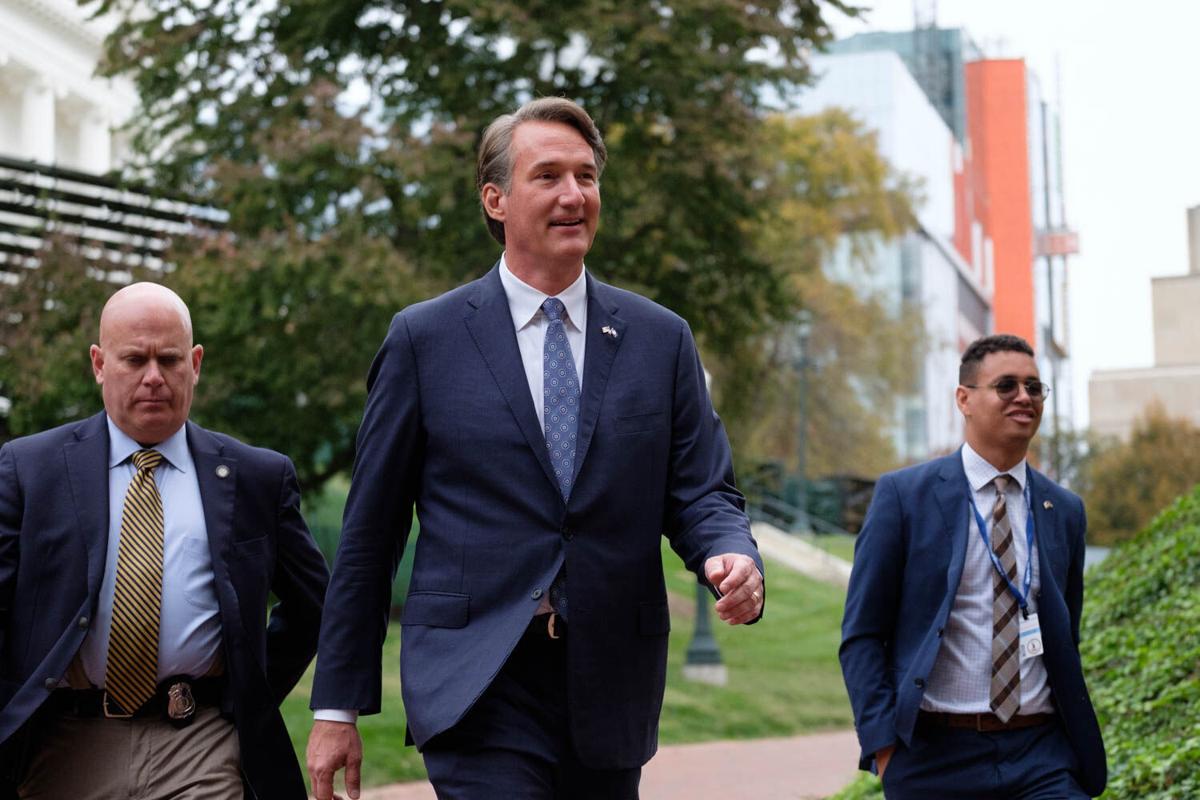 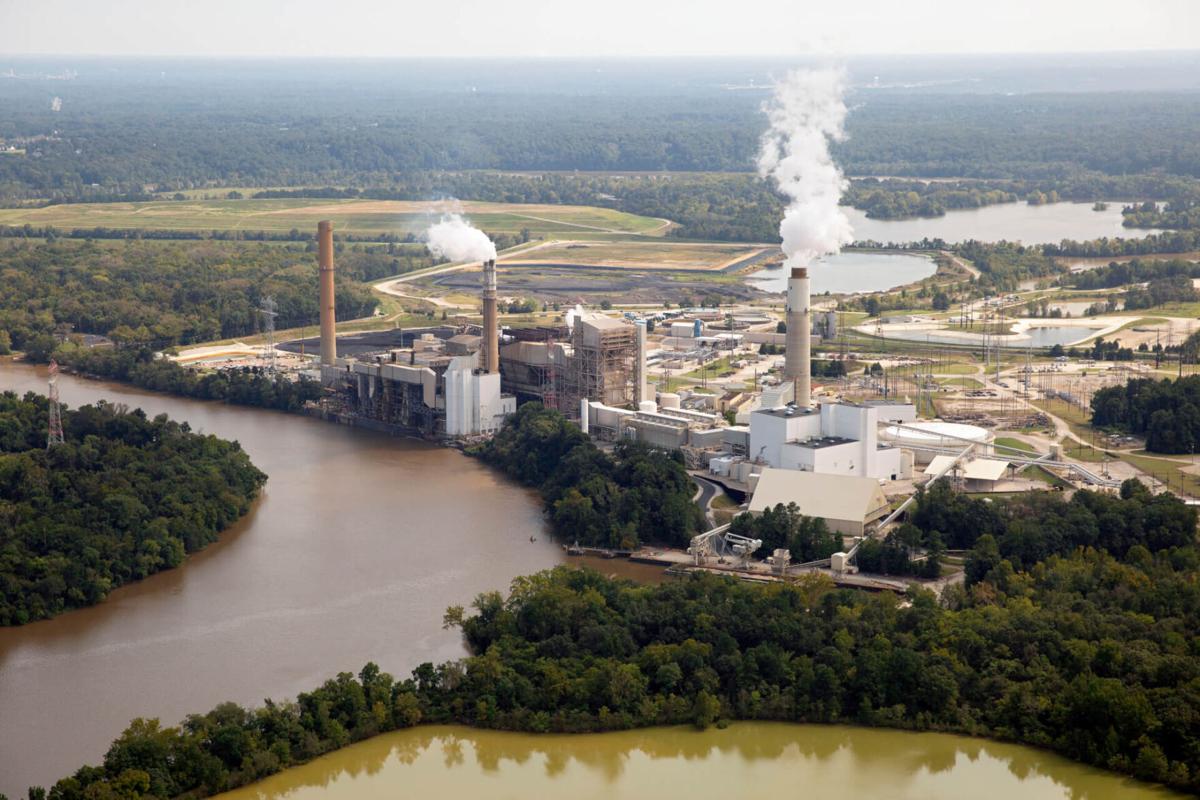 Gov.-elect Glenn Youngkin is pledging to use executive action to pull Virginia out of the Regional Greenhouse Gas Initiative, a carbon market involving 10 other Mid-Atlantic and New England states.

A transition aide for Youngkin said that because Virginia’s participation in RGGI is governed by a contract agreement signed by the Department of Environmental Quality, the governor can withdraw Virginia from that agreement by executive action.

However, Cale Jaffe, director of the University of Virginia School of Law’s Environmental Law and Community Engagement Clinic, said Youngkin can’t do that by executive order because of the way state laws authorizing participation are written.

Youngkin’s pledge comes less than a week after Virginia completed its first full cycle of quarterly carbon auctions, from which it netted $228 million earmarked by law for flood protection and low-income energy efficiency programs.

Earlier this week, Dominion Energy filed an application to update the charges it will pass onto customers for RGGI participation, which are expected to increase the average residential customer’s monthly bill by $4.37 beginning on Sept. 1, 2022.

Dominion spokesperson Rayhan Daudani said that the utility’s view of RGGI “is unchanged from the comments we made to DEQ in 2018: While the company is committed to its ongoing transition to cleaner and lower carbon emitting resources, we are concerned that the commonwealth’s linkage to the Regional Greenhouse Gas Initiative (RGGI) program through the Virginia carbon proposal would result in a financial burden on its customers with no real mitigation of [greenhouse gas] emissions regionally.”

RGGI participation was one of Virginia Democrats’ signature successes after taking control of all branches of state government in 2020, and lawmakers baked the action into two separate pieces of legislation.

The Clean Energy and Community Flood Preparedness Act authorized the Department of Environmental Quality “to establish, implement, and manage an auction program to sell allowances into a market-based trading program consistent with the RGGI program.”

At the same time, the Virginia Clean Economy Act mandated that Virginia’s power grid decarbonize by 2050 and ordered the Air Pollution Control Board to adopt regulations to reduce carbon emissions from any electricity generator larger than 25 megawatts.

Jaffe described the move to abandon RGGI and its revenues as Youngkin “cutting off [his] nose to spite [his] face.”

“The mandate in the code is to get to zero carbon by 2050,” he said. “Leveraging the benefits of a multistate trading market helps us find the most cost-effective way to meet that goal.”

In a statement, however, House Speaker-designee Todd Gilbert, R-15th, of Shenandoah, applauded Youngkin’s move, saying that “public policy must achieve results. If it doesn’t, then it’s not good policy.

“Virginia’s participation in RGGI was premised on the fact that it showed ‘leadership’ in combating climate change. The cost of RGGI to Virginia families and businesses is very real, while the impact of RGGI on climate change is negligible at best — a fact that was documented well before outgoing Governor Northam opted the commonwealth into the pact,” said Gilbert. “In fact, Virginia was reducing carbon emissions from power plants at a rate comparable to RGGI states before joining the cap and trade group.”

Del. Will Morefield, R-3rd, of Tazewell, who filed a bill Tuesday proposing to set aside 5% of RGGI proceeds to set up a flood relief fund for major disasters like the one that devastated the town of Hurley in Buchanan County this August, said Youngkin’s proposed withdrawal “will send a message to my colleagues in the House and Senate that it is highly unlikely Virginia will be rejoining RGGI under a Youngkin administration.”

Morefield’s bill includes a provision stating that if Virginia withdraws from RGGI, $50 million of the state’s unobligated revenues from the auctions will be reallocated to his relief fund, which would also make loans and grants available to economically distressed localities for flood prevention and protection in the event of no disasters.

“I could not think of a more appropriate use for the RGGI proceeds,” said Morefield.

Senate Majority Leader Dick Saslaw, D-35th, of Fairfax, and Senate Democratic Caucus Chair Mamie Locke, D-2nd, of Hampton, said Youngkin’s move “would be incredibly harmful to the health of Virginians, protection of our natural spaces, and preparation for a clean energy economy.

“Governor-elect Youngkin’s proposal to remove Virginia from RGGI would be catastrophic to our commonwealth’s, region’s, and nation’s efforts to ensure a habitable world for future generations,” they said. “We only have one world—with Hampton Roads perpetually flooded, the Chesapeake Bay’s future at risk, and Virginians’ health declining, there is no time left to play politics with Mother Nature.”

This is a breaking news story. It will be updated as more information is available.