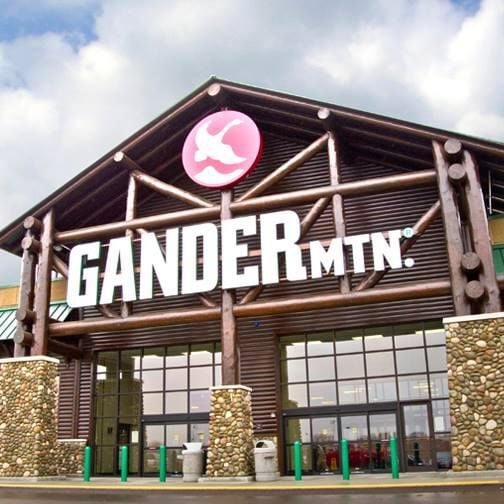 The site of the former Gander Mountain store, located on Prince William Parkway near Potomac Mills, will be used by Walmart to deliver 2,400 COVID-19 vaccine doses in Prince William County. 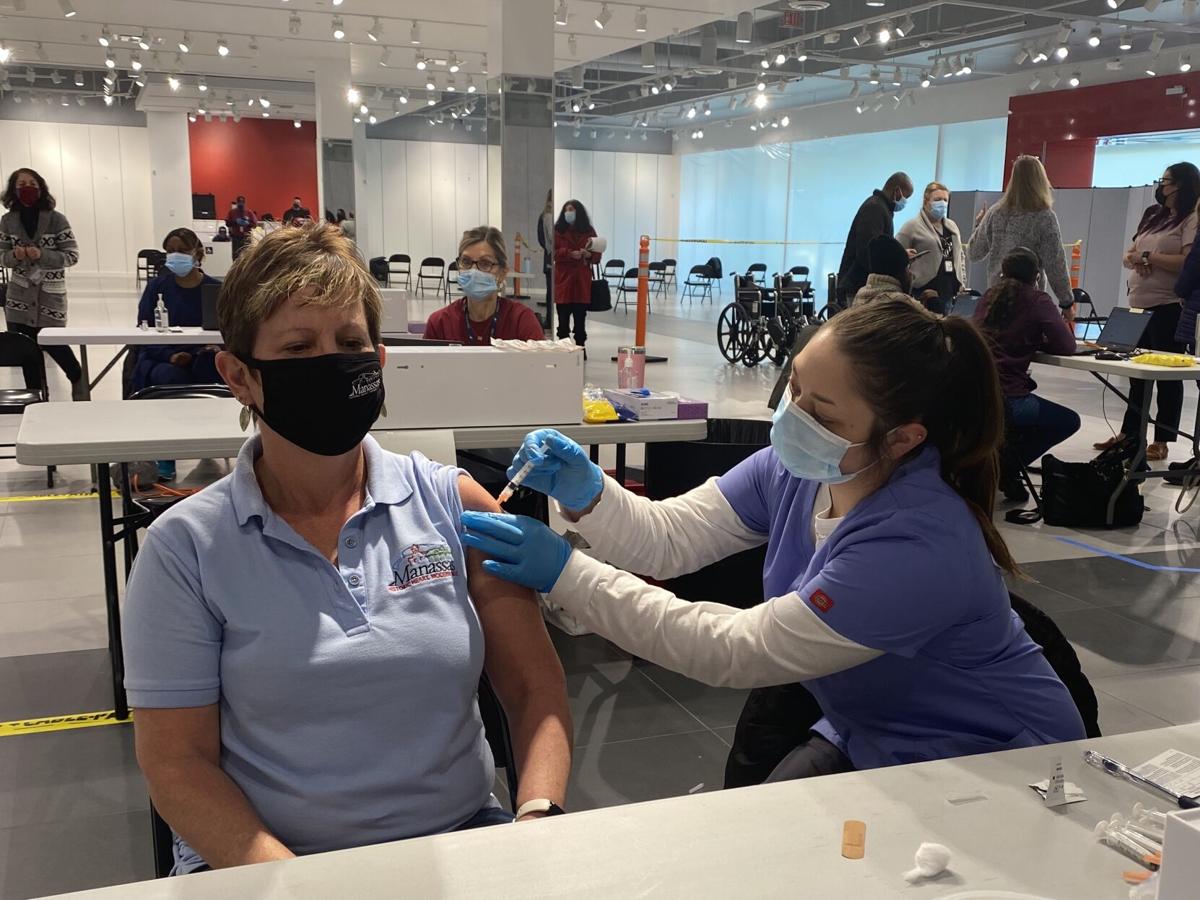 The site of the former Gander Mountain store, located on Prince William Parkway near Potomac Mills, will be used by Walmart to deliver 2,400 COVID-19 vaccine doses in Prince William County.

Walmart is set to administer about 2,400 doses of the COVID-19 vaccine this week from the site of the former Gander Mountain store near the Potomac Mills Mall in Woodbridge, according to Prince William County officials.

The site is apparently the long-awaited large vaccination site that county officials have been negotiating for over the past few weeks. The number of doses, at 2,400, is double the 1,200 doses state officials initially said would be heading to Prince William County this week because of the county's "low" vaccination rate.

Appointments for the vaccinations will be made through the state's waiting list. The state is still offering vaccine only to people in the 1a and 1b priority groups, which includes residents age 65 and older as well as those under the age of 65 with underlying health conditions.

Walmart will deliver about 600 shots a day at the former Gander Mountain site from Wednesday through Saturday of this week, according to county documents.

This is a breaking news story. It will be updated.

The Virginia Department of Health is directing Walmart to administer about 1,200 doses of COVID-19 vaccine in Prince William next week because of the local health district’s “low vaccination rate,” according to Dr. Danny Avula, who is overseeing the state’s vaccination efforts.

In a press call with reporters Friday, Avula said Walmart is administering 1,170 vaccinations weekly in four locations around the state that need the extra boost. The superstore is receiving vaccine from the federal pharmacy program, which is providing a total of 52,000 weekly vaccine doses across Virginia.

“Our Walmart rep[resentative] is onsite in Prince William as we speak,” Avula said during the call. “We are driving toward communities that have low vaccination rates. … What Walmart has agreed to do is go where they are needed based on vaccination rates.”

Walmart has four stores in the Prince William Health District but won’t use any of them as vaccination sites. Rather, it will use a separate location, Avula said Friday.

Avula said he did not know the location Walmart would use in Prince William. The Prince William Health District referred questions to a Walmart representative, who did not respond to an email Friday night.

Walmart will administer vaccine to recipients from the state's vaccine waiting list. Appointments will be made via the state and local vaccine call centers. People should continue to watch their emails and answer their phones in case their names have risen to the top of the priority list. The state is still vaccinating only people in the 1a and 1b priority lists.

News that the Virginia Department of Health has determined the Prince William Health District to be lagging behind other jurisdictions in administering the COVID-19 vaccine follows the release of data this week that shows the health district has administered only 83% of the vaccine doses it has received.

That’s a lower rate of administration than all other health districts in Northern Virginia with the exception of the Fredericksburg Health Department, which has administered 79% of its doses, according to VDH data.

The data runs counter to what local officials have been saying about the county’s progress over the last few weeks.

In response to questions about why the Prince William Health District has had a lower rate of vaccination per capita, health district Director Dr. Alison Ansher said last week that the data was misleading. Ansher said the health district has been vaccinating health care workers and teachers who work in Prince William and live elsewhere, which is causing Prince William’s numbers to skew lower. The rates of vaccination are based on residents of the county who are vaccinated, rather than shots administered in the county.

But the fact the health district has administered a lower percentage of the vaccine doses it has received suggests the county’s capacity for administering shots is not keeping up with its supply of doses.

During the week of Feb. 15, the most recent week for which data has been shared, the county health district had 6,530 vaccine doses to administer at its vaccination sites but the capacity to deliver only 3,600 of them, according to information shared with the Prince William County Board of Supervisors during their Feb. 16 meeting.

Brian Misner, coordinator of the county’s Office of Emergency Management, said the county was using the leftover doses as a “buffer” for the following week.

Meanwhile, the county has had some challenges with finding and keeping vaccination sites. The Prince William Health District recently opened a new vaccination clinic at the Manassas Mall and had been administering shots at Beacon Hall on George Mason University’s Manassas campus and at Potomac Middle School in Woodbridge.

The local health district is in the process of opening a larger facility on the eastern end of the county, but was still in negotiations last week, according to Sean Johnson, a contractor and spokesperson for the Prince William Health District.

Johnson has declined to disclose the possible site of the new clinic or the number of doses of vaccine the county received this past week. A call and email to Johnson for updated information was not returned Friday.

In other vaccine news, Avula said the state is expecting a significant boost in vaccine for the coming week, with an allocation of about 431,000 doses.

The number includes 180,000 first doses; 130,000 second doses; 52,000 doses to be administered by CVS, Walgreens, Walmart, Albertsons, Giant and other private pharmacies and a possible 69,000 doses of the Johnson & Johnson vaccine, which is expected to arrive at the end of coming week, Avula said.

The Johnson & Johnson vaccine will be an especially welcome addition because only one dose is required for full vaccination. VDH officials would be working over the weekend to determine how to best distribute the Johnson & Johnson doses, Avula said.

The state had already boosted its overall vaccine administration rate this week, delivering 71,000 shots in arms on Friday alone. The number was possible because the state received double its weekly allocation this week because last week’s shots were delayed by bad weather.

Avula called the larger allocations “super encouraging” and said Virginia should be able to vaccinate all recipients in the 1b priority group by the end of April. The group includes all residents over the age of 65, all residents between the ages of 16 and 65 with underlying health conditions and a long list of essential workers.

Residents in group 1c and the general population should be begin receiving vaccine in May. By late June, the state should be able to vaccinate about 5 million residents, which is the goal to achieve herd immunity in Virginia, Avula said.

Still, Avula said the state needs to vaccinate about 75% of adults to reach herd immunity and might not get there since about 30 to 32% have said in surveys they do not plan to receive the vaccine.

Come summer, the focus of the vaccination effort will likely shift to trying to persuade reluctant residents to take the vaccine, Avula said.

"I hope the track record of millions of people who have received the vaccine and the potential threat of variants will keep people motivated and underscore the need to for everyone to get vaccinated," Avula said.