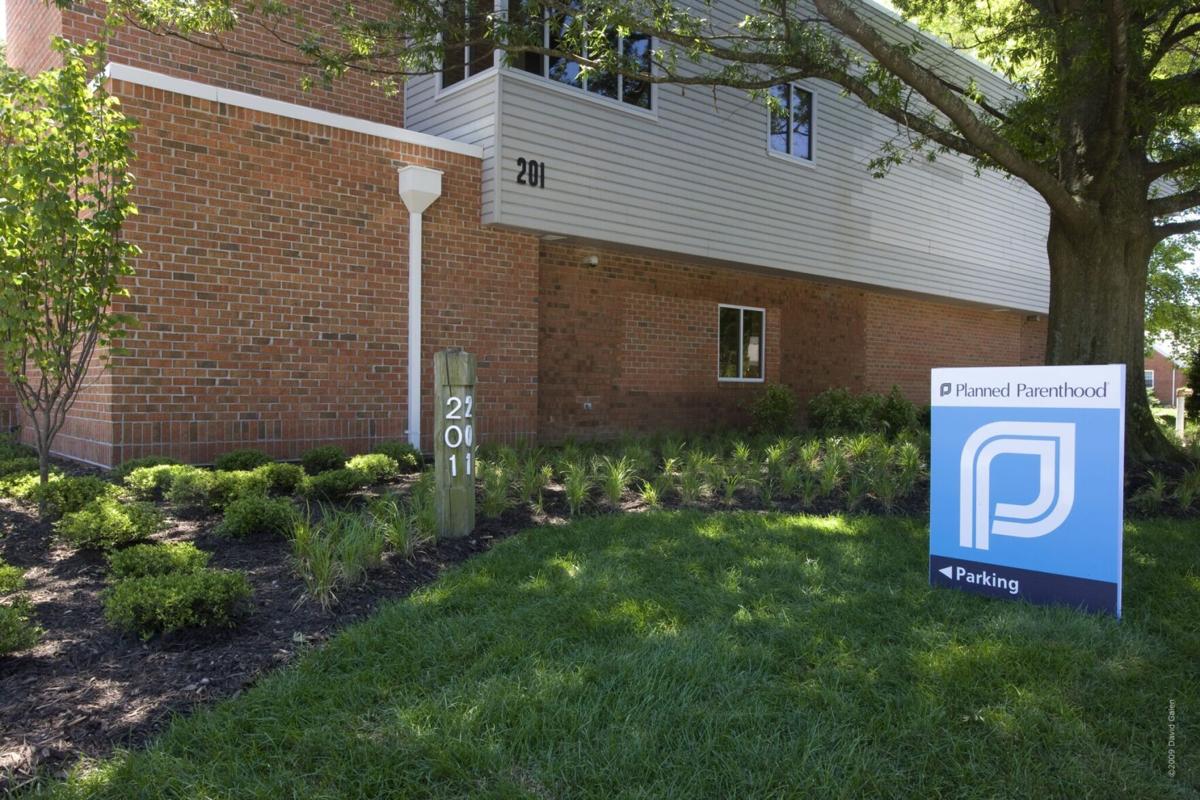 A Planned Parenthood clinic on N. Hamilton St. in Richmond 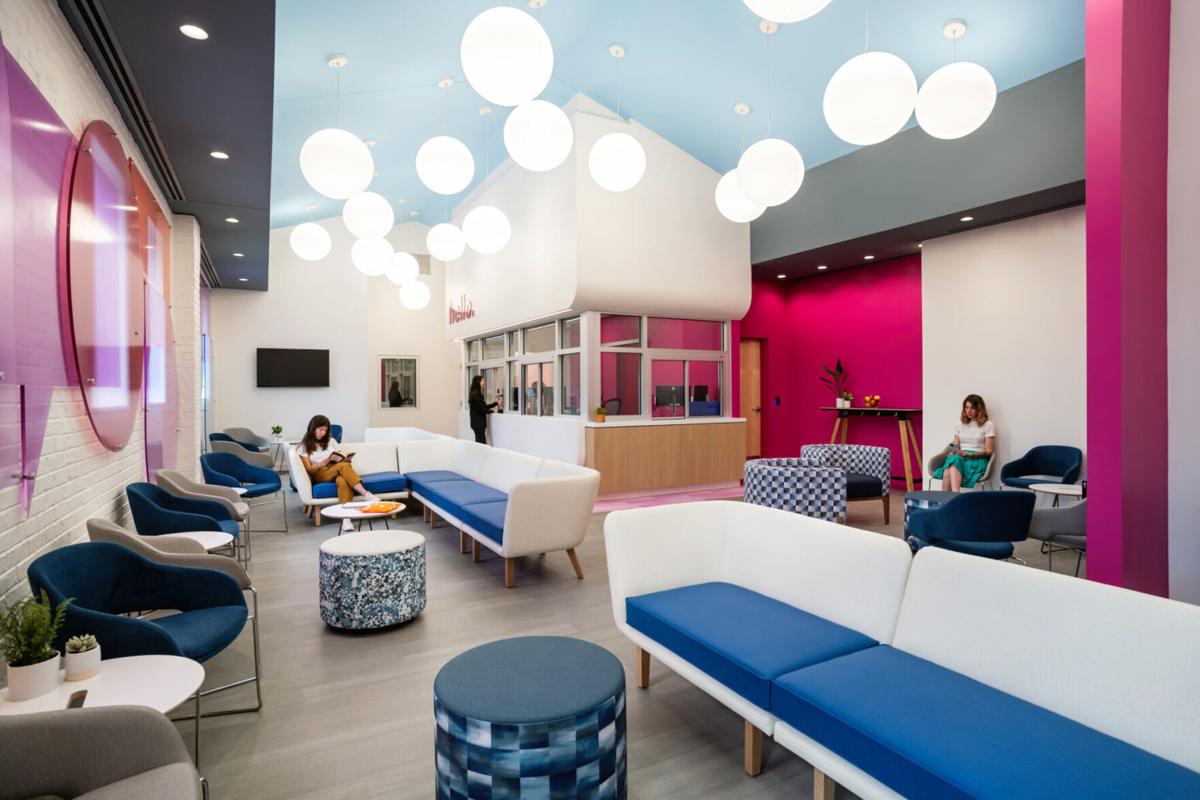 Patients wait in the lobby of a Planned Parenthood clinic in Richmond’s East End. 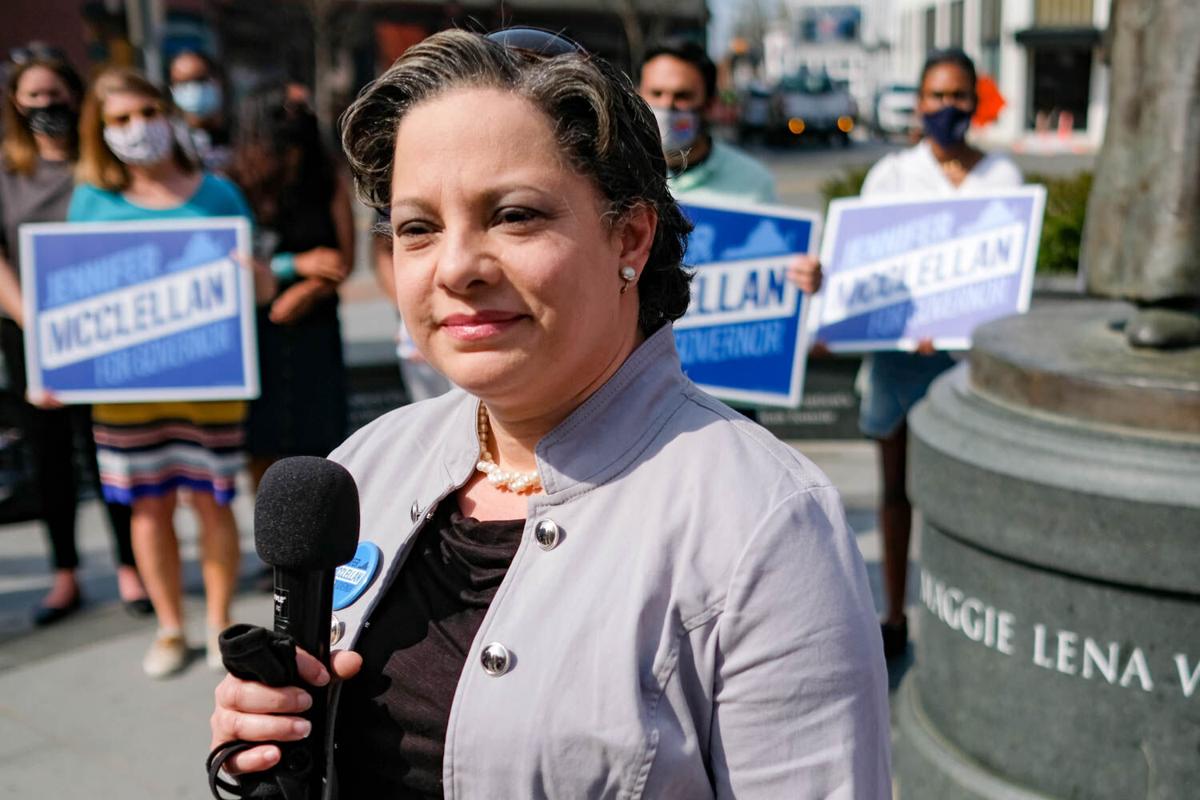 Stat Sen. Jennifer McClellan, D-9th, of Richmond, campaigns for governor in Richmond ahead of the Democratic primary earlier this year.

Starting in October, Virginia patients will be able to access at-home abortion medication through telehealth visits.

Both Planned Parenthood South Atlantic and the Virginia League of Planned Parenthood, which operate six clinics across the state, announced they’ll begin offering abortion medication through the mail after a virtual consultation with a provider. The service will be available across Virginia, eliminating the need for many patients to make an in-person visit.

“I think it opens another avenue for people,” said Dr. Shanthi Ramesh, medical director for the Virginia League. “Especially our patients who are living in rural areas or without reliable transportation.”

The service will only be available to patients who are nine weeks pregnant or fewer — a significant portion of all abortions performed. According to national data from the U.S. Centers for Disease Control and Prevention, just over 92% of all abortions occurred at 13 weeks or earlier. Anecdotally, Ramesh said roughly 75% to 80% of her patients were at nine weeks or below when the abortion was performed.

There’s also a screening process to ensure patients are eligible and to rule out any rare conditions that could affect the procedure. Once they’re screened, patients can schedule a virtual visit, which is mostly to answer questions and develop a follow-up plan, Ramesh said. Planned Parenthood will then provide the two medications involved — mifepristone and misoprostol — through the mail.

Mifepristone blocks the hormones produced during pregnancy, and misoprostol causes heavy cramping and bleeding, a process that’s very similar to a miscarriage. Traditionally, misoprostol is always taken by a patient at home, even when it’s provided at the clinic.

“It’s really able to be timed to when it is most accessible for them to essentially have the medication abortion,” Ramesh said. Patients will also be given medication to manage any side effects such as pain or nausea.

The COVID-19 pandemic and early shutdowns had already spurred Planned Parenthood to dramatically expand its telehealth services, including family planning and gender-affirming care, said Patrick Summers, the director of strategic initiatives for Planned Parenthood South Atlantic. But offering abortion medication through the mail marks a dramatic shift for Virginia, which once made national headlines for its efforts to restrict access to the procedure.

“Virginia is now a bright beacon in the South for its abortion laws,” Summers said. Only a handful of other states, including Maryland, Oregon and Colorado, are currently offering abortion as a telehealth service. In Virginia, it’s only possible due to legislation passed in 2020, which rolled back many of the state’s restrictions.

“Anti-abortion advocates had spent a decade building medically unnecessary hurdles to essential health care,” said Del. Sally Hudson, D-57th, of Charlottesville. After Democrats took control of the Virginia General Assembly in 2019, one of their first actions was to repeal many of those laws. The Reproductive Health Protection Act eliminated the state’s mandatory ultrasound requirement and 24-hour waiting period before an abortion could take place. It also removed building code restrictions — commonly known as TRAP laws — that required clinics to meet some of the same standards as hospitals.

Another restriction only allowed doctors to perform the procedure, Summers said. Both he and Ramesh said the repeal of that law — allowing advanced practice nurses to offer abortions — was also key to Planned Parenthood’s new program.

“It’s really helped expand our pool of available providers,” Ramesh said. “So we have nurse practitioners and certified nurse-midwives who are seeing patients for medication abortion at all of our health centers.”

Advocates emphasize that the procedure — which now accounts for more than a third of all abortions performed in the first trimester — also has a proven safety record. Research shows that it successfully terminates a pregnancy over 99% of the time and has less than a 1% chance of any major complications.

Offering it virtually can also be life-changing for patients who don’t have easy access to a health center, Ramesh said. According to the most recently available data from the Guttmacher Institute, a pro-choice research organization, roughly 93% of counties in Virginia don’t have a clinic that offers abortion.

“We pretty routinely see patients driving 100 miles to visit us,” she said. “A lot of them have to reschedule because their car breaks down on the way or their child care falls through. So this really allows them to access care in a place that feels safe and private and convenient for them.”

Planned Parenthood of Metropolitan Washington, which serves the D.C. suburbs, will also offer virtual abortion to patients in Virginia thanks to the state’s relaxed laws, according to reporting from DCist. Sen. Jennifer McClellan, D-9th, of Richmond, said the expanded services were another indication that Virginia had become a “leader” in reproductive health — not just regionally, but across the country.

Still, she said there’s more work ahead for preserving abortion access in Virginia. The near-total ban on abortion in Texas, which the Supreme Court allowed to take effect, was the first indication that “we’re living in a post-Roe era,” Summers said, referring to the landmark 1973 legal decision. Virginia has repealed many of its restrictions, including a law that prohibited some insurance plans from covering the procedure. But there’s nothing that codifies a person’s right to an abortion in state code.

“Most of what we’ve passed so far has just repealed bad laws,” said Hudson, who sponsored the bill that repealed Virginia’s insurance prohibition (McClellan patroned the bill in the Senate). Both said codifying the right to an abortion would be a priority for Democrats in the 2022 session, especially given the Texas decision and potential impermanence of the most recent rollbacks in Virginia.

In 2020, two members of the General Assembly — Del. Cliff Hayes, D-77th, of Chesapeake, in the House and Sen. Joe Morrissey, D-16th, of Richmond, in the Senate — crossed the aisle to vote against the Reproductive Health Protection Act. Democrats hold a slim majority in the Senate, and the law only passed after Lt. Gov. Justin Fairfax (D) broke the 20-20 tie vote.

“Until we can enshrine that access in the state Constitution, it’s essentially on the ballot every two years,” McClellan said. “This, as well as what happened in Texas, really shows how critical state elections are.”