State employment officials say they began distributing a fresh round of supplemental unemployment benefits on Thursday, making Virginia among the last states in the country to get the money in the hands of jobless residents.

President Donald Trump announced the Lost Wages Assistance program back in early August after it became clear Congress couldn’t agree on a plan to extend the CARES Act. The new $300 weekly benefit began to flow in most states about 30 days later and at this point, most have already wrapped up the program after exhausting the maximum six weeks of coverage Trump’s plan provided.

Virginia is one of five states where the benefits had not yet been distributed as of this week, a review by the Virginia Mercury found. Officials had hoped to send the money out on Sept. 30, but missed the self-imposed deadline, blaming a programming error.

“It’s been miserable,” said Jackson Williams, a 34-year-old construction worker who lives in Virginia Beach and is receiving benefits for self-employed workers, which dropped to $158 a week back in July, when a $600 supplement authorized by the CARES Act expired.

He said he’s now three months behind on rent and has been relying on food banks to feed himself and his 6-year-old son. If the money had arrived as planned, he said he would have been able to avoid additional late fees imposed by his landlord. “It causes anxiety,” he said. “You don’t know the next time anything is coming.”

While the Virginia Employment Commission has touted its record for processing nearly 90% of the claims it received during the pandemic within two weeks, it has struggled to implement a range of new emergency aid programs established since the pandemic began. The Associated Press reported in May that Virginia was one of the last states to begin paying out extended benefits for people whose regular unemployment payments had lapsed. At the time, the commission also cited technical setbacks.

Workers have also struggled with confusing instructions and a byzantine application process. At one point, self-employed workers were instructed to enter a “10-Digit State ID” with no explanation — a request that matched neither their nine-digit federal tax IDs nor their 11-digit state IDs, according to The Virginian-Pilot. It turned out officials had expected workers to enter 10 zeros into the field. The question has since been removed.

The agency has said an antiquated computer system coupled with a surge of applications amid widespread business closures has made it difficult to implement new benefit programs launched since the pandemic began — issues experts say workforce agencies around the country have faced.

Of the 49 states that applied to participate in the Lost Wage Assistance program, only Virginia, Alaska, Nevada, New Jersey and Wisconsin had not yet begun distributing the money as of this week, according to the Virginia Mercury’s review of official statements and news reports detailing the status of the program in all 50 states.

Asked if there were any issues unique to Virginia that led to the latest delay, VEC spokeswoman Joyce Fogg said the fact that the latest funding came from FEMA and had to be routed through the Virginia Department of Emergency Management created additional difficulties.

“To be honest, there was a problem with meshing all those agencies together,” she said.

Fogg said the agency was processing $481 million worth of Lost Wage Assistance benefits Thursday, which she said will go to 389,000 claimants.

Because of the delay, officials say they decided to distribute all six weeks of payments authorized under the program at once, meaning workers who qualify and were claiming benefits between the weeks of Aug. 1 and Sept. 5 should expect a $1,800 deposit.

Under the rules put forward by Trump, only people receiving a weekly benefit of at least $100 qualify.

“It should be in accounts tomorrow or the next few days,” Fogg said. 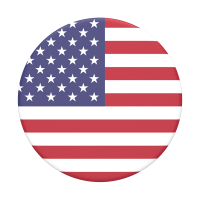 Nancy is trying to figure out how to milk the Covid-19 for another $25 million dollars for saving the spotted owls.

Yes, Pelosi is to blame. That old bat does NOT negotiate. She'd rather hurt America than cooperate with the president. She has a very nasty disposition.

Thank Pelosi for that