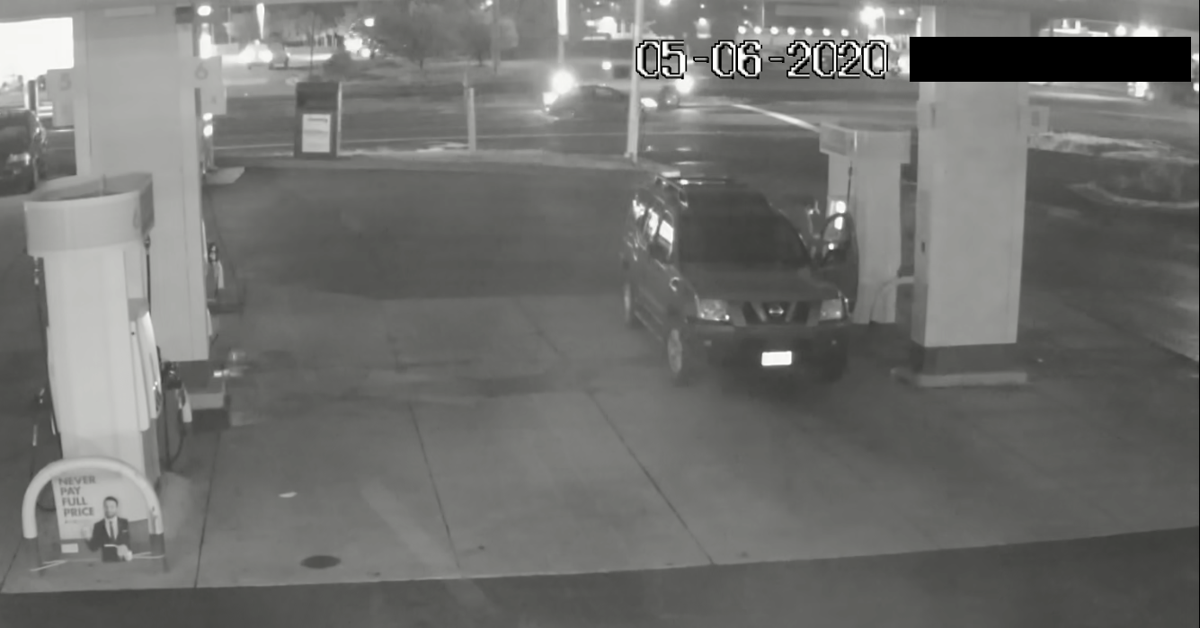 Police are looking for this vehicle, a mid-2000s model, dark-colored Nissan Xterra, in connection with a fatal hit-and-run accident involving a pedestrian Wednesday morning in Manassas. 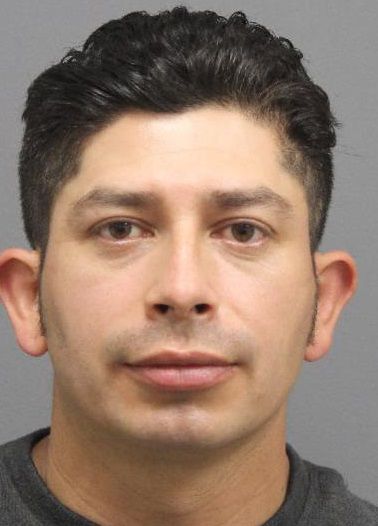 UPDATED: Prince William County police on Monday arrested a Maryland man in connection with a May 6 hit-and-run crash in Manassas that killed a 62-year-old Bristow man.

Police investigators determined the victim, later identified as Alberto Anthony Marino, 62, of Bristow, was struck by two vehicles while walking in the area of Sudley and Balls Ford Road sometime before 5 a.m. on Wednesday, May 6, according to a police report of the incident.

The victim is believed to have been struck first by a silver Toyota Corolla and later by a Nissan Xterra SUV, which pulled into a nearby gas station after striking the victim, police said.

The driver of the Xterra was identified from information obtained from the gas station. The driver was determined to have been traveling to Manassas for work on the morning of the crash, Officer Renee Carr, spokeswoman for the Prince William County Police Department, said in a Tuesday news release.

Investigators are still seeking the identity of the driver in the Toyota Corolla that initially struck the victim. The Corolla is likely to have damage to the passenger side of the front bumper and missing the passenger-side mirror, Carr said in a news release.

Walner Alberto Pinite Echeverria, 35, of Frederick, Maryland, was arrested and charged with felony hit and run in connection with the incident. He was being held without bond Tuesday for a Sept. 15 court hearing, the release said.

May 7 report: Prince William County police are now searching for a second vehicle in a fatal hit-and-run accident involving a pedestrian that occurred Wednesday morning in Manassas.

Investigators have determined the victim, identified as Alberto Anthony Marino, 62, of Bristow, was struck by two vehicles as he crossed Sudley Road in the vicinity of Balls Ford sometime before 5 a.m. on Wednesday, May 6.

The accident was reported to police about 5 a.m. Marino was transported to an area hospital where he died as a result of his injuries, according to an earlier police press release.

After reviewing surveillance footage, police investigators have determined Marino was initially struck by a newer-model silver Toyota Corolla that was traveling on Sudley Road.

The vehicle continued straight on Sudley Road and did not turn onto Balls Ford Road, as was initially believed and reported, Prince William County police spokesman 1st Sgt. Jonathan Perok said in a Thursday news release.

Moments after the victim was initially hit, a second vehicle struck the victim as he lay in the roadway. The second vehicle then pulled into a nearby service station, where the driver was seen pumping gas before driving away a short time later, Perok said.

The driver is described as a light-skinned male of unknown race. The second vehicle is described as a mid-2000s model, dark-colored Nissan Xterra. The vehicle may not have noticeable damage from the collision, Perok said.

Anyone with information regarding this case is asked to contact the Prince William County Police Department tip line at 703-792-7000 or submit a web tip to: www.pwcgov.org/policetip.

Original story: Prince William County police are looking for a silver-colored sedan that fled the scene of an early morning crash in Manassas that killed a pedestrian. It is the second pedestrian fatality in the county in less than a week.

Officers responded to the area of Balls Ford and Sudley roads in the Manassas area of Prince William County at 5 a.m. Tuesday, May 6, where they found a 62-year-old man who had been struck while walking in the roadway, according to a police news release.

The man, Alberto Marino, of Bristow, was transported to an area hospital where he died as a result of his injuries, the release said.

After the crash, the striking vehicle fled westbound on Balls Ford Road. The vehicle is described as a silver-colored sedan, possibly a Toyota Corolla, with damage to the passenger-side mirror and additional damage on the passenger side, the release said.

Anyone with information regarding this case is asked to contact the Prince William County Police Department tip line at 703-792-7000 or submit a web tip to: www.pwcgov.org/policetip.

A Woodbridge woman died last weekend after she was struck by a vehicle while walking her dog on a sidewalk along Cardinal Drive, according to police.

Deborah Lynn Talbot, 50, of Woodbridge, died after she was hit by a vehicle traveling east on Cardinal Drive when it jumped the curb and crossed a sidewalk in the area of Swan Avenue.

The incident occurred at about 2:24 p.m. Friday, May 1. Talbot lived in the area and out walking her dog along the sidewalk when she was hit.

The driver did not leave the scene of that crash, which is still under investigation.

and they want to remove the 287g program that get's these criminals off our streets..the undocumented have more privilages than the documented here in PWC.