Prince William County police are searching for this man in connection with a Nov. 5 double homicide at a residence in the 14100 block of Renegade Court in Dale City. 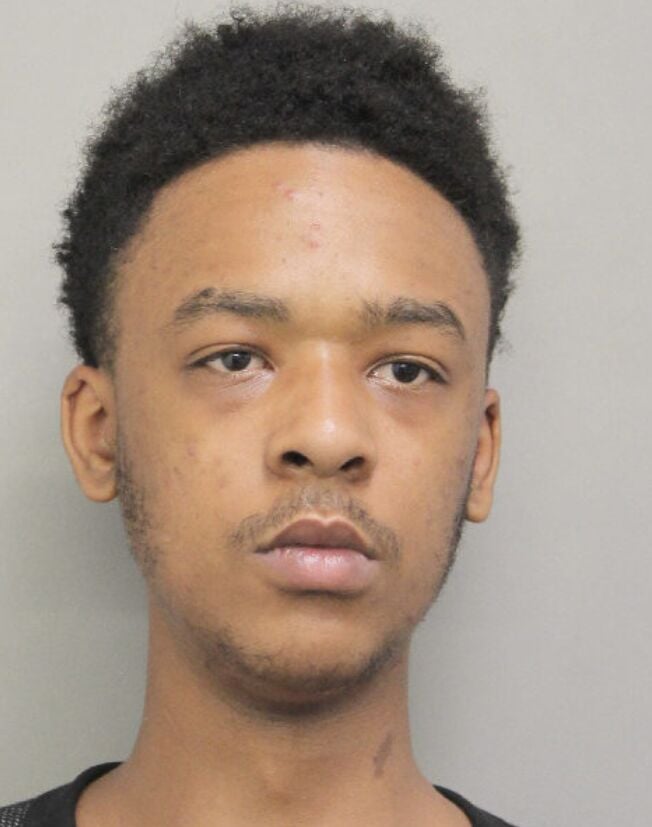 Julian Khari Graham, 20, of Woodbridge, was arrested Wednesday, Nov. 10, in connection with a Nov. 5 double homicide in Dale City.

Prince William County police have arrested a 20-year-old Woodbridge man in connection with a Nov. 5 double-homicide in Dale City that left two other 20-year-old men dead and a 21-year-old injured.

Julian Khari Graham, 20, of 1760 Riverbend Way, in Woodbridge, was arrested and charged Wednesday, Nov. 10, five days after he allegedly fled the scene of the fatal shootings in a 2014 Jeep Cherokee.

Graham has been charged with murder in the second degree, burglary while armed and use of firearm in commission of a felony, according to 1st Sgt. Jonathan Perok, Prince William County Police Department spokesman.

Graham is being held without bond at the Prince William-Manassas Adult Detention Center, Perok said in a news release.

Graham was identified as the second suspect in the shooting, which occurred after two men forcibly entered a home in the 14100 block of Renegade Court in Dale City sometime before  11:30 a.m. on Friday, Nov. 5, according to police.

The two suspects exchanged gunfire with a 20-year-old man who lived in the home. The shooting resulted in the death of the 20-year-old resident, Joseph James Harden, and one of the suspects, 20-year-old Zhabriell Antoine Perkins, of Woodbridge, police said in an earlier press release.

A 21-year-old man who was working inside the home was also shot and injured during the incident. He suffered non-life-threatening injuries and has not been identified by police.

The homeowner, an adult woman, was also inside the home during the shooting along with a second male worker. Neither the homeowner nor the other worker were hurt, police said.

Graham allegedly fled the home after the incident and had been on the run for the past five days. Police have not yet disclosed where Graham was arrested or how he was identified as the second suspect.

Police have said the incident was not random.

“Harden is believed to have been targeted in the encounter,” Perok said in an earlier news release.

The fatal shootings occurred after two men forced their way into a home on Renegade Court and exchanged gunfire with a 20-year-old resident who was killed along with one of the suspects, according to police.

The incident was reported to police at about 11:30 a.m. on Friday, Nov. 5. Officers arrived at the home, located in the 14100 block of Renegade Court in a residential area off Spriggs Road, and found three men suffering from gunshot wounds.

Police immediately rendered first aid to the wounded, but two died at the scene.

The two men who were killed were identified Saturday afternoon as Joseph James Harden, 20, who lived at the home, and Zhabriell Antoine Perkins, also 20, who was one of the two men who charged into the home that morning, according to 1st Sgt. Jonathan Perok, Prince William County Police Department spokesman.

The third man, a 21-year-old contractor, suffered non-life-threatening injuries in the shooting and was taken to a nearby hospital for treatment. The homeowner, a 59-year-old woman, was not injured, Perok said in a news release.

The second suspect remained at large on Saturday afternoon, but police released a photograph of him and his black 2014 Jeep Cherokee. The vehicle has a silver trim package and Virginia temporary license plates: 98254K, the release said.

The suspect is described as a Black male, approximately 6 feet 3 inches tall with a thin build. He was last seen wearing a black jacket with a stripe on the sleeve and black pants, the release said.

Anyone with information regarding the incident or the suspect is asked to contact the Prince William County Police Department tipline at 703-792-7000 or submit a web tip to: pwcva.gov/policetip.

Police say Harden is believed to have been targeted in the encounter, which was not random.

More information will be released when available. The investigation continues, the release said.