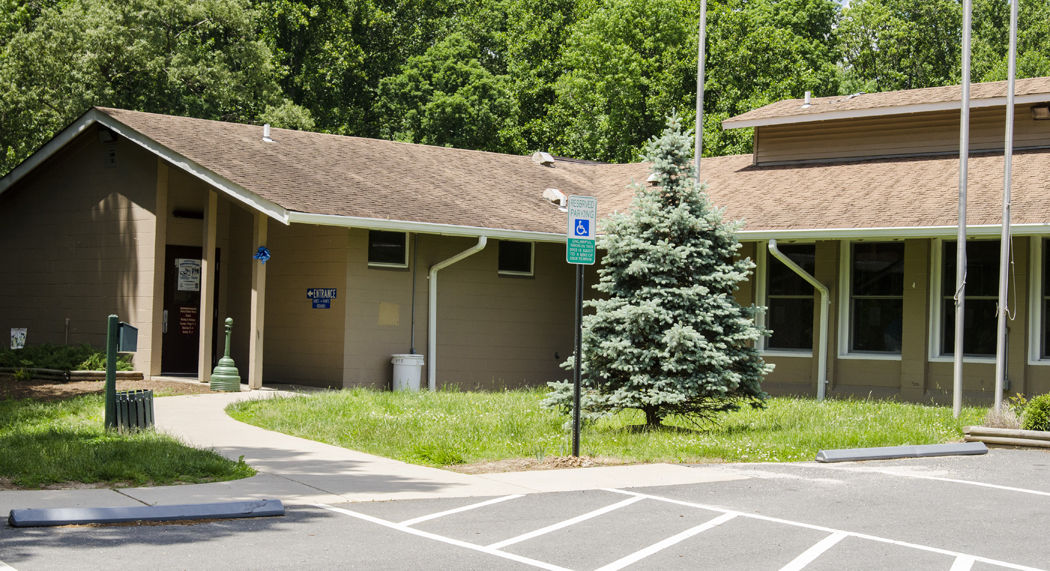 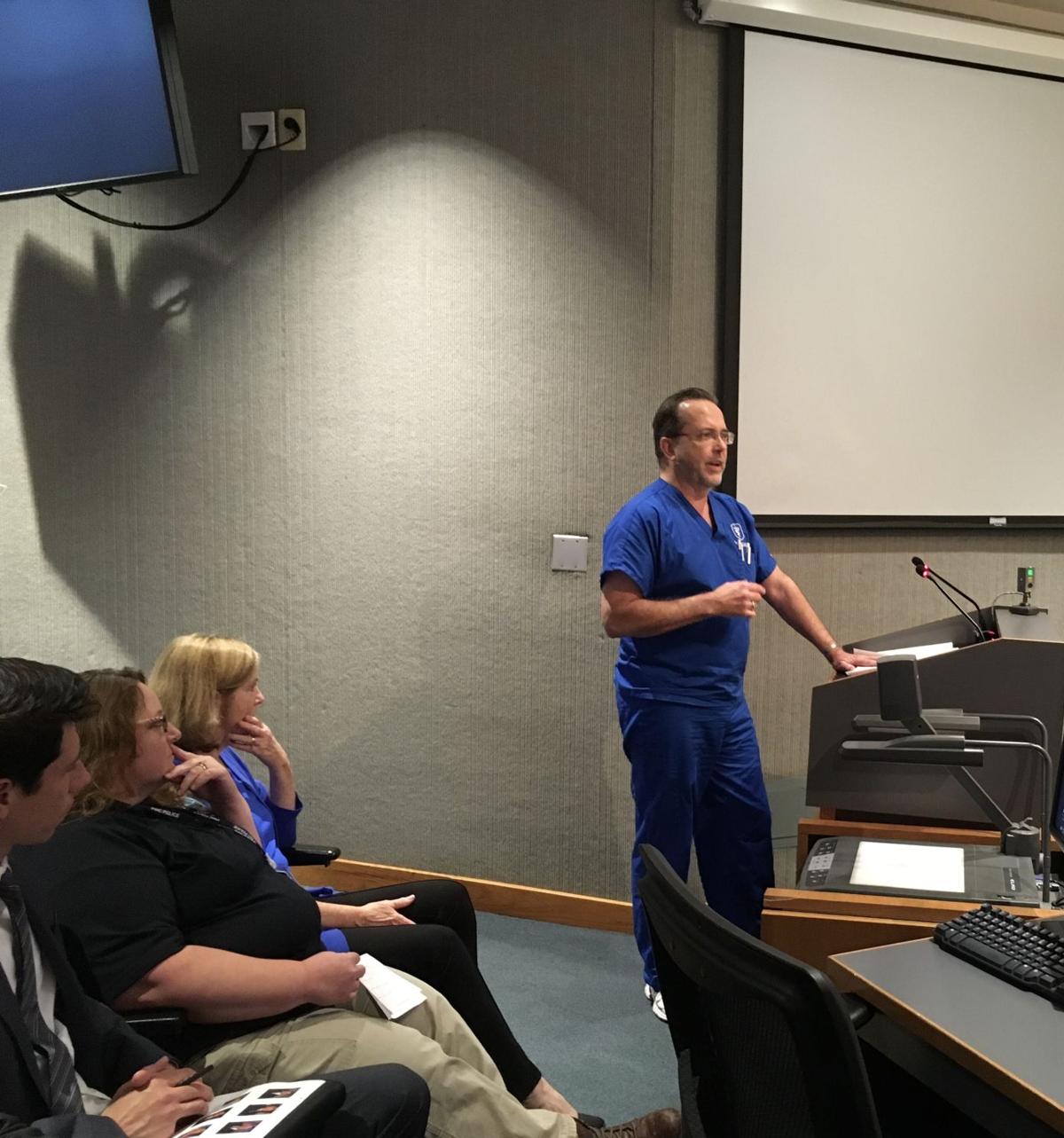 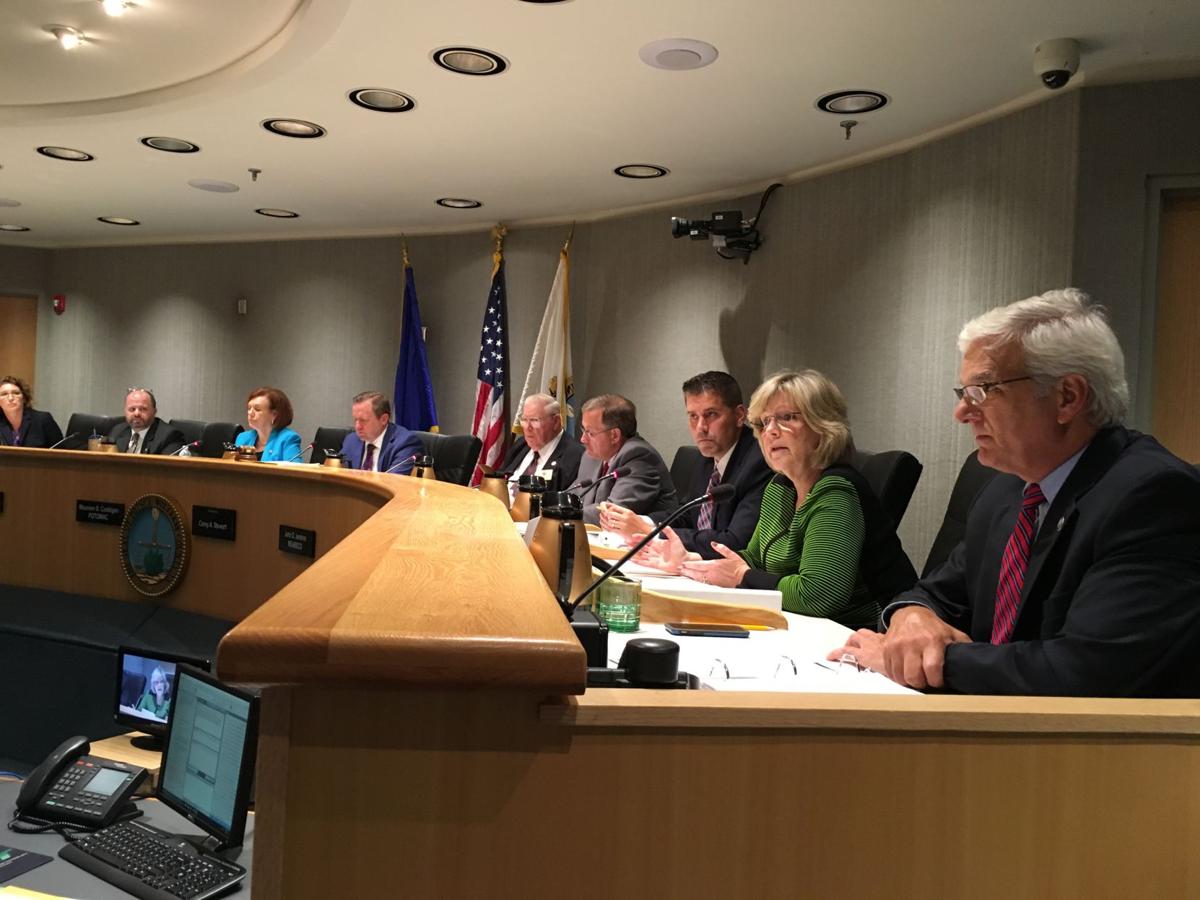 The Prince William Board of Supervisors (file photo).

The Prince William Board of Supervisors (file photo).

Prince William County is getting a new animal shelter and it will be the much-touted, $14.2 million “Option C,” the design favored by hundreds of animal advocates across the county.

The county supervisors voted 7 to 1 Tuesday, Sept. 19, to approve the design, one of four under consideration to replace the existing 43-year-old shelter located on Va. 234 near Bristow Road. Construction on the new shelter could begin as soon as next year. The new facility is expected to open in 2021.

The lone vote against the shelter was cast by Supervisor Pete Candland, R-Gainesville, who said he had too little information to justify spending about $1.5 million in excess of what the board initially discussed for the shelter, which was about $12.7 million.

The meeting drew about 70 people, many of whom came to the podium to speak in favor of Option C because of its size and compliance with national standards for community animal shelters.

Indeed, according to a recent audit of the animal shelter, the facility serves about 5,400 animals a year, more than 20 percent of which are euthanized. About 12 percent of the dogs in the shelter’s care are put down, the audit found.

Although the shelter does not euthanize animals because of a lack of space, the audit blamed overcrowding on stressful conditions that sometimes result in aggressive behavior that can prevent dogs from being eligible for adoption.

For those reasons and others, the county board has been discussing renovating or replacing the existing shelter for more than 10 years but put it off, Board Chairman Corey Stewart said, first because of recession-driven budget constraints and then because of the need to prioritize other capital- improvement projects, including police and fire stations, park improvements, new libraries and schools.

But the supervisors finally put money for a new animal shelter in their five-year plan two years ago and last year committed $1 million to design a new facility. The board was presented four designs for the shelter in August that ranged in price from $11 to $16 million.

The board then scheduled their vote about six weeks later, on Sept. 19, so community members would have a chance to weigh in on the choices.

And weigh in they did. Between the Aug. 1 meeting and the Sept. 19 vote, supervisors said they’d received dozens of emails as well as online petitions containing hundreds of signatures expressing support for a new shelter, in general, and Option C in particular.

The Option C design was the second-most expensive at an estimated $14.2 million. But it was touted as the most optimal because of its ample size – it’s more than four times bigger than the current shelter – and its many features that make it compliant with the Association of Shelter Veterinarian guidelines for community animal shelters.

Option C calls for tearing down the existing shelter and building an all-new, 28,105-square-foot facility that would accommodate 106 cats and 56 dogs. The new shelter would also feature a large, “welcoming” lobby; “complete” veterinarian space, including room for isolation, quarantine and recovery; offices for animal control officers and a multi-purpose room for staff and community events, according to a county report.

County Architect Lou Ann Dorrier said Option C is big enough to eliminate all the existing out buildings on the current shelter site and would include all ground work, parking areas and equipment and furnishings needed to run the shelter.

“There’s no glitz or glitter but we’ve got good, solid materials in the building and the design is the most efficient we’ve seen,” Dorrier said.

Still, advocates were concerned the supervisors would balk at the price. That’s why a coalition of representatives from animal welfare groups turned out to show their support for the shelter.

Many were organized by 12-year-old Sophia Vitter, who spoke at the podium to encourage the board to pick Option C.

Sophia said her family adopted a dog, two cats and a bunny from the shelter but that the dog, Ruby, required immediate veterinary care. The shelter told her parents they would put Ruby down if the cost of treating her was too high, something that fortunately was not necessary.

“Several of you seem to have concerns about the cost of the new animal shelter,” she said. “Is the cost of the new shelter not worth every single animal life it will save? If for some reason one of your pets had to go to the shelter, wouldn’t you want them to have the best chance of being adopted instead of being put down? I would.”

Candland said he, too, agreed the county needed a new animal shelter but said he hadn’t yet received enough information from county staff about why the cost had to be so high and felt the county still had other obligations to consider.

But Supervisor Jeanine Lawson, R-Brentsville, and Ruth Anderson, R-Occoquan, who often vote with Candland, said they understood that the shelter is a “specialized” facility that requires extra durable finishes and specialized equipment that justify the cost.

Supervisor Marty Nohe, R-Coles, who made the motion to approve Option C for the new shelter because the shelter is in his district, said it made sense to spend more to get a shelter that will last “generations.”

“The time has come to make the animal shelter our new top priority,” Nohe said.