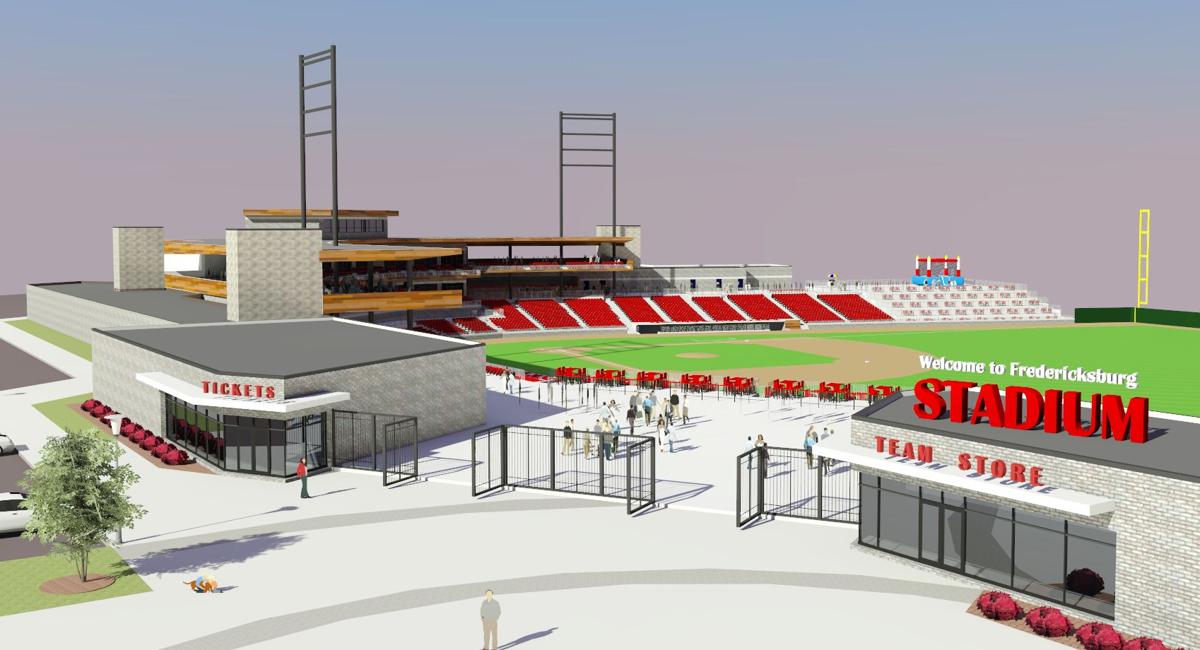 The Fredericksburg City Council voted unanimously Tuesday to seal the deal on a new stadium for the Potomac Nationals, meaning the minor league baseball team that has called Prince William County home since 1984 will move 35 miles south in time for opening day 2020.

The agreement calls for the team to finance, build and maintain the 5,000-seat stadium. The City of Fredericksburg will be considered an “anchor tenant” and will contribute $1.05 million annually to the team for 30 years.

The city plans to cover its commitment through money generated by the stadium, including an estimated $700,000 in tax revenues projected by consultant studies completed when the city was mulling a stadium deal with the Hagerstown Suns in 2013.

The team has pledged to change its name and its mascot to incorporate Fredericksburg.

The team expects to break ground on the stadium next month to have it open in time for the 2020 season, according to a report in the Fredericksburg Free-Lance Star.

In comments made before the vote, Fredericksburg City Councilman Matt Kelly predicted the stadium's benefits would return to the city “tenfold,” the Free-Lance Star reported.

“I’m not even talking about revenue, just community-building, hopefully working toward diversity as Councilor Frye has brought up, and really, truly bring us together,” Kelly said. “This has never been an issue for me as a being moneymaker. This is a community amenity that greatly enhances our residents’ quality of life.”

Negotiations on a Prince William stadium fizzled in 2017

The decision comes about a year after the team’s negotiations with the Prince William County Board of Supervisors fell apart in July 2017.

County officials and the Silber family, who own the team, had been working for about five years on a plan to build a $35 million, 5,000-seat stadium on about 10 acres of undeveloped land behind Wegmans at Stonebridge at Potomac Town Center.

Pfitzner Stadium, where the team has played for more than three decades, no longer meets Minor League standards, prompting the team’s efforts to build a new home.

Under a complex deal in the works at the time, the new Woodbridge stadium would have been financed through Industrial Development Authority bonds with the team pledging to pay about $2.7 million a year in financing on the bonds and “ground rent” to JBG companies, which owns the shopping center.

Supervisor Pete Candland, R-Gainesville, was a vocal critic of that proposal because of the risk it posed to taxpayers.

The county would be liable for the $2.7 million in annual payments if the team couldn’t pay, Candland argued at the time. The county was also considering spending about $12 million to prepare the site and build new roads needed to accommodate stadium traffic.

Candland led an effort to put the deal before voters in a referendum on the November 2017 ballot.

The Silber family -- and supervisors who supported the stadium deal -- opposed that plan because it would have slowed negotiations with the team.

The referendum vote failed in a 4-to-4 tie. Board members who cast votes in favor of the referendum included Candland and Supervisors Ruth Anderson, R-Occoquan; Maureen Caddigan, R-Potomac; Jeanine Lawson, R-Brentsville.

Supervisors voting against the referendum – and, in effect, in support of continuing negotiations on the new stadium – included Board Chairman Corey Stewart, R-At Large; and Supervisors John Jenkins, D-Neabsco; Marty Nohe, R-Coles; and Frank Principi, D-Woodbridge.

Less than a month later, Stewart pulled a vote on the stadium from the board’s agenda and declared the deal “dead” because of a lack of a majority of board members.

Nohe later told the Prince William Times that the team’s reluctance to put aside a $2.7 million reserve fund for the stadium’s annual payments – in case the team did not earn enough revenue to pay -- was among the issues that tanked the deal.

What’s next for Pfitzner?

It’s not clear what the Prince William supervisors will do with Pfitzner stadium when the team leaves in 2020.

The county is moving ahead with a state-funded parking garage that was to have accompanied the stadium while also providing commuter parking during the day. But supervisors have not yet publicly announced where the parking lot will be located.

A recently completed study analyzed thee possible locations: Stonebridge at Potomac Town Center; Dale Boulevard near Interstate 95, where the At Home store is currently located; and behind the Potomac Festival shopping center on Opitz Road.

The Prince William Board of Supervisors is looking toward a future for G. Richard Pfitzn…

Potomac Nationals announce talks for a new stadium in Fredericksburg