Despite initial concerns, a police investigation into bullet holes found in two Woodbridge townhomes, a garage and a mailbox over the weekend has so far turned up no evidence of any connection to members of the local Muslim community, according to Prince William County police.

Officers were called to an area of townhomes on Chaste Tree Place and Cavallo Way, located in the County Center area off Ridgefield Drive in Woodbridge, about 11:30 p.m. on Friday, Nov. 15, and again about 6:23 a.m. on Saturday, Nov. 16.

Their investigation revealed that sometime between 10:30 and 11 p.m. on Friday, shots were fired in the area of the 4900 block of Chaste Tree Place, where officers located shell casings, according to Sgt. Jonathan Perok, spokesman for the Prince William County Police Department.

Four structures were struck by gunfire: a home on Chaste Tree Place, a home on Cavallo Way, an exterior garage light on Cavallo Way and a community mailbox. There were no reported injuries, Perok said in a news release.

The shooting “appears random and there’s no indication the property struck were targeted,” Perok said.

The incident raised concerns among members of the Dar Alnoor Community Center, which has faced some community pushback in recent weeks over a planned expansion of their mosque on Hoadly Road. An imam who is part of the Dar Alnoor community lives in the area where the gunshots were reported, said Rafi Uddin Ahmed, president of the Muslim Association of Virginia.

Ahmed raised concerns about the incident via social media on Sunday, suggesting it could be part of a negative response to the mosque’s effort to receive county approval for an addition to the mosque that would accommodate a new private school, banquet hall and possible medical clinic.

Ahmed noted trash had also recently been dumped in the imam’s lawn, and that the incidents followed the distribution a few weeks ago of printed door-hangers expressing opposition to the mosque’s expansion.

The Prince William County Planning Commission voted 5 to 3 on Wednesday, Nov. 6, to give its approval to the special-use permits the mosque needs for the new construction. The matter will now go to the board of supervisors for final approval.

But the police investigation similarly found no connection between the dumped trash and particular members of the community, Perok said.

“There is no connection between the victims of the property damage other than being neighbors in the same community,” Perok said in an email. “Any complaint regarding garbage was miscommunicated, apparently. From our understanding, the community has a litter problem.”

Ahmed said the community would continue to keep their “eyes and ears open” as they work with neighbors who have expressed what he called “legitimate” concerns about the mosque expansion, including those regarding traffic and possible disruption to nearby residential areas.

“The door hangers, we don’t know who was behind it because no one took the responsibility. They were not brave enough to reveal their identity,” Ahmed said.

The police investigation into the gunfire continues, Perok said. 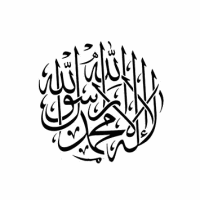 @zcxnissan, you are making up stuff based on nothing but your misguided assumptions. I was there when the police knocked on the door of the 80 year old imam whose mailbox was shot, and the police were trying to retrieve the bullet from inside the mailbox. On top of that, trash was dumped on the on the sidewalk of his condo previous to this incident, after the mosque he is affiliated with gained the permission for expansion. Clearly he was targeted, so NO: this was not "another attempted hoax, to get sympathy for special privileges."

The police even disagreed with you.

So can I perceive your assumed slight is a hoax Sidiq?

Another attempted hoax, to get sympathy for special privileges.