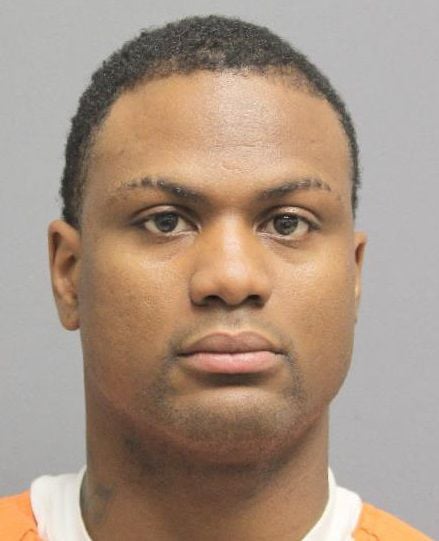 Prince William County police released this photo of a suspect in connection with the armed robbery of a McDonald's drive-thru attendant on Friday, Oct. 4.

UPDATED: Police have arrested a Manassas man in connection with last week's armed robbery of a McDonald's drive-thru on Balls Ford Road.

Following the investigation, Charles Terraine Williams Barnes Jr., 29, of Manassas, was arrested without incident. He is being held without bond at the Prince William County Adult Detention Center on charges of robbery and use of a firearm in commission of a felony in advance of a Nov. 14 court date.

Original story: Does this person look familiar? Police have released a photograph of a suspect in an armed robbery of a McDonald’s drive-thru attendant late Friday afternoon.

An employee of the McDonald’s at 10730 Balls Ford Road in Manassas called police at about 4:55 p.m. Friday, Oct. 4, to report that an unknown man left his vehicle, approached the window, brandished a gun and reached through the window to take money from the open register, according to Officer Renee Carr, spokeswoman for the Prince William County Police Department.

The man then returned to his vehicle and fled the scene. The employee immediately contacted the police. No injuries were reported, Carr said in a news release.

Police released a surveillance photo Monday and are looking for a black man, between 18 and 25, of medium build with black dreadlocks, a goatee, mustache and tattoos on both arms and his left hand in connection with the incident.

The man was driving a beige colored Mitsubishi Mirage and was last seen wearing a black beanie-style cap, a black T-shirt with a yellow/red image and dark jeans, the report said.

That will wind up being the most expensive few dollars he ever stole.