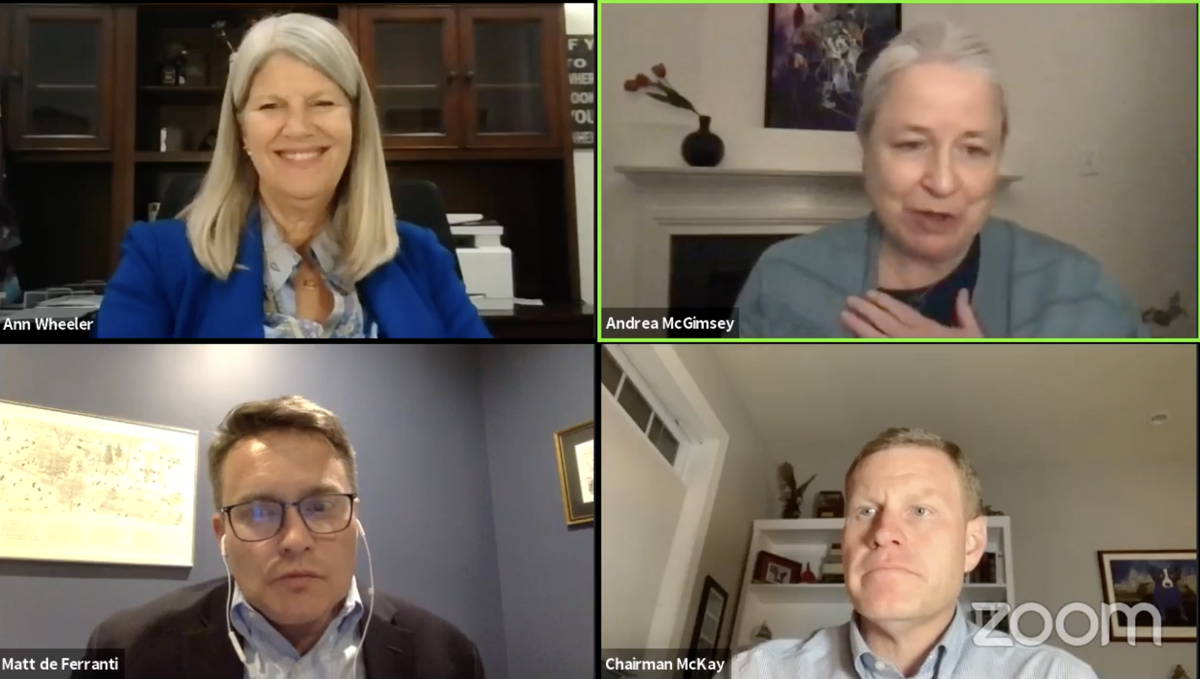 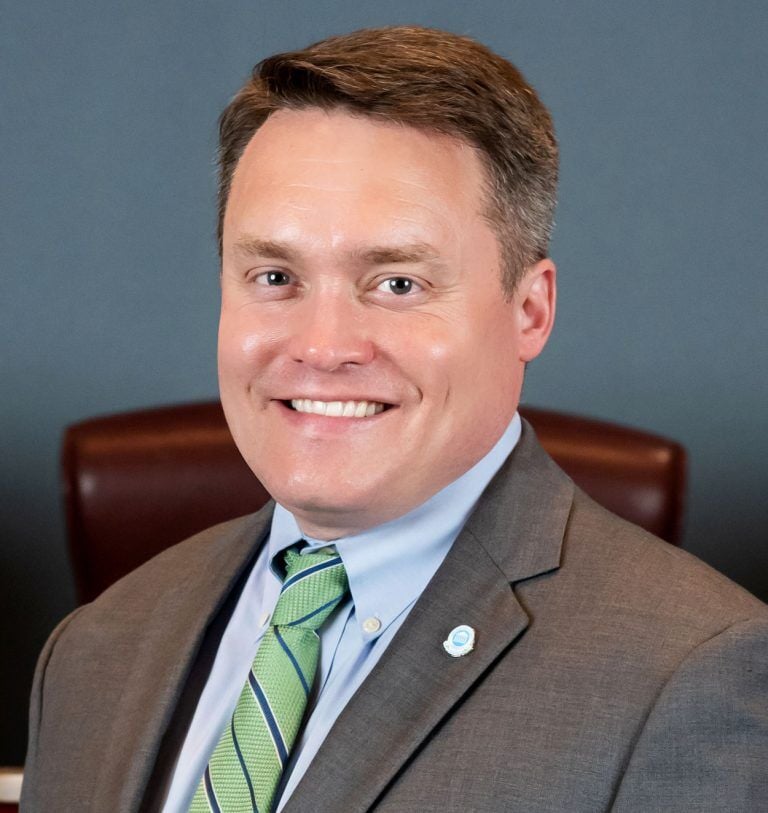 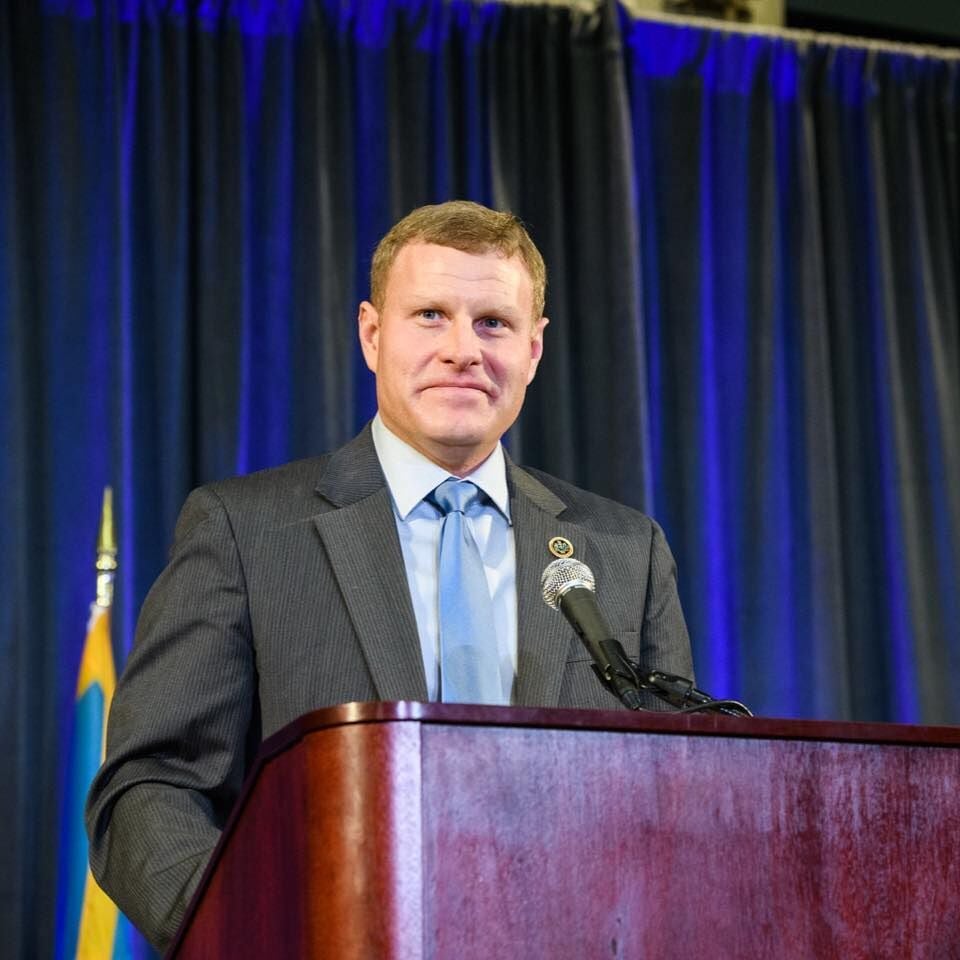 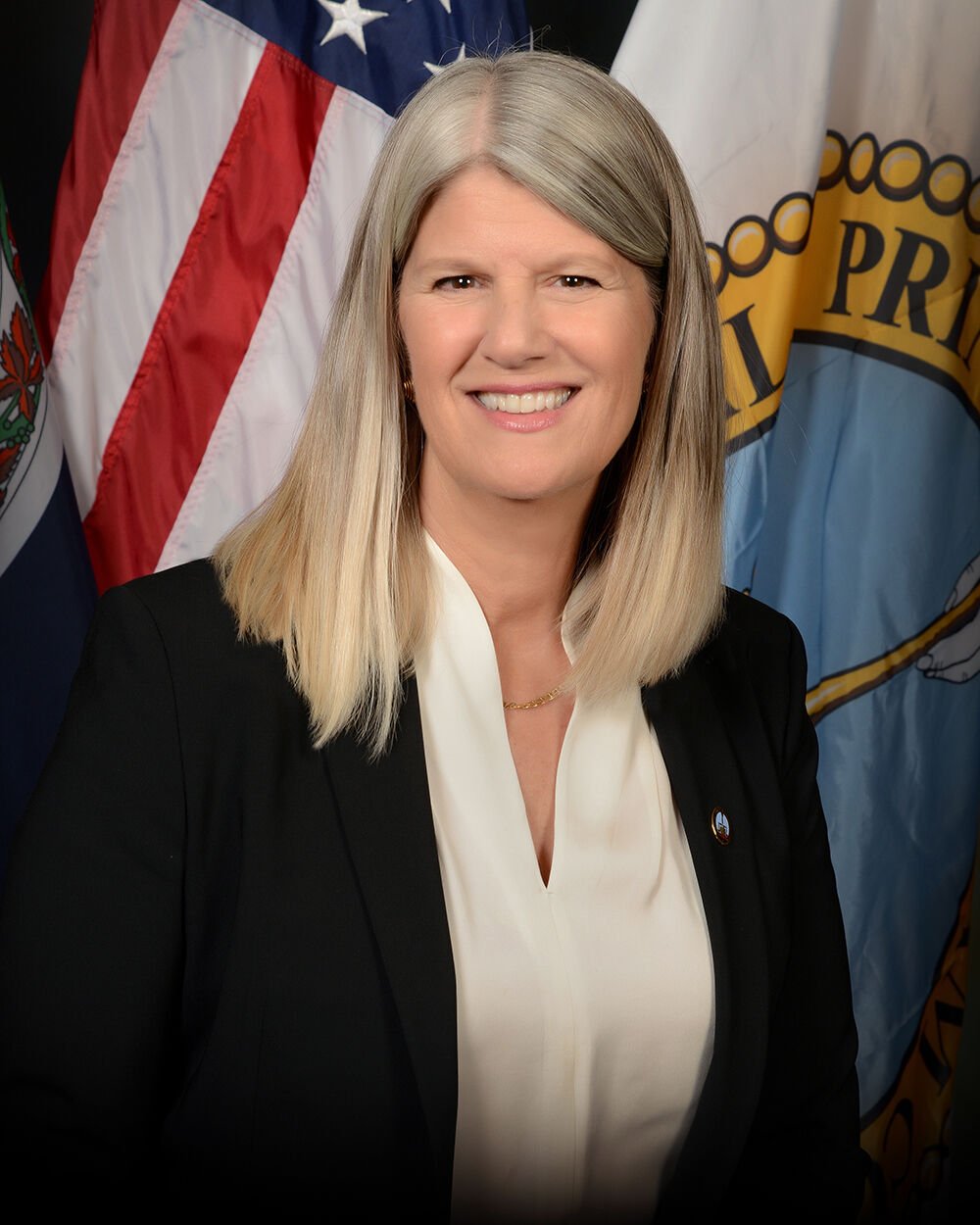 The top local elected officials from Fairfax, Prince William and Arlington counties discussed how they plan to meet ambitious local climate and environmental sustainability goals in a recent virtual forum.

The event, “Climate Crisis Forum: Our Children’s Future,” was hosted by the Faith Alliance for Climate Solutions, a faith-based environmental nonprofit, on Thursday, Nov. 18. It was moderated by Andrea McGimsey, the group’s executive director, a former Loudoun County supervisor.

Panelists included chairs of the boards of supervisors for Prince William, Fairfax and Arlington counties: Ann Wheeler, Jeff McKay and Matt de Ferranti, respectively. All three took turns answering questions about how they will address the climate crisis locally. They also discussed what they expect from Virginia Gov.-elect Glenn Youngkin (R), and how they’ll spend billions in incoming federal transportation funds from the federal government.

Together, McKay, Wheeler and de Ferranti, all Democrats, represent more than 1.8 million residents of Northern Virginia.

All three jurisdictions have acted in recent years to create offices of environmental sustainability and pledged to reduce planet-warming greenhouse gas emissions dramatically over the next decade. But the panelists agreed more needs to be done to address the rapidly worsening impacts of climate change.

“The urgency of the moment requires counties to do their part. We no longer can wait for the state or feds to bail us out of this environmental train wreck that we see moving towards us,” McKay said.

States and the federal government have made some strides in reducing dependency on fossil fuels. In Virginia, for instance, Dominion Energy is planning the largest offshore wind farm in the mid-Atlantic region. And nationally, Congress is debating a “social infrastructure” bill that would be the largest investment in combatting climate change in American history. The bill passed the U.S. House with only Democratic lawmakers’ support Friday, Nov. 19.

But McKay, Wheeler and de Ferranti said individual locales have a key role to play. Counties make major decisions about what kinds of development, transportation and transit they allow – and where it goes – on a regular basis.

“Every single action that we take at a county level could have a positive or a negative effect on our environment and we have to ask ourselves that question before we make any policy initiatives,” McKay said.

The moderator asked the participants how they would focus their spending efforts with money from $1.2 trillion infrastructure package signed by President Joseph R. Biden earlier this month, of which nearly $18 billion is expected to come to Northern Virginia.

Wheeler said she would like to greatly expand the number of electric vehicle charging stations in Prince William County using those funds. About $7.5 billion is allotted in the bill to boost access to charging stations nationwide.

“We don't have the luxury, unfortunately, of having mass transit in Prince William County. If we are still going to be using our cars in the outer jurisdictions because we don't have access to mass transit and easy ways to get to the jobs, I would rather have a focus on making sure that we go more quickly to go into electrical vehicles,” Wheeler said.

Wheeler said some of the county’s long-range transportation projects, like the expansion of Metro to Woodbridge, would help in the long term. But she added that “it's really about making sure that we have the infrastructure in place so people who are going to drive cars do so without harming the environment.”

De Ferranti said increasing infrastructure for electric vehicles is “critical” for Arlington County. He said the county will require all new buses purchased by Arlington to be electric beginning in 2024.

McKay said he also wants to see expanded access to electric vehicles, but added that, as long the energy grid is powered by carbon-based sources, electric vehicles will not be “the answer to all our problems.” In Fairfax, the guiding force behind infrastructure spending will be “moving people, not just vehicles,” he said.

“If you look at some of the development patterns that have happened in Fairfax as a result of transit, those are much more environmentally sustainable developments with density and more protected green spaces and a higher quality of life. If you think about infrastructure as a driver of quality of life, we have great opportunities in this infrastructure bill to do things right,” McKay said.

Land-use decisions also came up during the meeting after local activists asked repeatedly for Wheeler to address the Prince William County’s potential expansion of industrial and residential growth into its rural areas.

Wheeler did not address any specific proposals in her response but appeared to refer to plans that could site nearly 2,000 acres of data centers and other industrial uses near Manassas National Battlefield Park. Wheeler said if the county does not approve new commercial and residential plans, developers would "go somewhere else.”

Wheeler noted the county has “a huge reliance on our residential tax base” that “is unsustainable if we want the amenities that people are asking for. So, we are bringing in more commercial businesses.” The county funds around 80% of its annual budget with revenue generated from residential real estate tax bills.

In Fairfax, McKay said the board of supervisors has taken a different approach, with an emphasis on redevelopment and revitalization of existing communities. As an example, McKay said the county would look for opportunities to turn a flat, 1970s shopping center with an asphalt parking lot into a mixed-use development with some affordable housing.

“That's a far better solution than clear-cutting forest in the exurbs of the Washington D.C. region. It's far better to redevelop closer in the core in a much more environmentally sensitive way and not subject people to sitting in their cars and traffic for endless hours,” McKay said.

Working with a new governor

The moderator asked all the panelists whether they believe they can work with Youngkin on the issue of climate change.

Youngkin said on the campaign trail that “climate change poses a real challenge in Virginia” and that he would address things like stormwater runoff and rising seas in the Hampton Roads area. But he also said he never would have signed the Virginia Clean Economy Act (VCEA), a landmark piece of legislation signed into law in 2020 that aims to hasten the state’s transition to renewable energy by 2050.

McKay said he has spoken with Youngkin in recent weeks and is “hopeful we'll be able to work with him.”

“I do think the progress that we've made the General Assembly in a pretty short period has to continue. I will say that open communication with the governor's office of course is critical to me. And my hope is that after people are elected, they realize that they have to represent everyone in their jurisdictions,” McKay said.

Youngkin is a resident of Great Falls in Fairfax County.

Wheeler also said she had spoken with Youngkin recently, but not about environmental issues. She said she is “less worried about what [Youngkin] might do at the state level, because I know that so much progress can be made on a local level.”

De Ferranti said he believes “there are areas in which we can make progress with the governor elect and the new legislature.”

But he drew the line at any changes being made to the VCEA:

“Respectfully, if there's an attempt to change the clean economy act, we will not be supporting that,” de Ferranti said.

What is climate change?

The earth’s climate is warming due to the use of oil, gas and coal for electricity, manufacturing and transportation.

When these fossil fuels burn, they release greenhouse gases such as carbon dioxide. These gases trap the sun's heat and cause the planet's temperature to rise.