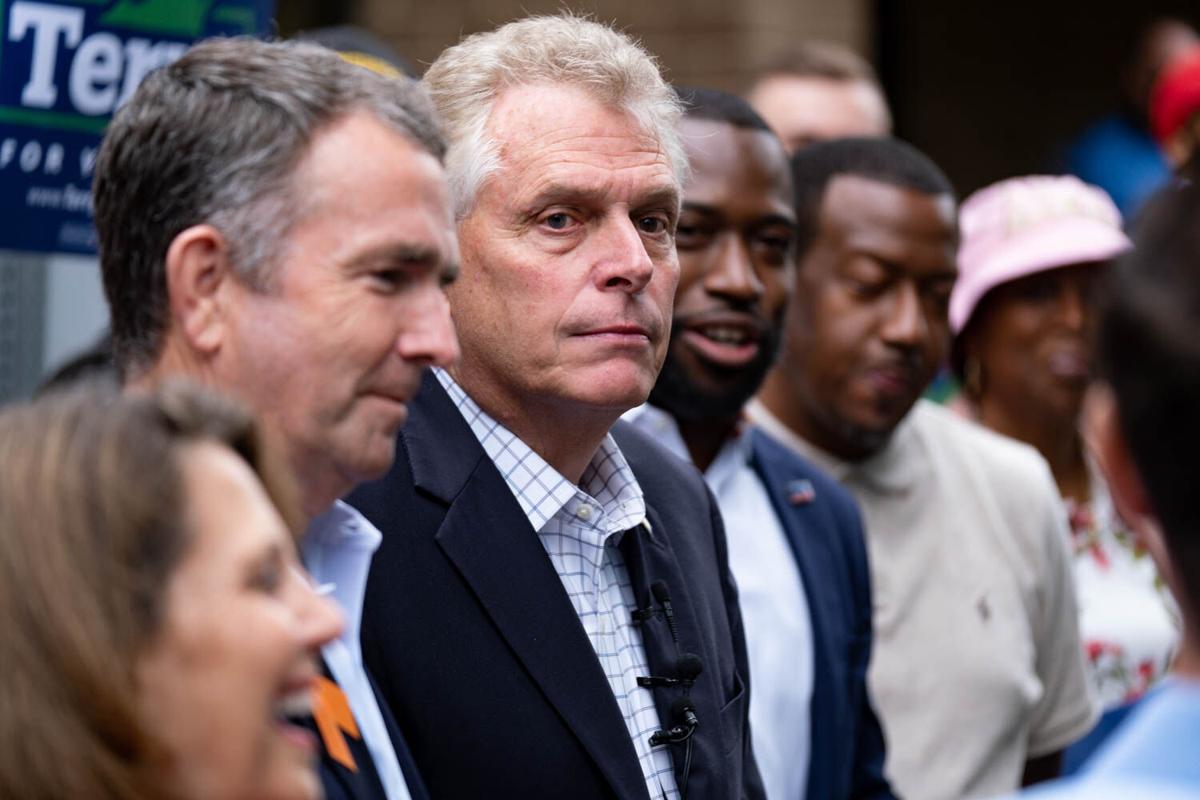 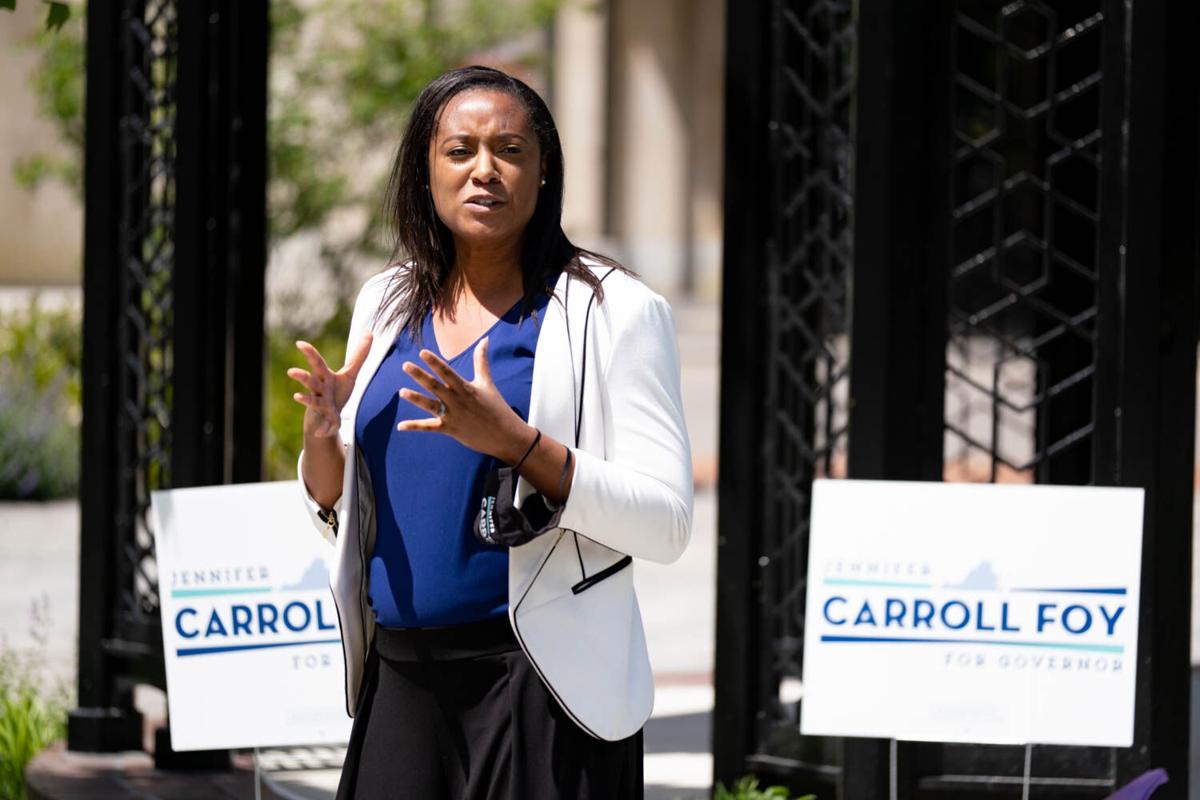 Jennifer Carrol Foy campaigns for governor in Richmond ahead of the Democratic primary. 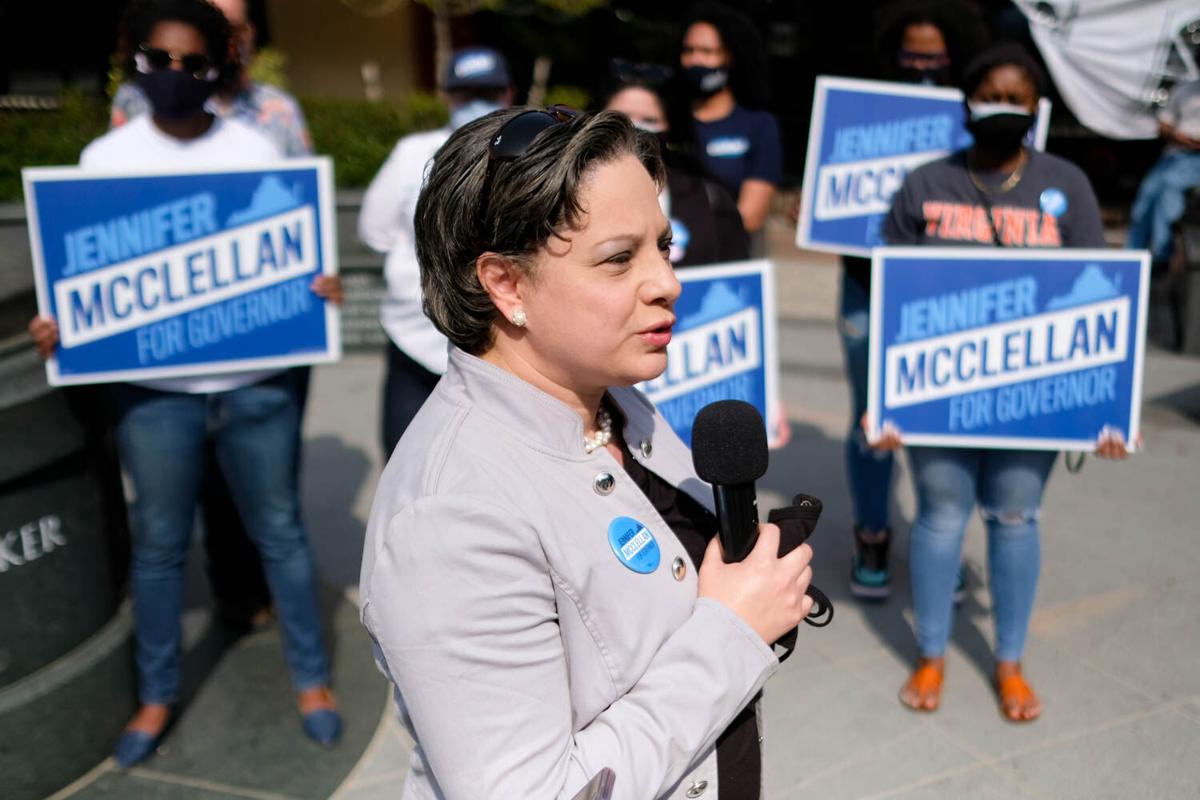 Sen. Jennifer McClellan, D-9th, of Richmond, campaigns for governor in Richmond ahead of the primary.

Terry McAuliffe won Petersburg, the hometown of one of his top opponents, former delegate Jennifer Carroll Foy, who had accused him of neglecting the majority-Black city during his first term.

He won in Richmond, where Sen. Jennifer McClellan had an advantage due to her strong local following.

He won in Nelson County, a hotbed of opposition to the controversial Atlantic Coast Pipeline project that earned McAuliffe the ire of activists who pressed unsuccessfully for him to block it during his first term.

He got almost 65 percent support in Fairfax County, the biggest prize in prosperous Northern Virginia. He did just as well or better in far Southwest Virginia, a region with some of the lowest per-capita incomes in the state.

By winning the most votes in all 133 of Virginia’s cities and counties, McAuliffe’s victory exceeded the most optimistic expectations of his own campaign, even with its cash advantages and built-in name recognition.

“If you’re a McAuliffe staffer, you might just be coming down from the high,” said Quentin Kidd, director of the Wason Center for Public Policy at Christopher Newport University.

Public polls had shown McAuliffe getting around 50% of the vote. Unofficial results showed him exceeding 62%, with almost as many raw votes as Gov. Ralph Northam got in his more competitive 2017 primary contest against former congressman Tom Perriello.

“Terry was overwhelmed to receive the support of all 133 cities and counties in Virginia,” said McAuliffe spokesman Jake Rubenstein. “Each and every one of these communities mean so much to Terry and Dorothy, and their confidence in his record and vision mean the world.”

McAuliffe will now face off against Republican nominee Glenn Youngkin in what’s expected to be a closely watched, expensive general-election battle.

In a post-race memo Tuesday night, the Carroll Foy campaign said her distant second-place finish could be partially attributed to “historically difficult” conditions for non-incumbent candidates. Because of the COVID-19 pandemic and the grueling 2020 presidential campaign, the memo said, “voter exhaustion was significant.”

Carroll Foy earned almost 20% of the vote, and her campaign touted the strides she made going from little-known newcomer to statewide contender in just a few years. But she has no other elected office to return to after quitting her House of Delegates position last year to focus on running for governor and raising money.

After her third-place finish at 11.6%, McClellan, D-9th, plans to continue serving in the Senate. Unlike Carroll Foy, she didn’t sharply attack McAuliffe in the primary contest, perhaps preserving her standing in the party moving forward. Immediately after McAuliffe’s victory, the Youngkin campaign released an ad featuring a highlight reel of Carroll Foy’s criticisms of McAuliffe as a lackluster, throwback politician.

Though McClellan and Carroll Foy competed for resources and were often grouped together as two potentially history-making Black women, some political observers say it’s an oversimplification to suggest they hopelessly split a portion of the electorate that would’ve aligned against McAuliffe.

McAuliffe and McClellan were both competing in an establishment lane, Kidd said, while Carroll Foy was competing with Del. Lee Carter, D-50th, of Manassas, more the party’s progressive wing and running against the status quo. If McClellan hadn’t been in the race, Kidd said, some of her support might have gone to McAuliffe instead.

“I don’t think it would’ve all been to Carroll Foy,” Kidd said. “And even if it did, McAuliffe still would have doubled that.”

McAuliffe was also running against several candidates trying to make the leap from the General Assembly to the top Executive Branch job, forgoing the more traditional route of running for governor after serving as attorney general or lieutenant governor.

Lt. Gov. Justin Fairfax’s hopes for higher office changed abruptly in February 2019, when two women accused him of sexual assault. He adamantly denied the allegations, but his fourth-place finish Tuesday showed the scandal was too much to overcome despite his higher profile as a statewide officeholder.

With Virginia’s gubernatorial contest serving as one of the first barometers of Democratic enthusiasm, there was debate Tuesday over what to make of the primary turnout. An estimated 8% of registered voters participated in the Democratic primary, according to the Virginia Public Access Project, down from the 2017 spike of 9.9% but up from 6.4% in 2009.

Stephen Farnsworth, director of the University of Mary Washington’s Center for Leadership and Media Studies, said he read the numbers as “a draw.”

“Turnout was not so high that Democrats can be gleeful and not so low that Republicans can be gleeful,” Farnsworth said. “It was better than some years, worse than others.”

Kidd said he thinks Democrats can feel good about not seeing a bigger dip toward 2009 turnout levels, even if it didn’t match the 2017 levels that foretold the eventual Democratic takeover of state government. The fact that McAuliffe ran against a diverse field and still walked away with more than 60% of the vote, Kidd said “says a lot.”

“It’s a resounding message of support among Democrats for him,” Kidd said.

You may as well vote for Clinton or obama...heck if either took a sharp right turn mcaweful would break his nose