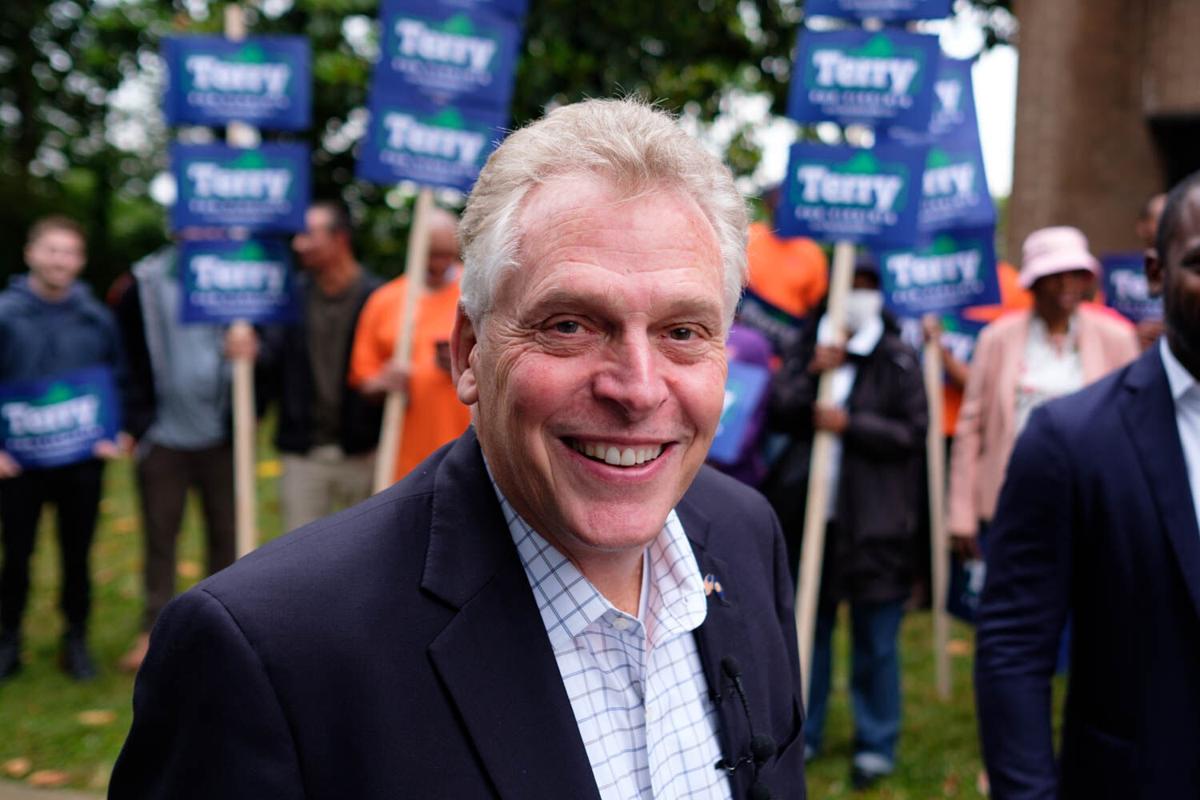 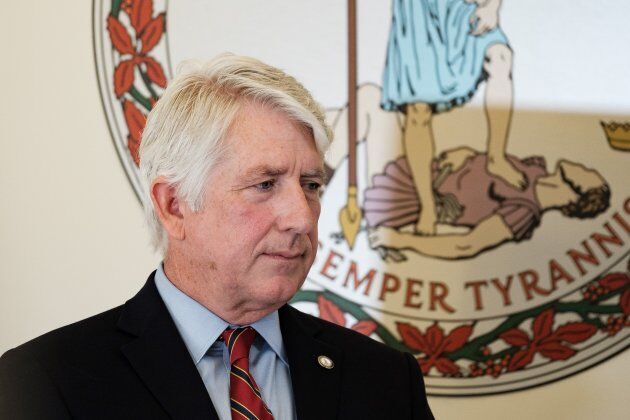 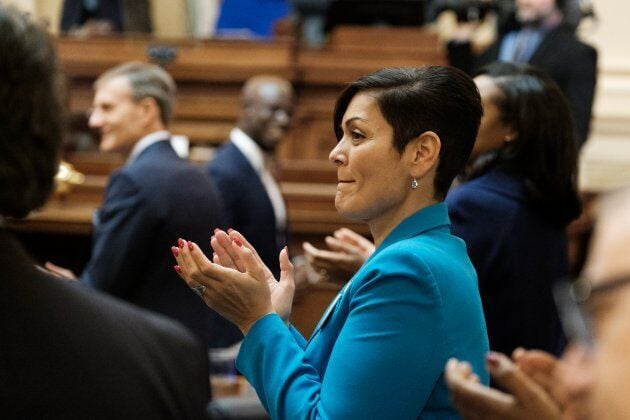 Del. Hala Ayala, D-Prince William, applauds on the floor of the House during the opening day of the 2020 legislative session. 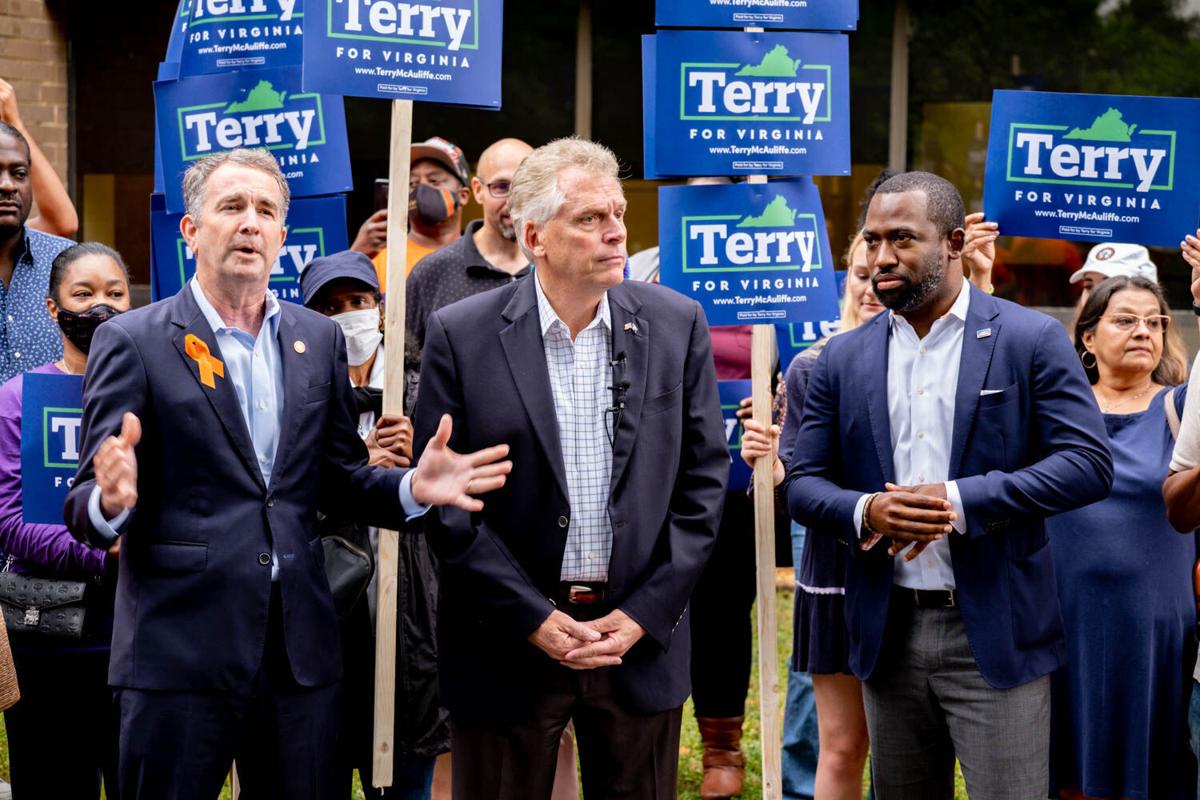 For anyone wondering how Terry McAuliffe was feeling before Virginia’s gubernatorial primary, his election-eve shimmying spree was a solid indicator.

The almost-victory dance became the real thing Tuesday as the former governor and prolific Democratic fundraiser cruised to a lopsided win in a split field, setting up a general-election matchup with deep-pocketed Republican nominee Glenn Youngkin.

Tuesday’s victory cements McAuliffe’s return to the forefront of Virginia politics after serving as governor from 2014 to 2018. He had to leave office due to Virginia’s ban on governors serving consecutive terms, but there was nothing stopping him running again after a brief hiatus in which he explored the idea of a presidential run or a potential post in President Joe Biden’s cabinet.

Though McAuliffe has said fellow Democrats encouraged him to return and help keep the state blue, a claim backed by his lengthy list of endorsements from senior members of the General Assembly, some have faulted him for taking the rare step of reasserting himself atop a party that was racking up electoral successes and policy wins in his absence.

That didn’t seem to be a tough question for the primary voters who showed up Tuesday and overwhelmingly chose McAuliffe over four other contenders. Former delegate Jennifer Carroll Foy and Sen. Jennifer McClellan, D-9th, of Richmond, both of whom had hoped to make history as the first Black woman elected governor of any state, were on pace to finish second and third, respectively. Lt. Gov. Justin Fairfax, his political aspirations hobbled by sexual assault allegations he denies, was in fourth place as of about 8:30 p.m., while Del. Lee Carter, D-50th, of Manassas, was in fifth.

In-person turnout appeared sluggish at polling places Tuesday, though it wasn’t immediately clear if that could be attributed to a lack of enthusiasm for an uncompetitive contest at the top of the ticket or the broader shift to mail-in ballots due to the pandemic and looser rules on absentee voting.

Two-thirds of the 2021 Democratic ticket will be a rerun of the party’s 2013 slate after Attorney General Mark Herring defeated challenger Jay Jones, a state delegate from Norfolk.

Del. Hala Ayala, D-51st, of Woodbridge, backed by establishment Democrats like Gov. Ralph Northam and Speaker Eileen Filler-Corn, D-41st, of Fairfax, came out on top in the crowded primary for lieutenant governor, adding diversity to a ticket with two other slots filled by white men who have held statewide office before.

In interviews Tuesday about their picks for governor, some Democratic voters indicated they didn’t look much further than McAuliffe, deciding early that someone who did the job before could do it again.

“He was forthcoming. He was honest,” said Doreen Taylor, a self-described “60-plus” voter who cast her ballot for McAuliffe in Richmond’s Jackson Ward neighborhood. “He told people what needed to be done and he did it.”

Nick Walker, a 26-year-old craft brewer who saw his Virginia Beach brewpub shut down due to the COVID-19 pandemic, had a more specific McAuliffe story. He said he met the former governor at a beer event during McAuliffe’s first term and complained that the state’s arcane beer distribution rules were preventing small brewers from transporting their products throughout the state. Instead of getting brushed off, Walker said, McAuliffe connected him with a state official who could help.

“At that moment, he was just a guy who didn’t understand what was going on, but knew that something was wrong,” Walker said. “And instead of being like, ‘Oh we’ll fix it’ and then saying nothing, he delegated it to someone who knew how to fix it. And then we literally fixed that problem within the craft beer industry within a year. That doesn’t happen. And that was huge for me.”

While voting for McAuliffe at Petersburg’s 112-year-old train station, Carol Johnson said that, as a Black woman, she had considered supporting McClellan or Caroll Foy, both of whom have strong Petersburg ties. But she ultimately decided McAuliffe gives Democrats their best shot at victory this fall.

“I don’t think we have time to waste. I think we need somebody in there who knows how to get things done from the start,” Johnson said.

Darrell Mason, however, was all about getting “some new blood in there.”

“I voted for Jennifer … somebody,” he said, sliding down his mask to show a sly grin. Later, he said he voted for Carroll Foy.

“I know Terry McAuliffe; had my picture made with him. I like him and I know, hands down, that he’s going to win. It’s a sure thing,” Mason said. “I just want [Carroll Foy] to get some votes to help her with her career.”

Other voters said they were frustrated by the way McAuliffe blocked the rise of other contenders who could have offered a fresher perspective.

Patty Loyde, a 51-year-old bookkeeper who voted for McClellan at a church in Richmond’s Fan District, said McAuliffe was “sucking all the air out of the room because he’s got so much money.”

“If Virginia allowed two terms and he won a second term, I wouldn’t have a problem with it,” Loyde said. “But he’s had his turn. And I just feel like it’s time for a Black person and a woman to be our governor.”

Martha Hoagland, a 23-year-old supply chain management major at Virginia Commonwealth University, said she voted for Carroll Foy because she was looking for the most progressive candidate with the broadest appeal.

“I just don’t want Terry McAuliffe to win,” she said. “Because I think he’s just kind of a corporate person.”

“He seems like a cool-enough guy,” said Kofi Roberts, a 23-year-old recent VCU graduate now working as a copywriting intern. “But it’s just like, what have you done since you’ve been governor that’s impacted me that I could point to?”

A McAuliffe win, he said, would feel “kind of like the Joe Biden presidency.”

“I wanted Bernie to win. Biden won. It’s not great. But it’s not terrible,” Roberts said. “Like the world still might burn. But at least in the meantime …”

“It’s not being lit on fire,” Hoagland said.

Va Marxist Demos live their retreads and if that retread is intimately tied to Hillary clinton then they live it even more.

This gas bag and his milk will rig the election so only NOVA and Hampton will tell the ret of the state what to do.

So...will real Va residents rise up as they should and kick this fool to the curb?

If the efforts of the PWC GOP is any gauge then they dont even know its campaign season...someone go wake them up?