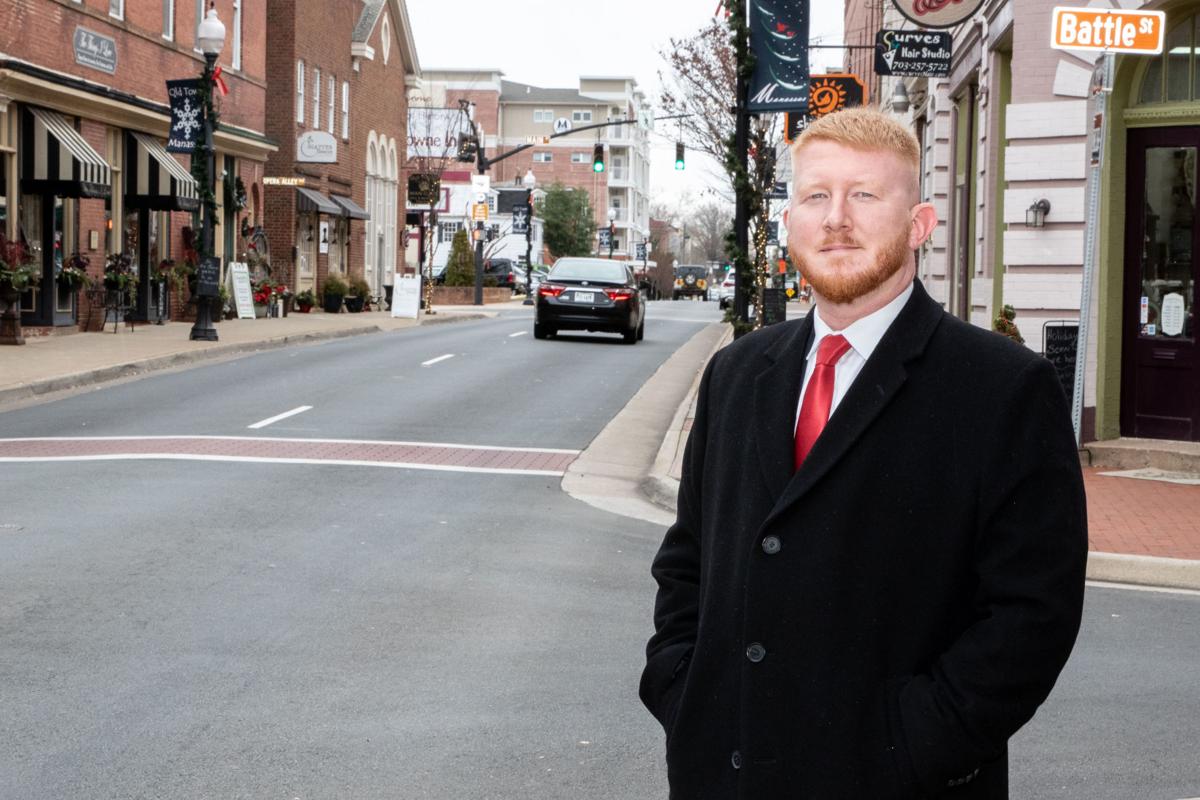 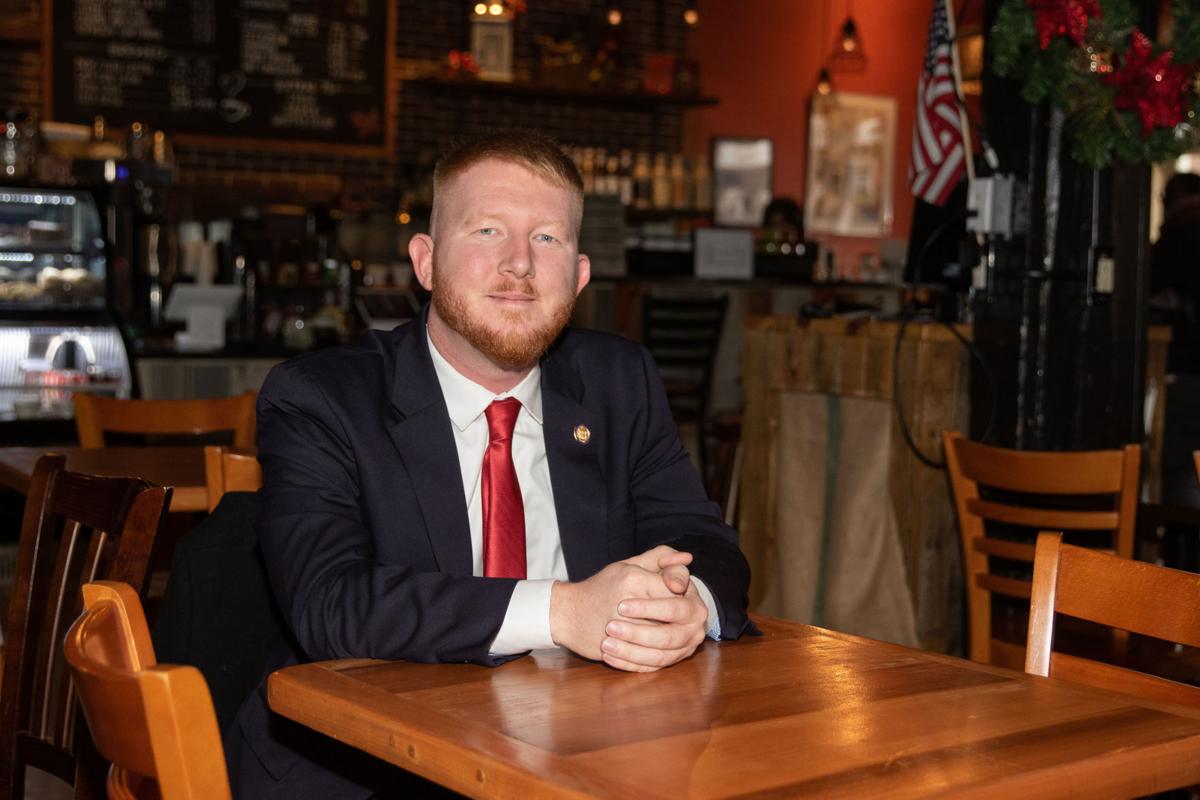 If you stand at the western boundary of the Manassas-area 50th House of Delegates district and look east, everything in front of you is houses and everything behind you is cows. At least that’s how Del. Lee Carter tells it.

It may not be entirely true, but it gets the point across: Northern Virginia’s boundless growth is pushing further into the rolling countryside of central Virginia, and it’s changing the demographics of fringe districts in Northern Virginia, including Carter’s 50th District, which straddles the City of Manassas and Prince William County.

The area isn’t exactly the Northern Virginia of Fortune 500 companies, but rather of quickly expanding suburbs, struggling strip malls and a steadily increasing cost of living.

“Everybody in my district is scrambling to pay the bills,” Carter said.

The district’s shifting demographics might explain how Carter, a Democrat and self-proclaimed socialist whose top legislative priority is workers’ rights, was elected in 2017 and then re-elected for a second term even under pressure from both Republicans and Democrats.

Carter’s 2017 win over six-term Republican incumbent Jackson Miller was largely seen as a fluke, a byproduct of a blue wave that swept 15 Democrats into the House. It looked like an easy target for Republicans in 2019. But he says it wasn’t just the GOP that wanted him out.

“It’s not a secret that both parties have tried to get rid of me,” Carter said.

Carter, 32, was one of only four incumbent House Democrats that faced a primary challenge in 2019. He beat Manassas City Councilman Mark Wolfe (D), a former Republican who switched parties in 2016, by about 400 votes.

In the general election, he faced another Manassas City Councilman, Republican Ian Lovejoy, in a race heavily targeted by the GOP. Lovejoy outraised Carter by about $200,000, with the state Republican party contributing more than $400,000 to Lovejoy’s campaign.

“It’s one of the mysteries,” Moran said at a post-election forum in Arlington when asked how Republicans can beat a socialist. “If I had the answer, Ian Lovejoy would be the delegate-elect.”

But to hear Carter explain it, it’s no mystery at all. He says his constituents have responded to his focus on issues that hit close to home: raising the minimum wage, strengthening worker protections and providing better access to affordable healthcare.

As a single dad who drives for Lyft, Carter says he understands the struggle.

“When you fight for people who haven’t had an ally in government for a long time, they show up. It’s not a complicated formula,” Carter said. “They tend to like having someone fighting for them.”

Del. Danica Roem, D-13th, whose district is adjacent to the 50th district, said voters have been able to look past Carter’s socialist branding because of his advocacy for issues like Medicaid expansion and teacher pay raises.

“If you want to give people a reason to come out and vote, there you go. Lee voted to raise teacher pay. That's a big deal,” Roem said.

Roem said demographic changes have also played a role in the GOP’s recent losses in fringe Northern Virginia districts, including the 50th, as more people, including large numbers of immigrants, have moved to the area.

“Manassas is very different from when I was a kid growing up here,” Roem said. “We’re not talking about the Manassas of 10 years ago where you could run on anti-immigrant hostility and win elections. You can’t do that and expect to win in a minority-majority community.”

“Bob Marshall kind of played the same role but in the Republican party, and Bob’s constituents continually returned him,” Surovell said. “Many people thought he was out of step in a lot of ways, but he spoke his mind. Voters often appreciate elected officials who tell you what they think.”

Marshall was first elected to the General Assembly in 1991 and served until he was ousted by Roem in 2017.

“Lee’s a very passionate guy that marches to his own drumbeat,” Surovell said. “He clearly speaks for himself and not the Democratic Party generally.”

Carter, interviewed shortly after his 2019 re-election, said he was happy to return to the General Assembly. But he’s not getting too comfortable.

“If both parties decide to leave me alone for a few years that’d be hugely appreciated but I don’t see it happening,” Carter said. “I don’t see a future where I ever go uncontested.”

Looking ahead to the 2020 General Assembly session, Carter has introduced a laundry list of progressive bills he hopes will reach the governor’s desk. And this time around, they might actually make it there.

Carter didn’t pass a single bill during his first two years in the General Assembly, a record he says was largely the result of GOP obstruction in Republican-majority subcommittees. That’s likely to change now that Democrats control both the House of Delegates and state Senate as well as the Governor’s mansion.

“For the last two years it was known that the Republicans, on day one, decided Lee Carter doesn’t get a Republican vote on anything,” Carter said. “I definitely think they’re going to have a better chance this year.”

His legislative agenda hasn’t had the unanimous support of Democrats either, however.

Carter, a U.S. Marine Corps vet and former electronics repairman, has signed onto numerous bills centered around improving workers’ rights in Virginia. He ran for office specifically to improve Virginia’s worker compensation system after being severely injured while working in July 2015.

But he’s also introduced more ambitious bills that don’t have the full support of state Democrats, including repealing Virginia’s right-to-work law, banning the death penalty in Virginia, fully legalizing marijuana and expunging the records of those charged with marijuana-related offenses.

According to Carter, his press for increased worker protections isn’t always well-received or well-understood by other members of the General Assembly on either side of the aisle.

Carter grew up in Elizabeth City, North Carolina, spending at least part of his childhood in a mobile home park. He served in the Marines for six years, between 2006 and 2011, and completed tours in the Middle East and the Mediterranean.

“Fighting on the side of the working class in a legislature that’s dominated by bosses and investors, it gets pretty lonely,” Carter added.

It’s unclear how many General Assembly are business owners. But it is true that 77 of Virginia’s 140 legislators registered more than $100,000 in stocks and investments in December 2019, according to legislators' annual statements of economic interest compiled by the Virginia Public Access Project.

The same data shows that 64 of the state's 140 legislators own property that generates rental income or is used for business.

By comparison, Carter currently works as a Lyft driver and rents an apartment in Manassas.

“There aren’t many jobs out there that give you that kind of flexibility,” Carter said of finding a job that works with his schedule as a Virginia delegate. “I’m going to do whatever it takes to make ends meet so I can stay here. And right now, that means driving for Lyft.”

Carter says he’s not planning on going back to electronics repair while serving as delegate; the hours just aren’t compatible with the General Assembly’s two-month long session and the biennial campaign schedule. The current annual base salary for elected Virginia delegates is $17,650. State senators’ base pay is $18,000.

“Obviously, the pay sucks for a Lyft driver. Pay also sucks for a member of the House of Delegates. That’s why I have to do both,” Carter said.

As Democratic gun bills advance through the Virginia General Assembly, Del. Lee Carter has been one of only a few Democrats in the House of De…

Del. Lee Carter of Manassas has filed a statement of organization to run for Virginia governor in 2021 but says he’s still deciding whether he…

After hinting at a gubernatorial run for weeks, Del. Lee Carter of Manassas formally announced on Friday that he is running for the 2021 Democ…

These democrats are nuts. Lol