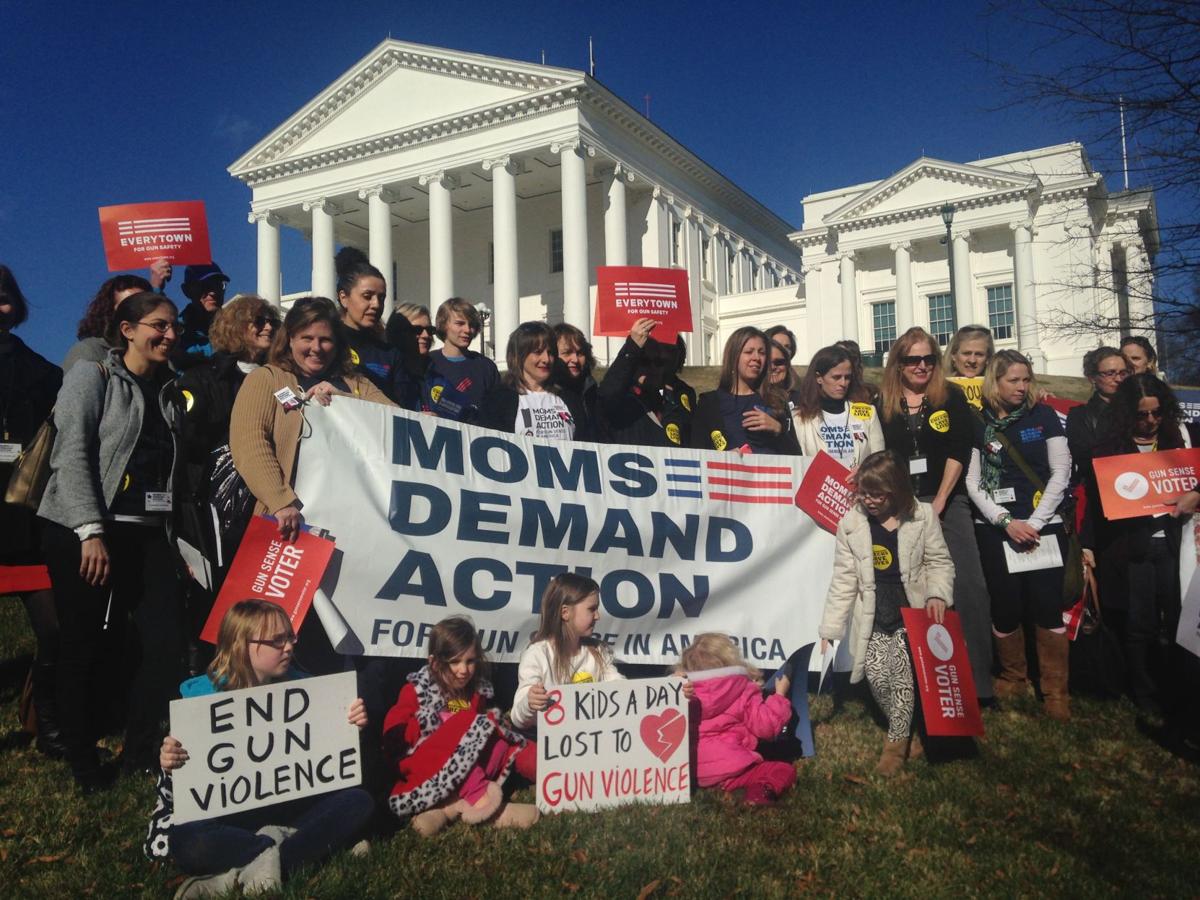 A group of Moms Demand Action supporters demonstrate in front of the Virginia Capitol.(file photo) 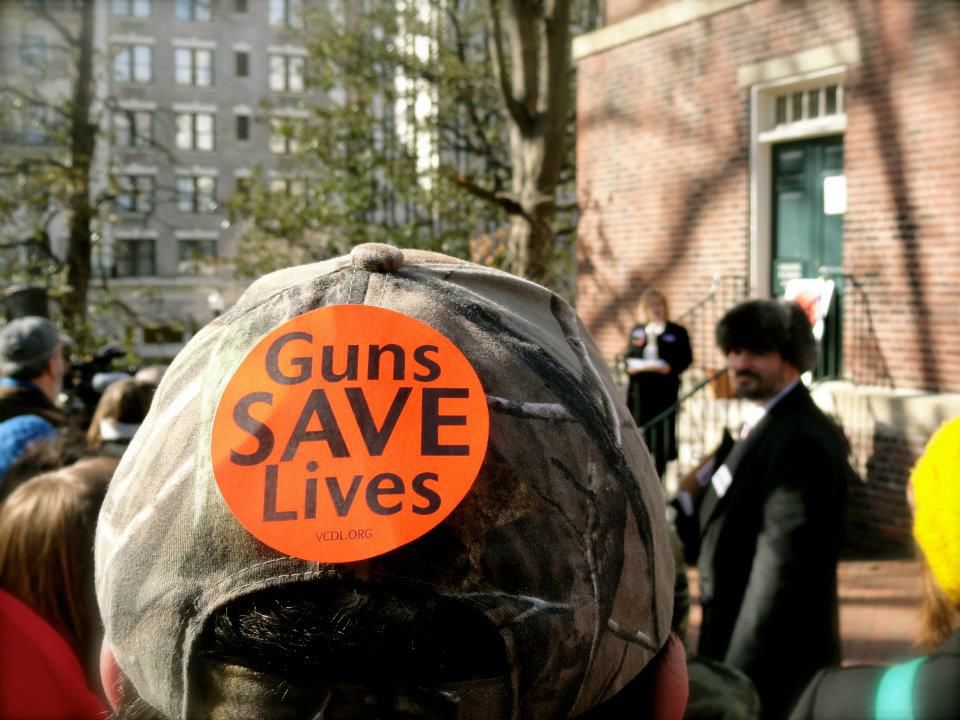 These bright orange "Guns SAVE Lives" stickers carry the message of the Virginia Civil Defense League, a group that works against further regulations on firearms.

October brought more donations to candidates and more knocks on constituent doors from both sides of the gun lobby.

Democratic coffers -- which have reached historic levels of reported fundraising -- swelled with October donations from Everytown for Gun Safety, a lobby group focused on reducing gun violence. Everytown contributed $938,238 to the Democratic party in 2019 according to The Virginia Public Access Project. Over $600,000 of that total was given in September.

Everytown outspent the National Rifle Association this year, which donated $273,000 to Republican candidates. In September, based on campaign finance reports, the NRA donated a little over $54,000.

“The politics of guns in Virginia has changed dramatically over the last few years,” said Stephen Farnsworth, professor of political science and director of the University of Mary Washington's Center for Leadership and Media Studies.

Everytown received a study in late August about voter concerns that was conducted and published by Schoen Consulting. The firm interviewed 1,247 voters in swing districts across three regions of the state. Candidates’ positions on gun control was important for voters, according to the study. In Northern Virginia, 82% of voters prioritized a candidate’s stance on gun issues as important. In Richmond suburbs, 87% of voters found it important, and in the Hampton Roads area 83% of voters found it important.

The study also concluded that Republican opposition to red flag laws -- laws to remove guns from some people considered a risk to themselves or others -- was the most convincing reason across all three regions to vote against Republicans in the November General Assembly elections, when respondents were given choices that included health care, education, the environment, guns and taxes.

Everytown, according to VPAP, has given the most to Missy Cotter Smasal ($160,675) who is vying for the Virginia Beach area Senate District 8 seat held by incumbent Sen. Bill DeSteph, a Republican. Sheila Bynum-Coleman, running against incumbent House Speaker Kirk Cox, R-66th, of Colonial Heights, received $126,000.

“Democrats are much more willing to emphasize gun control in their campaign, and gun control money has become increasingly visible in Virginia politics,” Farnsworth said.

Everytown has injected cash support for Democrats, but Moms Demand Action, a grassroots organization working to end gun violence, has been drumming up constituent support in neighborhoods.

Heather Soglio, Moms Demand Action volunteer, said her group has been knocking on doors since July. She said the biggest concern is “lax gun laws in Virginia.”

The NRA also has been busy. The bulk of its donations ($201,500) went to the political action committee of House Majority Leader Todd Gilbert, R-15th, of the Shenandoah area. The next largest contributions by the NRA were $25,000 each to incumbent Sen. Ryan McDougle, R-4thDistrict, of Hanover, and Sen. Mark Obenshain, R-26th, of Rockingham.

In early August, top NRA leadership resigned after board members raised a concern about reports of reckless spending and mismanagement by the group’s leadership.

“Perhaps part of the reason why we haven’t heard or seen more from the NRA in Virginia this election cycle has to do with the challenges the organization itself is facing at the moment,” Farnsworth said.

The NRA has also been busy encouraging voter turnout this election. NRA grassroots activists knocked on 100,000 doors of targeted voters in recent months, according to Catherine Mortensen, NRA media liaison. Also, the NRA rallied members at the State Capitol during the July special session that adjourned quickly with no action taken.

Linda Eastman, a volunteer for the NRA, said the organization is “not trying to force guns into people’s hands, we’re trying to protect their Second Amendment rights.” She says that’s a misconception people have about the NRA.

“We’re all about gun safety not just gun violence and ‘everyone needs to have a gun.’ That’s not what the NRA is about,” Eastman said.

“I’ve been at this for nearly 30 years and I’ve seen time and again our voters swing key elections,” Caroline said. “I am aware of all the money our opponents are spending, but I’m not intimidated.” 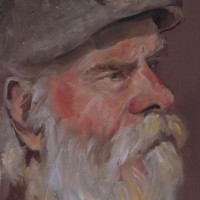 It seems a bit misleading to imply that NRA contributions have tripled in response to gun control lobby groups, when in fact, your story notes that those lobby groups spend about five times as much as the NRA. But from your own numbers, it appears that the NRA spending has increased about five times, from $50,000 to $250,000.

It's a shame that many democrats are brainwashed against the 2nd Amendment under the guise of safety,

Did you actually read the story, or did you just read the headline, and then jump right to the comment section?