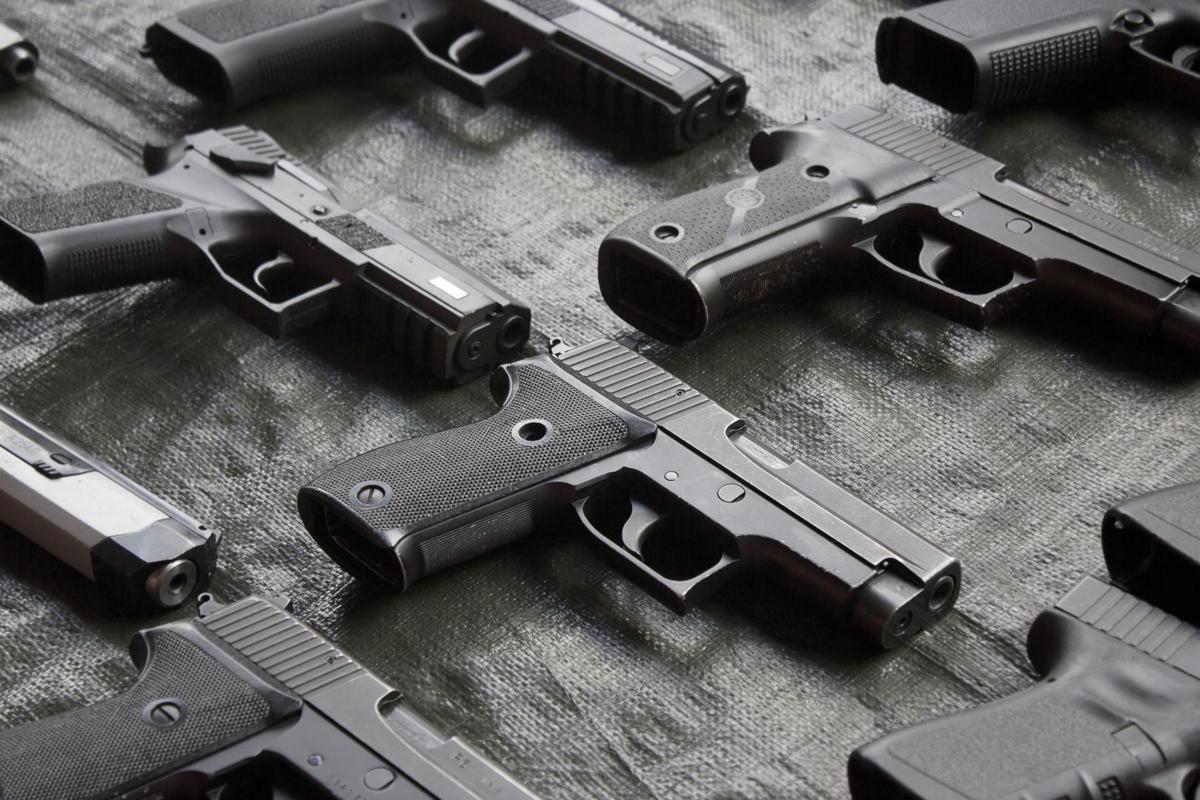 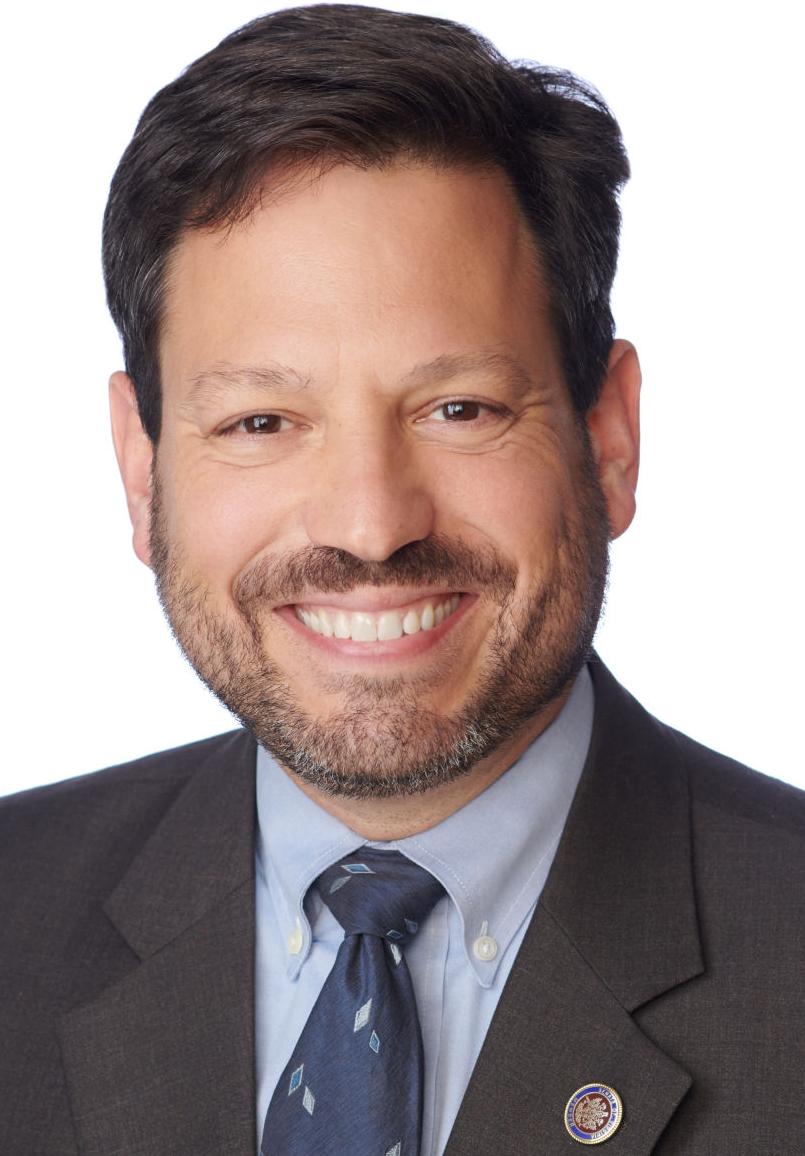 It was Frederick Vars’s own experience with bipolar disorder and suicidal thoughts that first got him interested in the idea of letting people ban themselves from buying guns.

To him, the idea of a voluntary do-not-sell list as a preemptive option for people worried about what they might do in darker moments of irrationality seemed like common sense. But would anyone use it?

To answer that question, Vars, a law professor at the University of Alabama, and a team of researchers surveyed 200 psychiatric patients. That 2016 study, published in the peer-reviewed journal of the American Association of Suicidology, found that 46% of respondents said they would sign up for a do-not-sell list.

“That was a moment where for me it went from kind of an academic idea into realizing that if you could get a lot of people signing up you really have a chance to save a lot of lives,” Vars said in an interview.

In Virginia, it’s not just an idea anymore.

This year, the Democratic-led General Assembly passed legislation creating the Virginia Voluntary Do Not Sell Firearms List, making Virginia one of the first states to put Vars’s concept into practice. Because the legislation had a delayed effective date, the list – which will tie in to the existing background check system – is scheduled to be up and running in the summer of 2021.

The bill didn’t receive as much attention as other high-profile gun restrictions that took effect last week, like universal background checks, a one-handgun-a-month policy and a red-flag law that lets authorities temporarily seize guns from troubled people. But some supporters see it as unique, pitching it as a libertarian-friendly way to address a form of gun violence that’s far more common than the mass shootings that make worldwide headlines.

“It’s voluntary. It’s not the government taking away your rights,” Vars said. “It’s you making that decision.”

Nearly two-thirds of Virginia gun deaths are suicides, according to Virginia Department of Health data presented to policymakers last year. From 2007 to 2018, more than 56% of suicides involved guns. In 2018, there were 674 gun-related suicides in the state. The state data shows most firearm suicides involve handguns, and white men are more likely to be victims of gun suicide than other demographic groups.

The new law will allow anyone over 18 to add themselves to the list, designed to be kept confidential, by filling out a form with a copy of their photo ID and mailing it or delivering it to the Virginia State Police. Once a person is on the list, it will be against the law for them to purchase or possess a gun and unlawful for anyone to knowingly sell or give a gun to a person on the list. If someone on the list changes their mind, they can be removed after waiting 21 days.

The concept has drawn comparisons to voluntary gambling exclusion programs, designed to let people ban themselves from casinos if they feel they’re losing control.

Sen. Scott Surovell, D-36th, who sponsored the legislation, said he thought the idea might get bipartisan support, particularly because pro-gun Republicans often say mental health, not lax gun regulation, is the primary problem. He was wrong.

“Here I have a bill that takes the mental health problem head-on and is completely voluntary to the person who’s the subject of it. And you can take yourself off the list whenever you want,” said Surovell, whose district includes parts of Fairfax, Prince William and Stafford counties. “I thought it would be a no-brainer. But I couldn’t get anybody else on the other side to agree.”

The bill passed both the state Senate and House of Delegates on party-line votes, though Del. Carrie Coyner, R-62nd, from suburban Chesterfield County who broke with her party on a few other gun issues like banning bump stocks, noted she had intended to vote for it.

The main argument raised against the bill was the fear that people could be added to it without their knowledge or consent.

During debate on the Senate floor in February, Sen. John Cosgrove, R-14th, of Chesapeake, said it  could be “probably a lot of fun” because he could conceivably put his Senate seatmate on the list.

“If he happens to leave his wallet and I take his driver’s license and I get a photocopy of that driver’s license, I can actually put this gentleman on the voluntary do not sell me a gun list,” Cosgrove said.

The bill specifies that it’s a criminal offense to fraudulently add someone else to the list.

In Washington, the only other state with a similar law, the process to get on the list is stricter, requiring people to file paperwork in person at their local courthouse, with the clerk verifying their identity.

Darren Wright, a spokesman for the Washington State Patrol, said he did not know of any cases of someone being added to the list without their knowledge.

The Washington program, which passed in 2018, has not seen heavy use. Wright said 13 people have asked to be entered into the system.

Vars called the level of participation in Washington so far “disappointing,” but said it’s important to make people aware of the program and make it easy to sign up for it.

In that regard, Virginia having a mail-in option instead of requiring a trip to the courthouse could encourage more participation.

“Going down there and having to look somebody in the eye and say, ‘I don’t think I’m safe, I’ve had suicidal thoughts,’ it’s a barrier,” Vars said. “I think the Virginia bill is better in that way.”

Surovell said he expects people will learn from their mental health providers about the list being an option.

Lauren Cunningham, a spokeswoman for the Virginia Department of Behavioral Health and Developmental Services, said her agency is “planning to reach out to behavioral health stakeholders well in advance of implementation.”

The law requires several state regulatory agencies – the Board of Counseling, Board of Medicine, Board of Nursing and Board of Psychology –  to formally notify their licensees about the program within 60 days of it taking effect next July.

“The research shows when people are informed about it, it’s attractive to a high percentage,” Vars said.

A newly empowered Democratic trifecta -- the Virginia House, Senate and Gov. Ralph Northam -- passed 2,218 bills this session, most of which will come into effect Wednesday, July 1.