About 70 gun-rights activists attended Tuesday's Prince William Board of Supervisors' meeting to ask the board to declare the county a “Second Amendment sanctuary.” But supervisors appeared reluctant to take up the cause.

County residents lined up to ask the board to consider such a resolution, saying gun reforms proposed by state lawmakers ahead of the 2020 General Assembly session, such as universal background checks, extreme risk protective orders and a ban on assault weapons, would violate their constitutional rights.

Democratic lawmakers, who will take majority control of the both the House of Delegates and state Senate in 2020, have made such gun reforms a centerpiece of their legislative agenda next year.

County resident Joe Genarro, 58, said lawmakers heading to Richmond next year want to “trample on the rights of law-abiding citizens.”

“I respectfully ask that you guys lead the way and join us in protecting our constitutional rights,” Generro said.

The “Second Amendment sanctuary” resolution, which has already been passed by more than 15 Virginia localities, would not exempt county residents from following new state gun laws, however. The resolution would only ensure that local funds not be used to restrict Second Amendment rights.

After more than an hour of public testimony, supervisors briefly discussed the possibility of scheduling a public hearing on a potential resolution before ending the meeting.

Board Chairman Corey Stewart, R-At Large, said at least one supervisor would have to carry the resolution for it to move forward, but it wasn’t clear if any supervisors planned to take it up.

If the resolution is proposed, Stewart recommended holding a public hearing during the 7:30 p.m. meeting on Tuesday, Dec. 10, the board's final meeting of the year before the new board takes over in January 2020.

The new board, which will have a 5-3 Democratic majority, will likely be less sympathetic to the idea of declaring the county a “Second Amendment sanctuary.” The current board has a 6-2 Republican majority.

The “feel good” second amendment proposals are nothing more than nullification of the rule of law representing the belief of some that chaos and anarchy are the best governance. Elections have consequences. Read this: https://wp.me/p9wDCF-Pl.

I wouldn’t understand a resolution now that wouldn’t gave much support in a bit over a month. Many of these advocates were wondering if they were allowed to openly carry in the meeting, which has regularly been used to intimidate those against this resolution to not show up. I, for one, would be in attendance to express my desire to vote this resolution down.

Everyone should be required to have a flintlock or percussion rifle 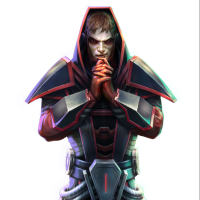 I don't know if I'd agree with this report's interpretation that they were reluctant. They didn't seem reluctant to me at all, they seemed quite receptive to the idea but needed more information and a chance to read the proposed resolution.

If Corey Stewart wants to primary Rob Wittman or run for anything else in the future as a Republican he wouldn’t be wise to introduce the resolution.