Annaburg Manor, the storied Manassas summer home of Alexandria brewer Robert Portner that’s perhaps best known for being the first private residence in the U.S. to have air-conditioning, will soon be up for sale.

Officials with Novant Health UVA Health System, which has owned Annaburg since it bought Prince William Hospital, was exploring future healthcare uses for the property but changed its plans when it “heard loud and clear” that the community favored preserving the manor home as a historic resource, said Susan Tulino, a public relations manager for the health system.

“Our goal was to achieve an economically viable solution to preserve the site’s historic significance without compromising the best community use of the property or its economic value,” Tulino wrote in an emailed statement. “However, during a community open forum on this subject, it was clear the community did not want the property to be used for future healthcare services. … As such, Novant Health plans to sell Annaburg Manor and the adjoining property.”

The stately, white-columned manor, located on Maple Street and Portner Avenue just outside Old Town Manassas, had been most recently used as office and community space for the Annaburg Manor nursing home, which was first opened in the 1960s. The former Prince William Hospital shifted all operations to the adjacent Caton Merchant House in 2006, leaving the manor home vacant and mostly unused.

The news is the first public announcement of Annaburg Manor’s sale. But in recent weeks, Novant Health officials had initiated an effort to both appraise the manor and subdivide the home and the undeveloped, parklike land in front of it from the full, 4-plus acres that includes the Caton Merchant House assisted-living facility, directly behind Annaburg.

Novant Health will retain ownership of Caton Merchant House and plans to continue its operation without change, Tulino said.

Although Novant Health has not previously publicly disclosed its plans to sell Annaburg, the Manassas City Council was aware the health system was moving in that direction, city spokeswoman Patty Prince said Tuesday.

Indeed, city officials had already been exploring what it might cost to restore Annaburg. On Feb. 14, the city council’s finance committee voted unanimously to pay for an architectural study already underway for that purpose.

Manassas Mayor Hal Parrish, reached Tuesday, said it’s premature to talk about the city purchasing Annaburg. Parrish (R) said he would like to see the health system retain ownership of Annaburg to use in a way that would add to the city’s health-care options while retaining the historic character of the property.

Parrish said the city values Novant Health’s presence in the community and doesn’t want the health system to get the wrong message.

“I think there should be further discussion between the city and the hospital about what can and should be done,” he added.

City Councilmember Mark Wolfe, who serves on the city’s land-use committee, said the council has long been interested in working with the health system to find some solution for Annaburg. But Wolfe said he was not aware Novant Health had decided to sell the home until informed of Tulino’s email.

Wolfe (D) called Annaburg “an important part of Manassas’ history” that should be preserved in some way. Still, Wolfe agreed it’s premature to speculate about whether the city will buy Annaburg. The council is waiting for more details from the architectural study to decide on next steps, he said.

“The real challenge is not the purchase of the property, it’s the renovation cost of the manor to make it usable,” Wolfe said. “And then, if we do that, what will we use it for?”

There’s been talk of using Annaburg as a new home for the city’s museum or possibly as part of a proposed new library. But such plans are still very preliminary.

Combined, the developments mark the first public discussion in recent years about the estate Portner built in 1892 for his wife, Anna, and their 11 surviving children. Back then, the home was at the center of a 2,000-acre farm that included a deer park, fountains, a greenhouse, swimming pool and the circa-1825 Liberia Plantation.

“The grounds were a year-round retreat for residents of Manassas,” according to a city staff report describing Annaburg’s historic significance. “Annaburg Manor was host to the town’s dairy festival for many years, and invited guests might enjoy 4th of July fireworks, a peek inside its horse stables, or even church baptisms in the pond, which, when frozen provided a place to skate.”

Portner built the 35-room home after making millions from his Tivoli Brewery in Alexandria. He styled it after the many estates he and his wife visited in his native Europe. The home cost about $150,000 to build and included what then were the most modern amenities: electricity, indoor plumbing and a version of mechanical air-conditioning Portner first patented for refrigerating beer.

In his autobiography, Portner said he hoped Annaburg, which he named after his wife, would remain a place of respite for his children and their children. Portner died at Annaburg in 1906.

“This home I wish to preserve for you all. Those of you who feel tired or sick can return to this place and remember what a beautiful childhood to regain health and fresh spirit, and those who have had a hard time in life should regain strength for a new beginning,” Portner wrote. “You all meet once a year and take care that the family PORTNER maintains a good name in America.”

Before he died, Portner also took a keen interest in promoting Manassas, his adopted hometown. He helped pay to pave its streets, owned and operated two Manassas-area quarries and built the Prince William Hotel, which was lost to fire in 1910. Portner also rebuilt the Masonic Temple after it, too, was lost to fire.

When Portner died, he left $15,000 to Manassas under the stipulation that one-third of the money go to help poor African-American residents.

For these reasons, members of the City of Manassas ARB contend the home is at least the second-most significant historic home in Manassas, next to Liberia Plantation, and should be protected by a historic district.

Steve Hersch, founder of Manassas Landmarks, which saved the original Manassas water tower in recent years by winning its placement on the National Registry of Historic Places, has been a vocal advocate for establishing a historic district to protect Annaburg.

But news of the sale, however, raises questions about whether the health system will do the necessary repairs to bring the home up to code before placing it on the market. Some accuse Novant Health of “demolition by neglect,” Hersch said.

“That’s the real concern,” Hersch said Tuesday. “Are they just going to wash their hands of it so that it’s someone else’s problem?”

Tulino said the health system has spent about $600,000 over the past four years to maintain the home and repair its heating and air-conditioning systems, which have been running continuously to prevent further deterioration.

Hersch said Annaburg advocates also wonder why the city council hasn’t already moved on the ARB’s recommendation to create a new historic overlay district not just for Annaburg but the entire block, which would include the Caton Merchant House. The ARB contends the full block should be included in the new HOD to help preserve the integrity of the Annaburg property no matter who owns it next.

Manassas City Councilman Ian Lovejoy (R), reached last week, said the council’s land-use committee, which he chairs, was waiting for input from Novant Health before taking up the ARB’s recommendation.

Lovejoy, however, said the city must also be careful, when pursuing plans for Annaburg, not to tie the health system’s hands. The property is currently zoned residential and could be used for at least four homes by-right.

Lovejoy said he expects the city will reach a compromise with Novant Health that protects the health system’s interest while preserving the Annaburg property. Still, he said that while preservation of the house is the main goal, the historic district might not include the entire city block.

“Everyone wants to see a solution where Annaburg is made stable and useful again,” Lovejoy said.

"Living the American Dream," a new exhibit at the Manassas Museum, tells the story of German immigrant Robert Portner, the Washington, D.C. be…

Eight months after Novant Health-UVA Health said it would put Annaburg Manor up for sale, City of Manassas officials delivered some surprising… 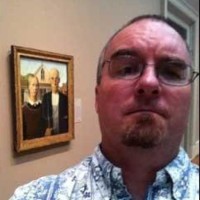 Wouldn't it be great if this historic home was preserved not only as a museum, but made useful in a manner appropriate to it's history? It should be a welcome center, event venue, and tasting spot celebrating Virginia beer! Think of all the nearby breweries, and others across the county, region, and the entire state. Now imagine the mansion hosted tastings, and served as a welcome center promoting Virginia's many breweries, and beer tourism to them. Virginia is for beer lovers, and the Annaburg mansion could become a popular Manassas attraction that promotes, supports, and celebrates Virginia beer!