Prince William County Electoral Board Chair Rob Williams said Wednesday that, despite those concerns, the mistake had been corrected and will not impact the final outcome of any local races.

The reporting error caused the margins of victory for Democrats in several House races to appear larger than they actually were and inflated Democratic candidate Terry McAuliffe’s lead in the county over Governor-elect Glenn Youngkin by 2 points. When the error was corrected, the new totals showed McAuliffe with 56.76% of the county’s vote instead of the originally reported 58%.

Williams said election officials caught the mistake several hours later and corrected it, but not before many people, including many members of the local Democratic and Republican committees, had seen the vote totals posted on the Virginia Department of Elections website Tuesday night.

The sudden change in results caused confusion among the local political committees. Members of the Prince William County Democratic and Republican committees arrived at Buck Hall Volunteer Fire Station Wednesday afternoon, where election workers were working to certify the election, demanding answers about how such a large error occurred.

Williams assured both groups that the error had been properly corrected and the current results displayed on the Virginia Department of Elections website are correct. He said the mistake was a “human error,” and that such errors are caught by an extensive system of checks and balances that ensure all votes are counted only one time.

Williams acknowledged, however, that the mistake was a large error that significantly impacted the vote totals reported late on election night.

When the mistake was corrected to remove the more than 16,000 votes cast at the Woodbridge DMV that were counted twice, the results showed all candidates with fewer total votes than were reported on election night. Once the 1,200 missing votes from the Brentsville Courthouse early voting site were added in, the margins of some of the races tightened.

Democrats won all eight House of Delegates races in Prince William County, but two races became much closer after the error was fixed.

In the 51st District, the Virginia Department of Elections website showed Democratic candidate Briana Sewell leading Republican Tim Cox by 10 points before the mistake was corrected. After the correction, she led by only 6 points. Sewell appeared to have won the race with 55.2% of the vote on election night but that was revised to 53.31% after the error was fixed. The state website is now reporting Sewell with 18,846 votes compared to Cox’s 16,485.

All election results are unofficial until the state department of elections certifies the vote on Friday.

The Va election website has not been updated for House of Delegate elections. Many of the precinct totals in PWC make no sense. Indicting that early and same day vote has been mixed in. But since all voting was done on hard copy ballots this can easily be corrected and confirmed. It appears to be a coding issue on how votes are being assigned to each precinct and is not a vote total issue. 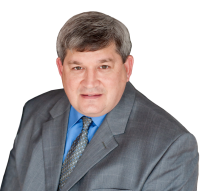 Imagine my surprise when the "mistake" favored Democrats. Counting the same ballots twice. There's no mention of the process involved to allow this "mistake" to occur.