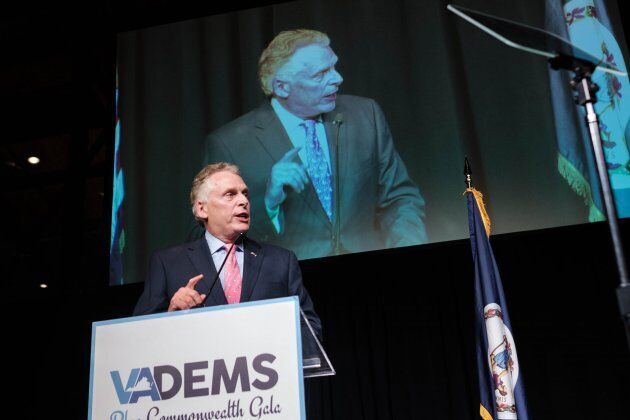 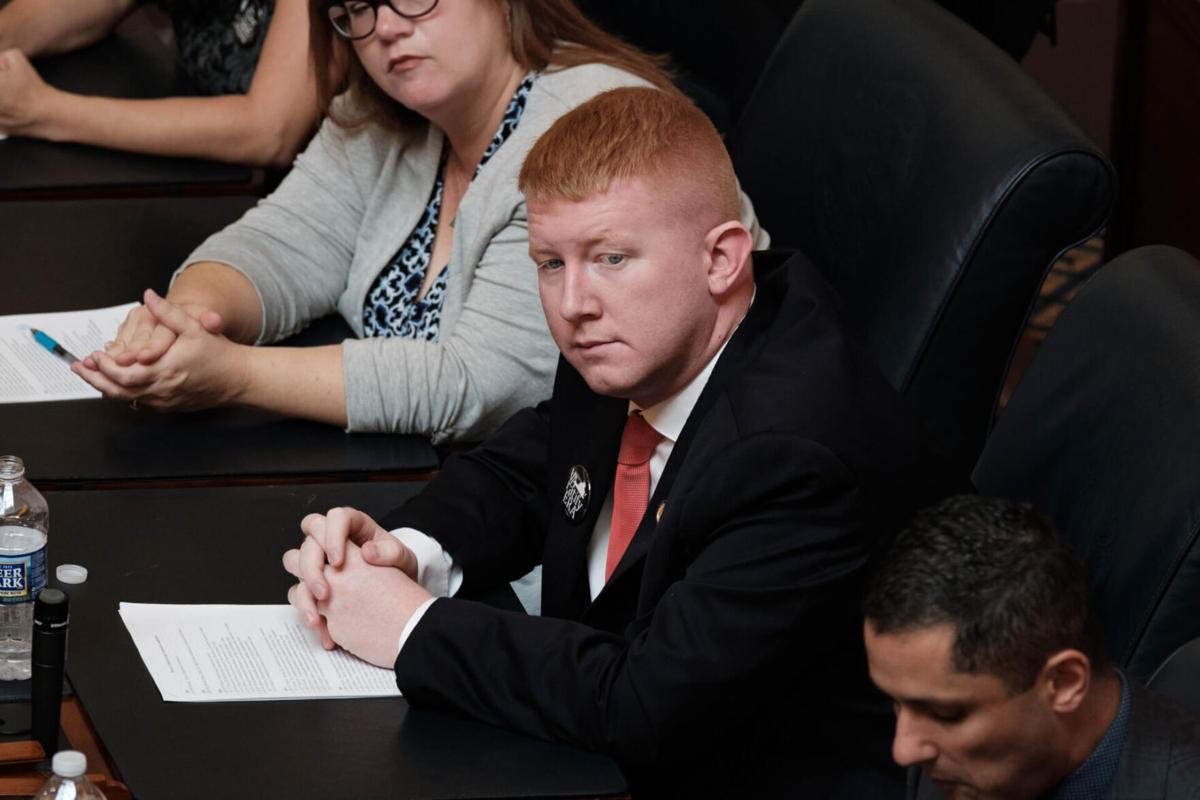 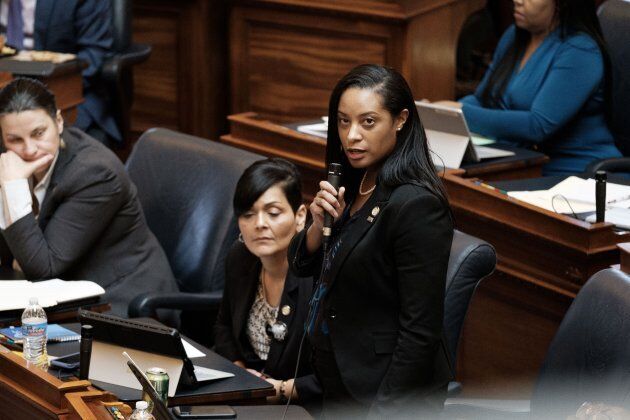 Former delegate Jennifer Carroll Foy jumped in to say McAuliffe “had his chance” and “failed the people of Virginia.” 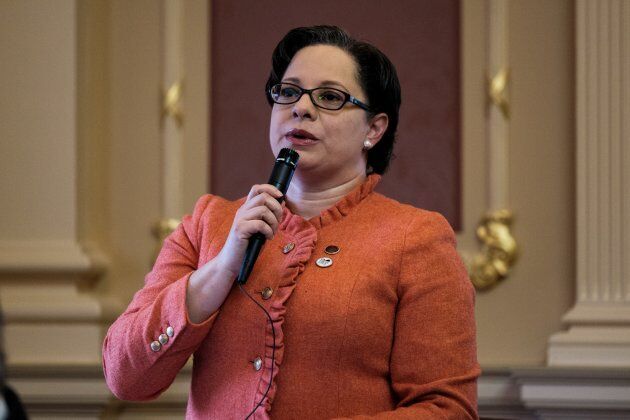 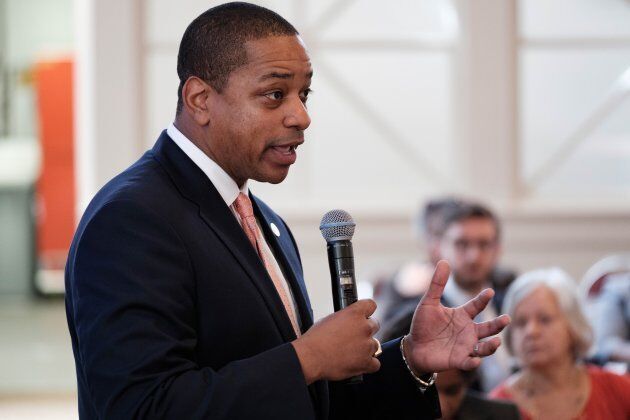 The fourth and final debate of Virginia’s Democratic primary for governor was the most contentious yet as progressive candidates tried to portray frontrunner Terry McAuliffe as out of step with the type of message the party needs to deliver to keep the state blue.

One week out from the primary, it remains to be seen whether the attacks on the former governor will dramatically alter the race, which McAuliffe seems to have dominated ever since he announced he was making the rare move of seeking a second term after leaving office in early 2018.

But the last debate, held at Christopher Newport University in Newport News and televised by Hampton Roads-based TV station WVEC, showed McAuliffe’s opponents weren’t interested in a sleepy primary finish even as McAuliffe signaled that he’s looking ahead to the general-election matchup against Republican nominee Glenn Youngkin.

That dynamic drew the first major shot of the night as Del. Lee Carter, D-50th, of Manassas faulted McAuliffe for overemphasizing the dangers of electing Republicans instead of focusing primarily on what Democrats should stand for.

“This is the first opportunity for the Democratic Party to define what it is going to be after Donald Trump is gone. And he is gone,” Carter said, a sentiment at odds with his party’s push to tie Youngkin to Trump and characterize Trumpism as a still-dominant force on the right. “We can’t just be a party that is opposed to the other guys. We have to fight for something.”

“Sure,” McAuliffe replied. “If any of you get a chance, go to Terry For Virginia. I have more policy proposals up than all the people on this stage. I have 131 pages. Fourteen very specific proposals of what I will do and how I will pay for them… If I’m telling you I’m going to do something, I promise you I’m gonna do it.”

Former delegate Jennifer Carroll Foy, of Woodbridge, jumped in to say McAuliffe “had his chance” and “failed the people of Virginia.”

“So why does he deserve a second chance? We have an option to elect an inspiring leader who will galvanize our base,” Carroll Foy said. “I can tell you Virginians deserve better than Glenn Youngkin and Terry McAuliffe at the top of the ticket. Two wealthy, out-of-touch, millionaire politicians who don’t understand the challenges Virginians face.”

Sen. Jennifer McClellan, D-9th, of Richmond, didn’t attack McAuliffe as directly, but she drew a policy contrast with him during discussion of priorities for the post-pandemic economy.

Pointing to “hesitancy” by Virginians who may not want to re-enter the workforce, McAuliffe touted his support for raising the minimum wage to $15 an hour in 2024 and more robust paid leave policies.

“I do think people will be willing to come back in to the workforce. It’s going to take some time,” McAuliffe said. “And what we need to continue to do, like I did last time I was governor, is create a record amount of new jobs.”

“What I didn’t hear in that answer is what 40% of our workers desperately need right now. And that is access to child care,” McClellan said in a rebuttal. “Before COVID, too many parents didn’t have access to child care. And COVID has decimated the child care industry. That is why the first plan I rolled out as a gubernatorial candidate is a universal child care plan… Because I have seen how hard it is to get access to affordable, quality child care. And we cannot get people back to work if they don’t have somewhere to send their children.”

Carroll Foy also pointedly went after McAuliffe over his signature achievement in his first term: restoring the voting rights of more than 173,000 Virginians with felony convictions.

Though Virginia’s felon disenfranchisement policy has had a disproportionate impact on Black communities, Carroll Foy suggested McAuliffe’s frequent emphasis on helping those with criminal records oversimplifies the issues Black Virginians care about.

“I have to say this. Terry McAuliffe, not all Black people are convicted felons,” Carroll Foy said. “We are more than restoration of rights. We are economic justice. Environmental justice. Health care justice. And that’s why we need a governor who will treat us in a holistic way.”

A demographic analysis of the more than 200,000 felons whose voting rights McAuliffe restored in a 2016 executive order showed a slight majority, 51.5 percent, were White, while 45.9 percent were Black. McAuliffe’s administration noted at the time that Black Virginians made up less than 20 percent of the state population as of the 2010 census.

At the end of the debate, the five candidates were asked how “stark differences” between Black and White experiences in America can be addressed and give more people hope.

McAuliffe said the question was “impossible” to answer in 30 seconds, but stressed access to capital, homeownership, microloans and fixing disparities in public education and online access.

“I was big and bold before. And I’ll do it again for you,” McAuliffe said. “No more tinkering around the edges.”

Lt. Gov. Justin Fairfax, the second Black person to ever hold statewide office in Virginia, said he felt it was easy to answer in 30 seconds and seemed to suggest the racial dynamics of the Democratic primary, in which three Black candidates could lose to a White man who already had the state’s top job once, is part of the problem.

“I think that when African-Americans are shut out of opportunities repeatedly, it sends a signal to people about what our system truly values,” Fairfax said. “And who truly has the opportunity to succeed in our society.”