Dels. Luke Torian, D-52nd, and Elizabeth Guzman, D-31st, have been drawn into the same district in the new Virginia legislative maps approved by the Virginia Supreme Court. 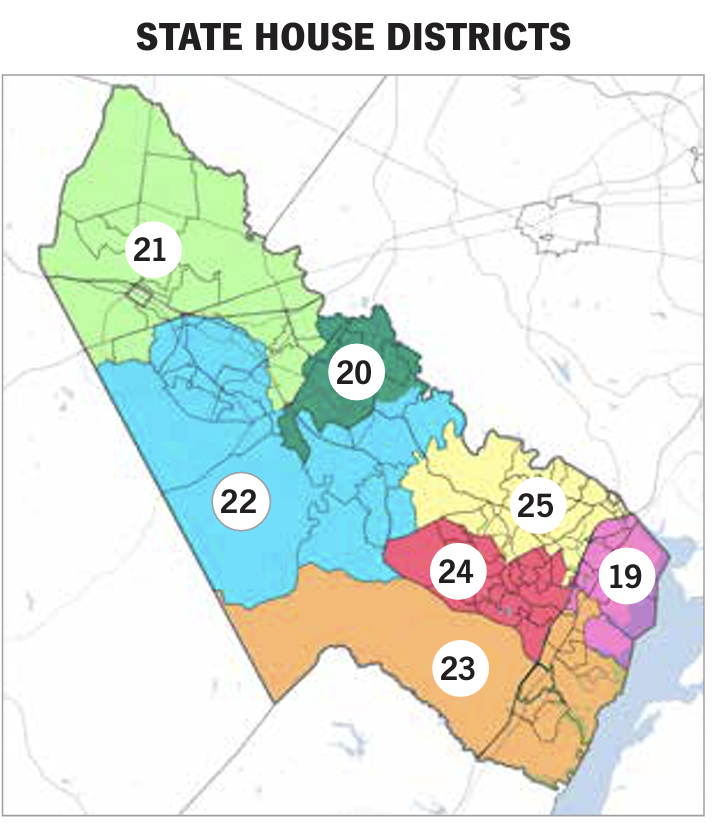 The approved map reduces the number of state House districts that include parts of Prince William County from eight to seven: the 19th, 20th, 21st, 22nd, 23rd, 24th and 25th. 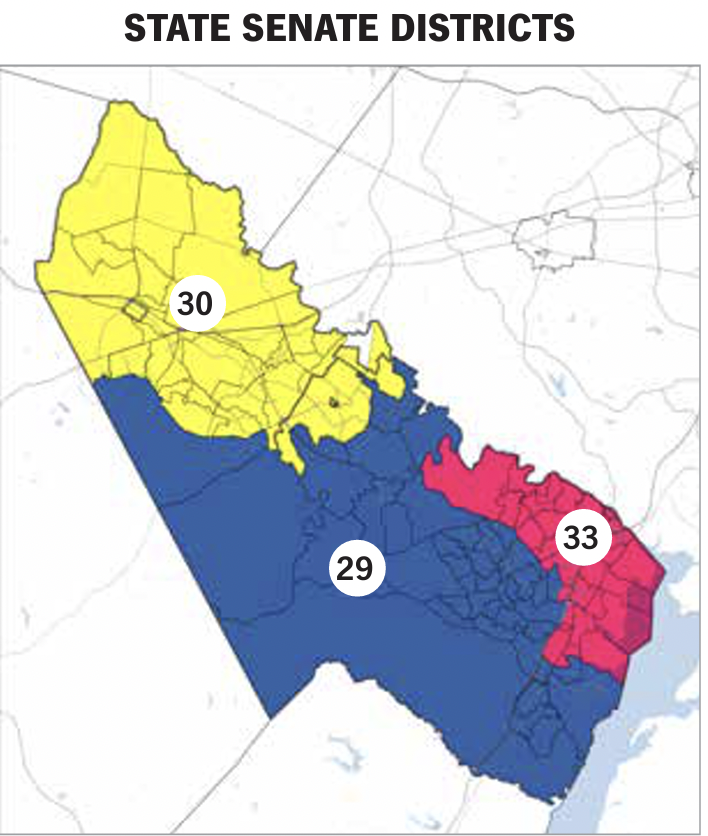 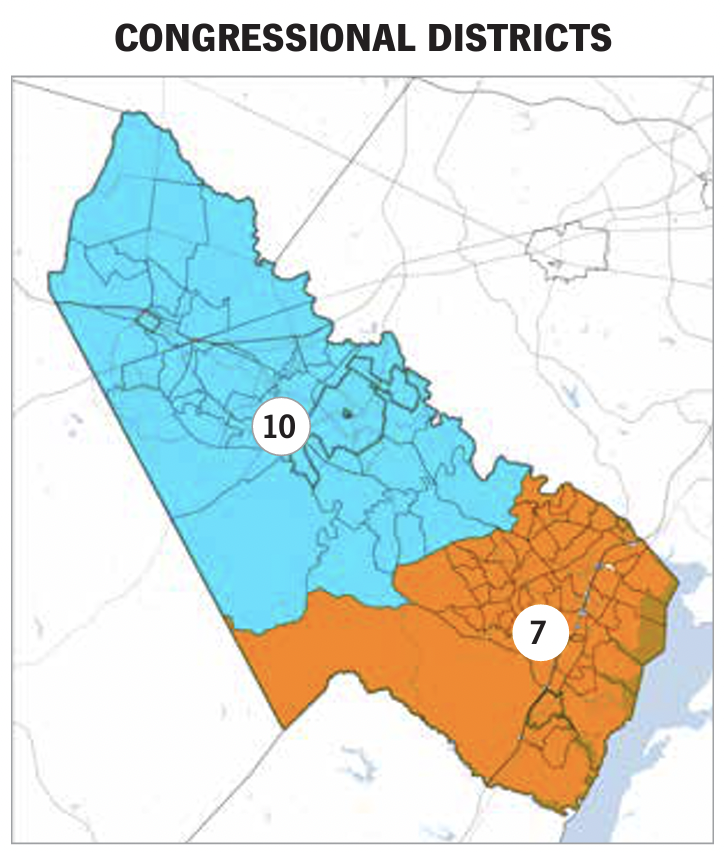 The approved map reduces the number of congressional districts including parts of Prince William County from three to two: the 7th and 10th districts.

Del. Luke Torian, one of the Virginia House of Delegates’ most powerful Democrats, has been drawn into the same district as Del. Elizabeth Guzman, one of the House’s most progressive Democrats, under new redistricting maps finalized by the Supreme Court of Virginia.

Both lawmakers declined requests for comment about whether they would seek re-election in the new district.

Torian, 63, who also serves as head pastor of First Mount Zion Baptist Church in Dumfries, was first elected in 2009. Torian became chair of the house appropriations committee in 2019, leading the powerful committee in 2020 and 2021 in ironing out the state budget.

Guzman, 48, a social services administrator for the City of Alexandria, was elected in 2017. She has championed progressive causes such as paid family leave and laws allowing undocumented immigrants to obtain driver privilege cards. As a member of the Prince William-Manassas Regional Jail Board, Guzman helped end Prince William County’s 287(g) agreement with U.S. Immigration and Customs Enforcement, or ICE, in 2020.

The new redistricting maps were drawn by two “special masters” – one each selected by Democrats and Republicans – and overseen by the state Supreme Court after a bipartisan redistricting commission failed to come to an agreement on new state legislative and congressional districts.

At the federal level, Prince William County will have two representatives in U.S. Congress under new redistricting maps. The western and mid-county area along with Manassas and Manassas Park will be within the redrawn 10th District. The eastern side of the county will be in the 7th  District.

Spanberger is drawn out of the previous 7th District, which was located in Central Virginia, south of the new district. The new district encompasses eastern Prince William County; the City of Fredericksburg; Stafford, Spotsylvania, Caroline, Culpeper, Greene, King George, Madison, and Orange counties; and part of Albemarle County.

Spanberger, 42, of Henrico County, announced on Wednesday, Dec. 29, that she will seek re-election in the newly drawn district, even though she does not live within the district.

“Nearly 200,000 Virginians in the new Seventh District have already been my constituents under the current district lines, and I look forward to continuing my service representing them as well as my future constituents. I will continue to work hard on behalf of their families, their businesses, their farms and our local economies in the years to come,” Spanberger said.

Several Democratic elected officials and former elected officials from Prince William County had previously announced their interest in running for U.S. Congress in the 7th District after initial drafts of the maps released earlier this month. The initially proposed 7th District encompassed all of Prince William County, Stafford County and the City of Fredericksburg.

As of this week, none had formally filed to run for the seat.  On Twitter, Lateef called the new maps a “VA Supreme Court fail.”

“PWC split into [two] districts, splitting a majority-minority community. This continues the gerrymandering that has weakened the second largest county in Virginia for too long insuring underrepresented minorities remain underrepresented,” Lateef said.

Tonya James, the chair of the Prince William County Democratic Committee, said in a Thursday, Dec. 30 interview that the new congressional and state legislative maps are a step in the right direction for Prince William.

“With regard to the congressional map, I would have preferred to see the totality of Prince William in one congressional district. However, I do see an opportunity for the most diverse locality in Virginia to be represented adequately by two Democrats. I believe that that we will be able to keep both of those seats,” James said.

But James added: “I don't necessarily believe that the redistricting process worked well this time, and hopefully the General Assembly will fix it before the next census comes.”

The state Supreme Court approved Virginia’s legislative and congressional districts following the failure of an independent, bipartisan commission to reach a consensus on the new maps last year.

Districts with no incumbents:

Districts with 2 or more incumbents