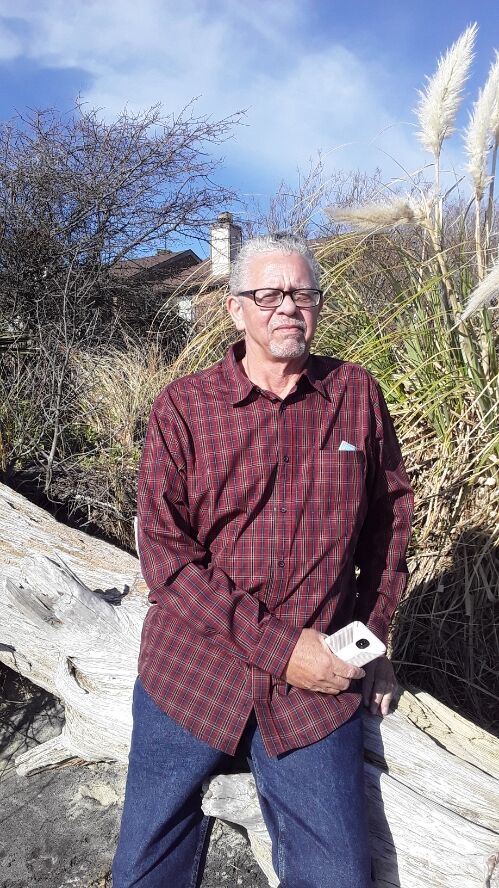 Charlie Reid, a retired Dumfries police officer and native of Batestown, took up the effort to restore the name of Batestown Road after his brother Walter Kendall passed away. 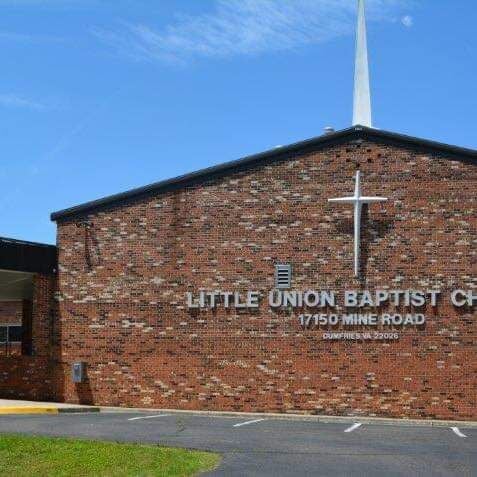 Little Baptist Union Church, now located on Mine Road, was established by Batestown residents in 1903 and remains a Batestown landmark. 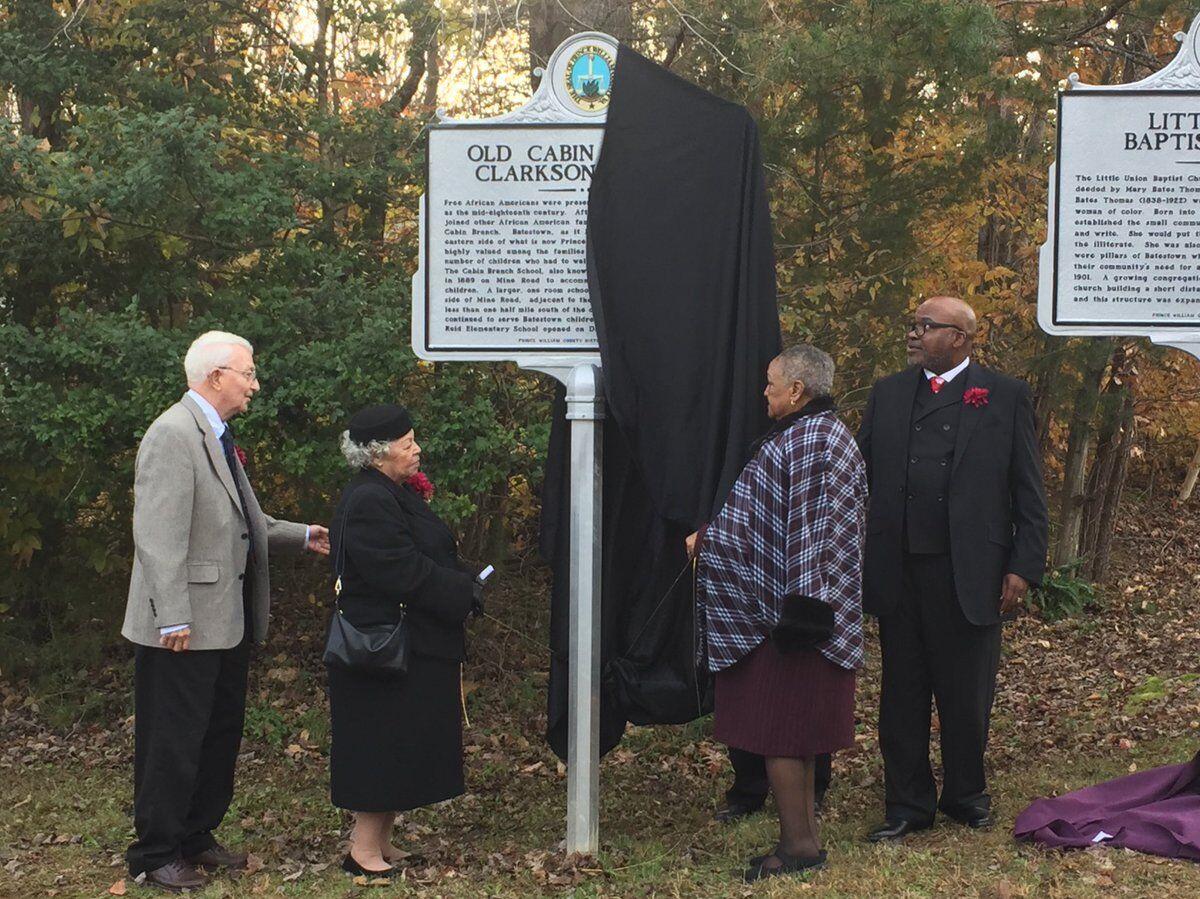 In 2018, two historical markers for Little Union Baptist Church and the former Cabin Branch School were erected to help preserve the history of Batestown. The markers were unveiled by former students.

It’s a name change 20 years in the making.

The Prince William Board of County Supervisors is scheduled to vote April 1 to change the name of Mine Road back to Batestown Road. The Dumfries Town Council approved the change last month, as part of the road is within the town limits.

The change is intended to help put Batestown, one of Prince William County’s historic African American communities, back on the map.

What happened to Batestown Road?

Batestown was founded in the 1820s. From 1889-1920, the Cabin Branch Pyrite Mine was in operation next to the community in what is now part of Prince William Forest Park. To get to Batestown, residents took Mine Road north from U.S. 1 in Dumfries. The portion of the road that split off to the right and went further north was known as Batestown Road.

After the Civil War, Batestown grew in population as former slaves moved there. During the remainder of the 1800s, the population grew large enough to support a church and school. The community also expanded into the surrounding areas of Hickory Ridge and Joplin.

In the 1930s, the federal government threatened eminent domain if local landowners did not sell their land to create Prince William Forest Park. Not all sections of Batestown were incorporated into the park, and part of the community survives today. Little Union Baptist Church, which remains, was built in the Batestown community in 1903.

After the mine closed, and with it the remaining section of the road leading toward the mine, Batestown Road became labeled as if it were a continuation of Mine Road.

In the 1940s, residents of Batestown Road had to go to the Dumfries Post Office to get their mail. They were told that if they wanted mail delivery, they had to take a Mine Road address. Many did, and Batestown Road faded from the map.

The road’s current name – Mine Road -- is factually wrong, and also ignores the vibrant African-American history of Batestown that was established before the mine and remained after its closure, says Yolanda Green, Potomac District representative on the Prince William County Historical Commission.

The effort to rename the road began about 20 years ago with Leroy Bates and Walter Kendall, two descendants of Batestown who died before achieving their goal of having the road renamed.

“I guess I picked up the banner and tried my best,” Reid said.

Green also heard about the road from someone from the county’s historic preservation division.

“With two people approaching me on this, I figured this was something I was supposed to do,” Green said. She established a Batestown team to do some research with the backing of Potomac District Supervisor Andrea Bailey (D).

With the research completed, the county’s department of information technology, which handles street renamings and address changes, began the process. The department identified 94 property owners who would be impacted by the name change. The property owners were sent certified letters informing them of the proposal.

“We have not had any opposition,” Green said. “Most of the people who are still there, grew up there. They would like to have their road back.”

“It’s a piece of history we do not want to lose,” Green said.

“Since this has been going on for 20 years, we thought it was time their voices were heard,” Green said.

If the county supervisors approve the name change as expected, the county will notify the residents and change the street signs probably in June, Green said.

“There’s a rich history there and it’s important that people know about it,” Green said. “We are trying to keep that history alive.”

“[The Potomac District has] such a rich culture across the board when you talk about diversity,” Bailey said. “I look at this as an opportunity to explain and educate that richness in our district.”

Bailey said the district also has a rich history that has not yet been properly explored or acknowledged, as is the case with Batestown. “This is part of that history that has built this district into what it is,” she said.

There are residents of the Batestown community who remember the history and would like that history to be told, she said.

The post office matter wasn’t that long ago, Bailey said. “There’s a different climate in our county now.”

“We’ve got to just brush the dust off our feet and walk circumspectly into the future,” Bailey said. “It’s a part of the past that helps us breathe into the future.”

Telling the history of Batestown

Reid, 70, grew up in Batestown. He said he became interested in the history of Batestown when he was in his 30s. “I was just curious,” he said.

Reid has a family Bible that’s about 160 years old. “It’s awesome. It tells the story about how things happened,” he said.

Growing up in Batestown wasn’t all bad, he said, but “it was dangerous. The water was poison. We had outdoor toilets. We finally got rich so we were able to afford a pump for our well. We didn’t have to drink the mine water all the time. I was glad for that,” Reid said. “When I got to be 21, I got out of there.”

Reid, who has a large extended family, said many of his relatives developed cancer. He blames the drinking water from wells and nearby creeks that were tainted with sulfur from the Cabin Branch mine.

When he learned why Batestown Road was renamed Mine Road, Reid said he was not happy.

“I grew up there. I knew it was Batestown. The mine was a source of hardship for us. I thought about all the poison water and all it represented,” he said.

While some in Batestown had jobs at the mine, one old-timer told Reid, “It was nothing but a kill zone. A lot of people died in there.”

Reid said Kendall and Bates wanted to correct the history in Prince William County and return Mine Road to Batestown Road.

“The main reason to change the name back, to me, is that the history should remain. It’s no different than a battlefield. Whether that battlefield was good, bad or indifferent, it’s history – same with Batestown,” Reid said.

Reid said the renaming the road would be justice for the people of the Batestown community. “It never should have been changed,” he said.

“It’s been a long time coming,” Reid said. “My brother and my friend LeRoy Bates, I know, they are dancing in their graves.”

Dumfries Mayor Derrick Wood said the town council, which is now entirely composed of Black residents, was excited to play a role in changing the name.

“We thought it was a great thing to do for Black History Month,” Wood said. “We wanted to correct the erroneous history that’s here right now.”

Green asks that anyone with information about Batestown and its history to email potomac@pwcgov.org.

“We want to preserve its 200-year-old history,” Green said.