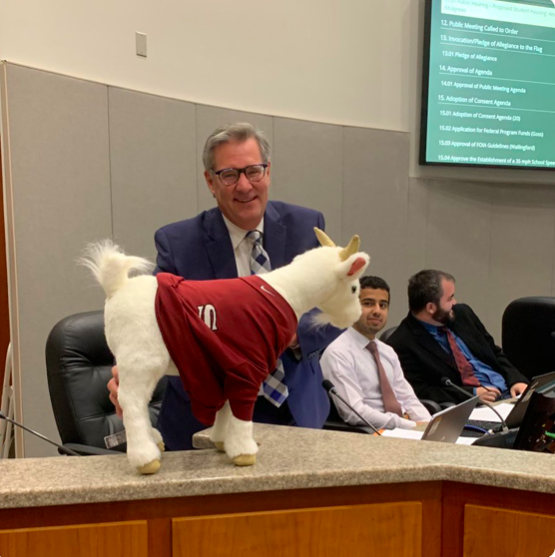 Prince William County schools Superintendent Steven Walts poses with a stuffed goat someone gave him during the June 19, 2019, school board meeting. The gift is a nod to one of the nicknames students call him on Twitter: "GOAT" for "greatest of all time." 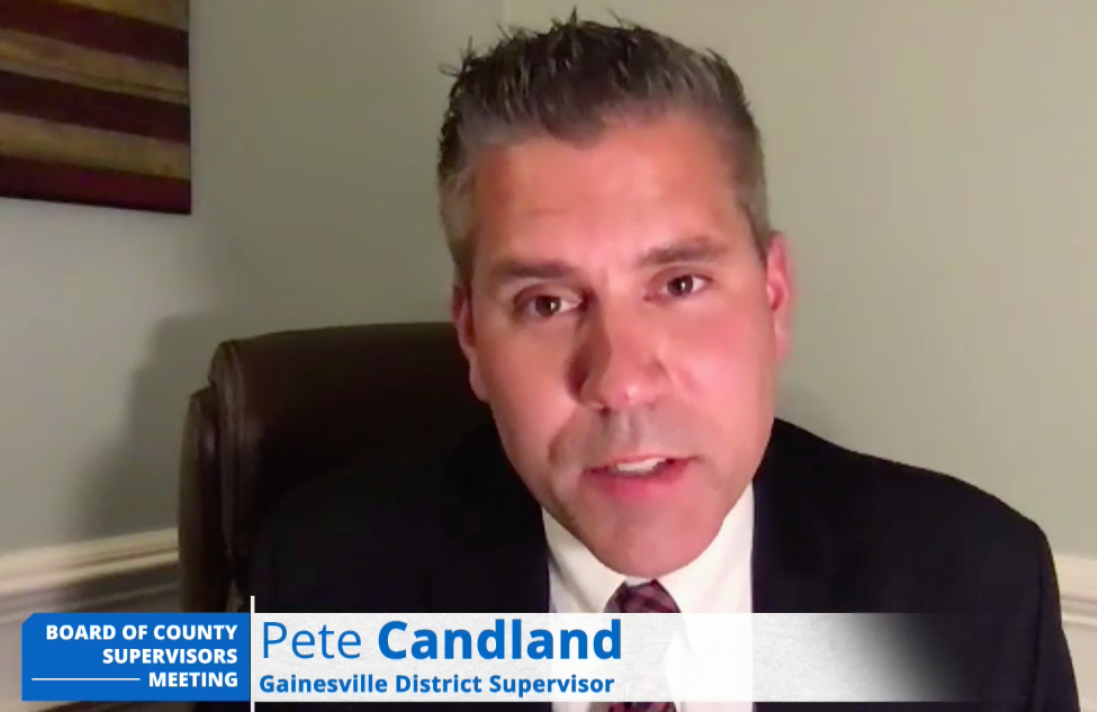 The Prince William Board of County Supervisors wants the details on the school board’s investigation into Superintendent Steven Walts’ Twitter direct messages with students. And they want to see the messages – all 10,000 of them.

Morgan filed a Freedom of Information Act with the school division asking for all of Walts’ direct messages with students since 2018. After being told there were 10,000 such messages, Morgan narrowed his request to Walts’ exchanges with 10 students’ Twitter accounts. Morgan then filed a series of complaints with the school board based on the messages he received, alleging Walts’ messages were both inappropriate and in violation of school division regulations on computer use and professional conduct, among other charges. Morgan’s complaint prompted the school board to hire an outside firm to investigate Walts’ Twitter messages, which the school board announced May 6.

The county supervisors also voted 7 to 1 Tuesday to submit their own FOIA request to the school division asking them to release all the direct messages Walts exchanged with students over the past 18 months. The request will ask that the students' names be redacted for privacy.

The moves came at the request of Supervisor Pete Candland, R-Gainesville, who said he believes the public has the right to see the messages.

Only Board Chair Ann Wheeler, D-At Large, voted against the idea. Wheeler said she does not believe it is the county board’s purview to get involved in a school board investigation of the superintendent, whom they employ.

Candland raised the issue of the school board’s investigation during his supervisor’s time at the end of the May 12 meeting. He told the board he is “very concerned” about Walts’ Twitter messages with students and about the parameters of the school board’s contract with the forensic accounting firm it hired to investigate them.

Candland said he reviewed the contract and said it appears the firm was instructed to examine the direct messages but not judge whether they violated school division policy. Candland further said he is concerned the school division will not release the results of the investigation to the public when it is complete.

In a statement released Wednesday, May 6, the school board said it hired an outside firm to investigate and produce a “confidential” report for the board.

School Board Chairman Dr. Babur Lateef declined to comment Tuesday on the supervisors’ votes, saying he had just heard about them and would wait until the county board submits its formal request before responding.

Candland and other supervisors agreed the county board should submit a FOIA request for the messages because doing so would likely be cost-prohibitive for county residents. In Virginia, public bodies are permitted to charge a “reasonable fee” for the staff work required to compile documents requested under the FOIA law. If many hours of staff work are involved, the fees can be costly.

“Now, I know there are over 10,000 messages, which I think is just a stunning amount, and I get that a lot of them are probably, ‘Hey, superintendent, please cancel school tomorrow,’” Candland said. “But I think there needs to be a public accounting of what’s actually in that information. It is cost-prohibitive for a private citizen to get that information.”

The supervisors noted they would ask the school division to provide the information at no charge. If a fee is charged, the supervisors will have to vote again on whether to pay it.

While all supervisors voted in favor of the requests with the exception of Wheeler, Supervisors Victor Angry, D-Neabsco; Andrea Bailey, D-Potomac, Jeanine Lawson, R-Brentsville; and Yesli Vega, R-Coles, all made statements saying they agree with Candland that Walts’ direct messages should be made public.

“I am concerned as a mother of two children in Prince William County and for all the young women involved,” Vega said. “I want this to be as transparent as possible because the taxpayers have a right for it to be.”

Morgan, the Gainesville resident who filed the complaint at the center of the controversy, does not have children in the school division but said last week he filed the FOIA request after hearing from a friend that his teenage son received direct messages from Walts via Twitter. Morgan is also a longtime friend and political supporter of former school board chairman Ryan Sawyers, who resigned his elected post in March 2018 after unsuccessfully calling for Walts’ resignation. Morgan is also involved in a long-running legal dispute with Patriot High School Principal Mike Bishop, who is suing Morgan for defamation of character.

Morgan’s complaint alleges Walts violated the school division's regulations on computer use that require employee social media accounts to be used only for educational and official communications.

Morgan's complaints highlight an exchange with a female high school student, which includes some messages that were sent after 11 p.m. Morgan also alleges Walts' inappropriately placed his hands on girls' torsos while taking photos with them.

Walts suspended his Twitter account last Thursday, May 7, in response to the investigation. Walts made the announcement via a video posted to his Twitter account, which is no longer accessible. He called the complaint a "personal and partisan attack" and an attempt to "smear and slander him for political purposes” during his annual contract review period. The school board has a closed meeting scheduled at the end of the month to conduct Walts’ annual evaluation.

Candland acknowledged the history but said that makes it all the more necessary for the public to see the messages and decide for themselves.

“I know there are some axes to grind here [and that] people come at this from different perspectives and that’s why the best way to handle this is for the people to see the information so they can make their own decisions…,” Candland said.

"Effective immediately, with great disappointment, I am temporarily suspending the use of th…

UPDATED: Former Prince William County School Board chairman Ryan Sawyers has dropped the school board from his $2.3 million defamation lawsuit…