The county’s department of information technology opened the bidding last week for proposals from companies to resolve “the entirety” of the county’s broadband internet access gaps. The proposal from a bidder would require plans for the design and construction of a broadband network to bring high-speed internet to unserved and underserved areas of the county.

The bid-winner would also aid in preparing grant and loan applications to procure broadband funding from state and federal sources like Virginia Telecommunications Initiative, or VATI, and the Federal Communications Commission's Rural Digital Opportunity Fund.

Rob Mancini, Prince William County’s Chief Information Officer, said Wednesday the county is “aggressively” looking for solutions to the lack of broadband internet in unserved areas of the county. The effort is part of an initiative undertaken by the county in 2020 known as the “technology inclusion” program. 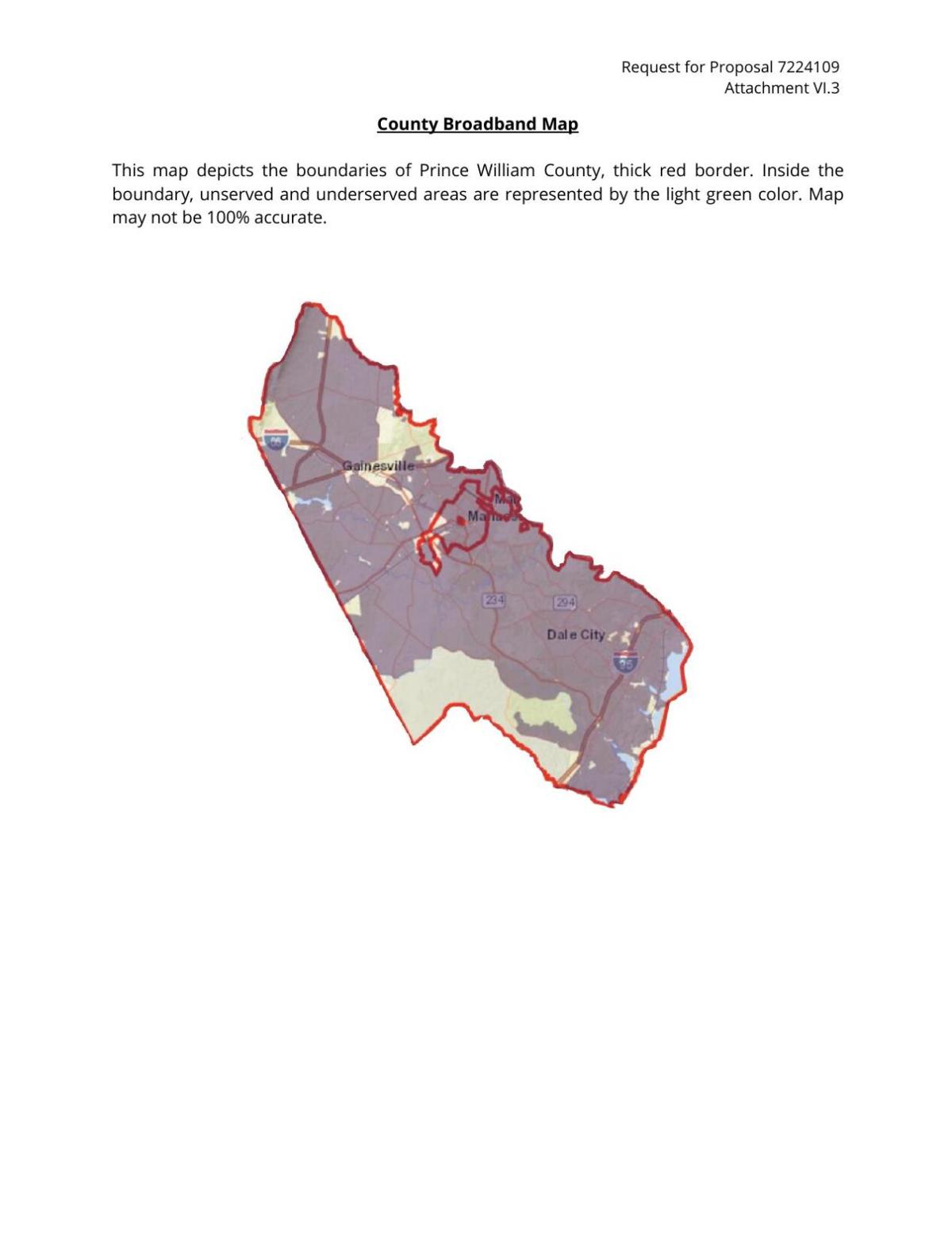 “The county is serious about identifying every service gap for broadband and finding a partner to help close it,” Mancini said. “... We've got issues here and we're going to find creative ways to solve them because the folks have been asking for it, and they've been waiting a long time.”

Mancini said there is no estimate for how much such a proposal would cost the county. Those estimates will become clearer once the county receives and publishes its bids for the proposal. Bids are due by April 5.

Where are the internet gaps?

In 2020, Prince William County’s local government identified the lack of high-speed internet access as “a chronic and critical issue threatening the immediate quality of life and economic survival of residents, local businesses and visitors,” according to the county’s “request of proposal.”

“Lack of broadband services in these communities, for both residents and businesses, hinders quality of life and prospects for new business creation,” the request of proposal states.

Areas of the county that lack access to broadband include the rural area of the county near Manassas Battlefield National Park, along Interstate 66 at the Fauquier County border and in the areas bordering Marine Corps Base Quantico, according to a broadband access map provided in the county’s proposal.

County officials added that the ongoing COVID-19 pandemic, and the associated focus on virtual methods of remote learning, remote commerce, remote entertainment, “has exacerbated and compounded the impacts in rural, under-served and unserved areas of our county.”

At-large Chair Ann Wheeler said Tuesday the county may be able to use existing, federal CARES Act funds or newly allocated funds from the recently approved American Rescue Plan to pay for some local broadband initiatives.

“In today's environment, with or without COVID universal broadband access is important to all residents, whether it be in a more densely populated area or in the rural areas,” Wheeler said. “I consider it a utility these days.”

The major broadband providers in the county (Verizon, Comcast, etc.), REFUSE to offer high-speed Internet services in the "hard to reach" areas because it isn't sufficiently profitable for them. Just a minor point...