Five members of the Prince William Board of County Supervisors did not break Virginia’s Freedom of Information Act by attending a meeting called by the police department in the wake of a May 30 protest against police brutality in Manassas, a retired Fairfax County judge ruled Wednesday.

Smith was assigned by the Virginia Supreme Court to hear the case after all six judges on the Prince William County Circuit Court bench recused themselves.

Smith said the plaintiffs’ attorneys, Chris Kachouroff and Patrick McSweeney, failed to show sufficient evidence that the meeting at issue, called the day after the protest by former Prince William County Police Chief Barry Barnard and Deputy Chief Jarad Phelps, met the definition of a meeting subject to public disclosure rules under the FOIA law.

The lawsuit was filed by Prince William County residents B. Alan Gloss, Tammy Spinks and Carol Fox and alleged the police department meeting was illegal because the public wasn’t notified and because the three Republican county board members – Supervisors Pete Candland, R-Gainesville; Jeanine Lawson, R-Brentsville; and Yesli Vega, R-Coles – were not told about the meeting and did not attend.

The meeting at issue was a gathering of about 60 community members, faith leaders and elected officials – including the five supervisors as well as Del. Lee Carter, D-50th,  who was involved in the May 30 protest and was among demonstrators who were hit by police tear gas late that night.

According to testimony, several faith leaders and members of local Black churches were also in attendance. The meeting was held at 1 p.m. on Sunday, May 31, at the Prince William County Police Department’s central station off Bacon Race Road and lasted about two hours, supervisors said.

The lawsuit alleged public business was discussed at the meeting because the police department officials gave their account of the police response to the protest, which began peacefully and then turned violent.

Police declared the protest an unlawful assembly after some demonstrators threw rocks and other items at officers and into the crowds. The Virginia State Police, who came to the aid of local officers, deployed chemical agents into the crowds to disperse them hours after calling on all protesters to leave the area. Several businesses in the area of the protest, which took place outside Manassas near Va. 234 Business and Sudley Manor Road, suffered property damage including broken windows.

The five supervisors – all of whom took the witness stand during the hearing – said they were not formally invited to the meeting by the police department and did not realize their fellow supervisors would be in attendance. All further said they went to listen, offered little input and conducted no public business.

Wheeler said she was told of the meeting by County Executive Chris Martino, who she texted late on the night of the protests to ask if he could arrange for her to meet with Phelps some time the next day. She said Martino texted her the next morning and told her he had arranged for her to meet with Phelps and Barnard at about 12:30 p.m. on Sunday -- prior to the community meeting they had called for 1 p.m. Martino suggested that Wheeler attend the community meeting, Wheeler said.

Wheeler said she “was shellshocked” to walk into the community meeting and see about 60 people in attendance, including her fellow Democratic supervisors. She said she did not know they were aware of the meeting.

The other supervisors said they had been told about the meeting in other ways. Bailey said she heard about it from her husband, Cozy Bailey, president of the local NAACP and chairman of the police department’s “citizen advisory board.” Cozy Bailey helped the police department spread the word about the meeting and facilitated the discussion during the gathering, several supervisors said during their witness testimony.

Boddye and Angry said they heard about the meeting from other community members.

At the crux of the court proceeding was whether the community meeting met the definition of a meeting of the Prince William Board of County Supervisors under the Virginia FOIA Act. Kachouroff and McSweeney argued it did because it more than three supervisors were in attendance and the discussion covered some of the most important public business of the year: demonstrations against police brutality in the wake of high-profile police killings and how police departments were responding to the uprisings.

Kachouroff further argued that the Democratic supervisors intentionally excluded the Republican supervisors in an effort to influence the police department’s response to future protests without possible interference from the GOP board members.

Smith said he might agree with Kachouroff’s assessment if Kachouroff had provided evidence to support that conclusion, but said he had not.

“And I grant the motion to strike,” Smith added, effectively dismissing the lawsuit.

A few minutes earlier, Smith said he “disagree[d]” with the plaintiff’s characterization of the meeting and its intent.

“Here you had a meeting, called by the police department, to gather community input and get feedback. That’s what the evidence has established,” Smith said.

Asked for comment after the hearing, Wheeler said she was grateful for the “thoughtfulness” with which Smith handled the case “and his realization [the meeting] was not a violation of FOIA, which I expected all along.”

“It’s hard to say it was a willful meeting when I didn’t’ know any [other supervisors] were going to be there,” Wheeler said.

Franklin said she was glad the lawsuit was resolved.

“I’m glad it’s over and I’m looking forward to getting back to the real business of the county instead of the shenanigans,” she added.

Gloss, however, said he was disappointed with the judge’s ruling and said he believed Smith lacked sufficient evidence because there was no recording of the police department’s community meeting to know exactly what was discussed.

“No one was there. If you don’t inform the public, how can the public be there to know?” Gloss said.

Gloss, a Coles District resident, said he brought the lawsuit out of a concern for government transparency. He said he and his fellow plaintiffs raised about $24,000 through a GoFundMe campaign to pay their attorneys. Although he lost the case, Gloss said he feels the community will be better off for their efforts in that both the supervisors and the community now have a better understanding of the state FOIA law.

“Everyone going through this process is now very aware of this law. And I’m hoping we won’t see our elected officials violating this law in the future,” Gloss said. “And I want to watch out for that happening as much as I can.”

Charges dropped against 5 of 8 Manassas protesters

Democrats on the Prince William Board of County Supervisors are seeking reimbursement for $95,400 in legal fees stemming from a failed lawsuit…

Republicans have such a victim mentality. This was a frivolous lawsuit if I've ever seen one. 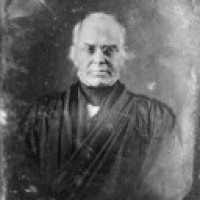 You would need to actually read and understand the lawsuit (in English of course) before you let the vitriol of publik ejukashun drip from your lips.