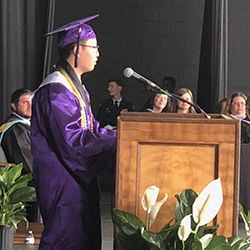 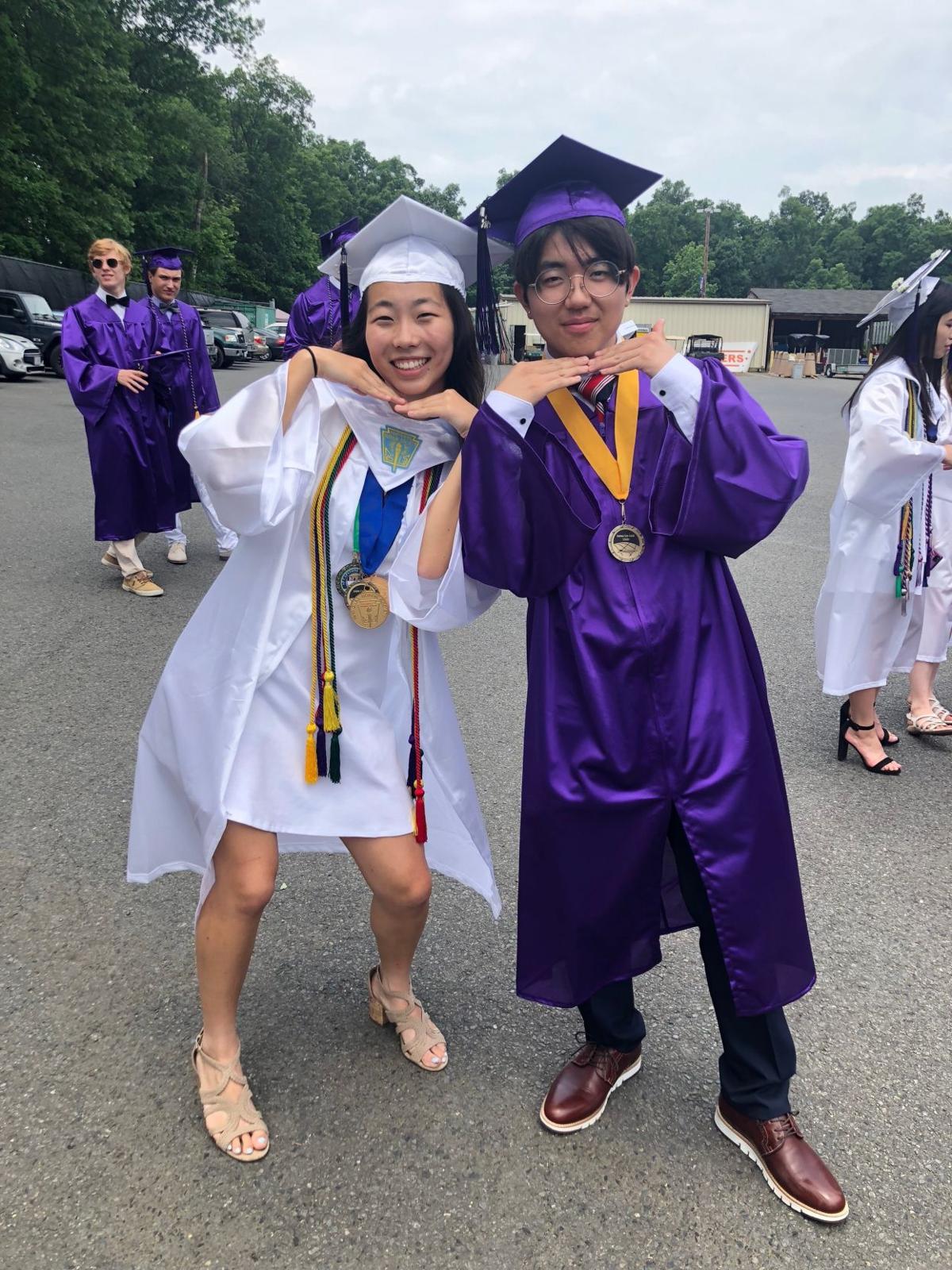 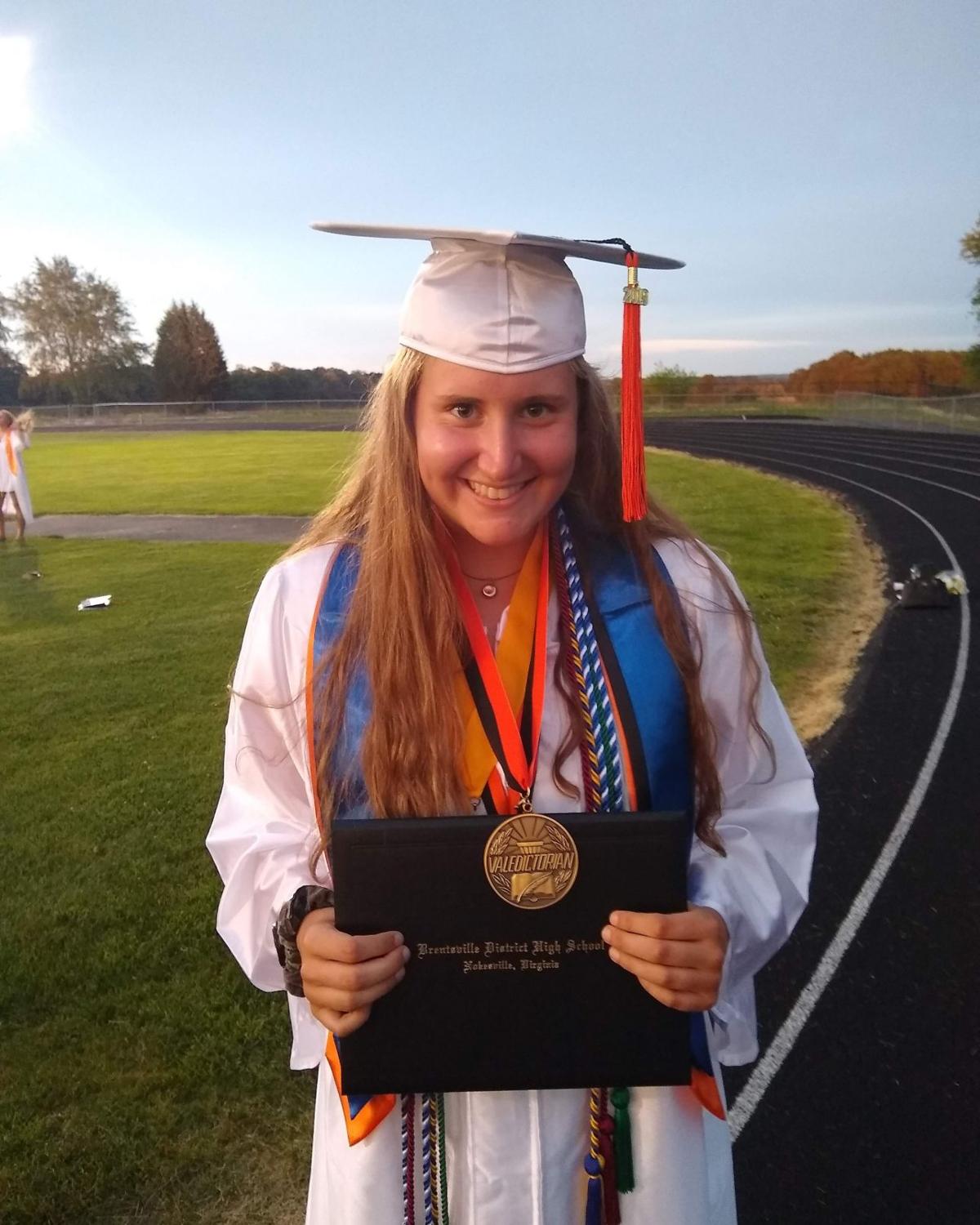 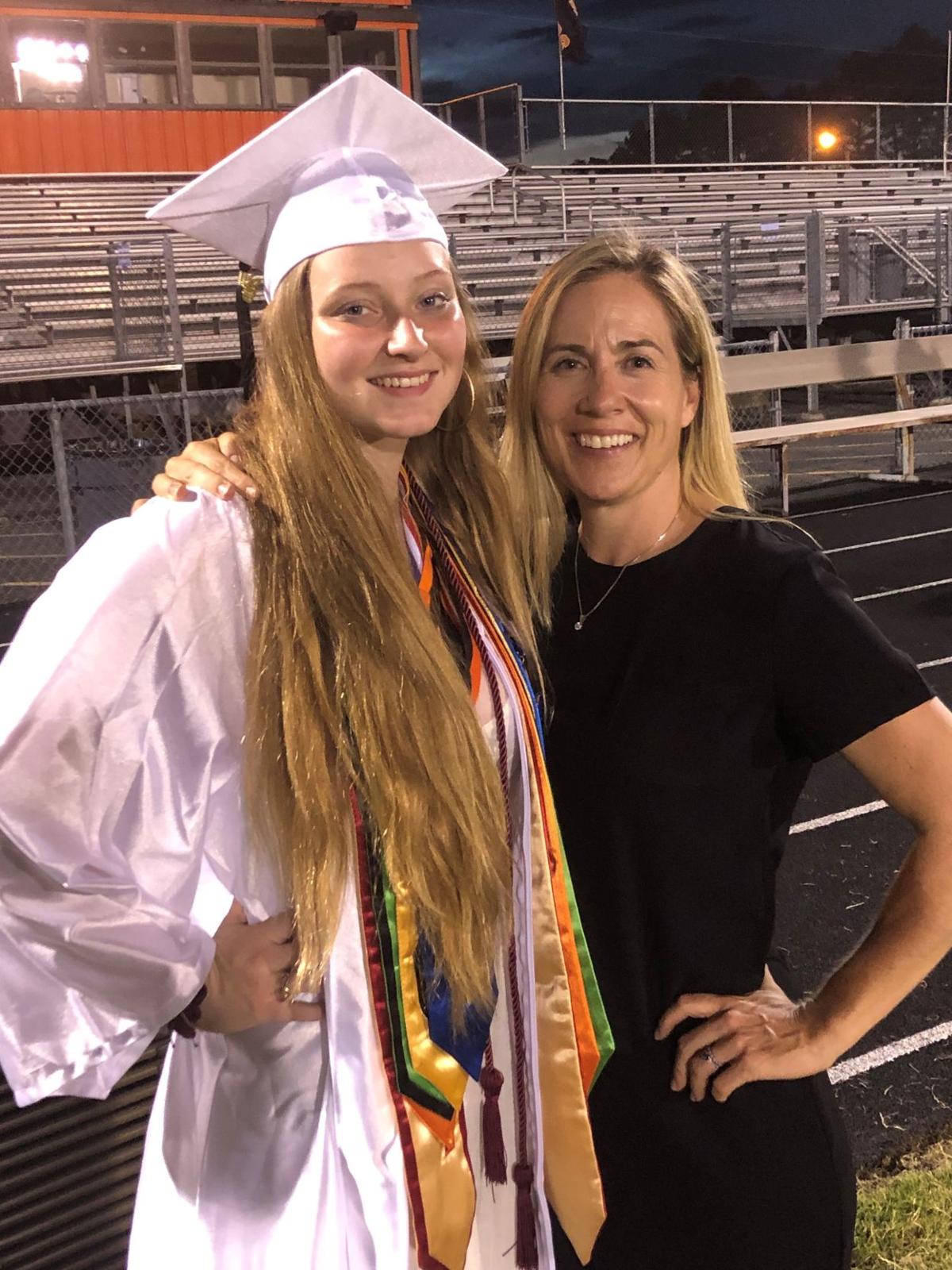 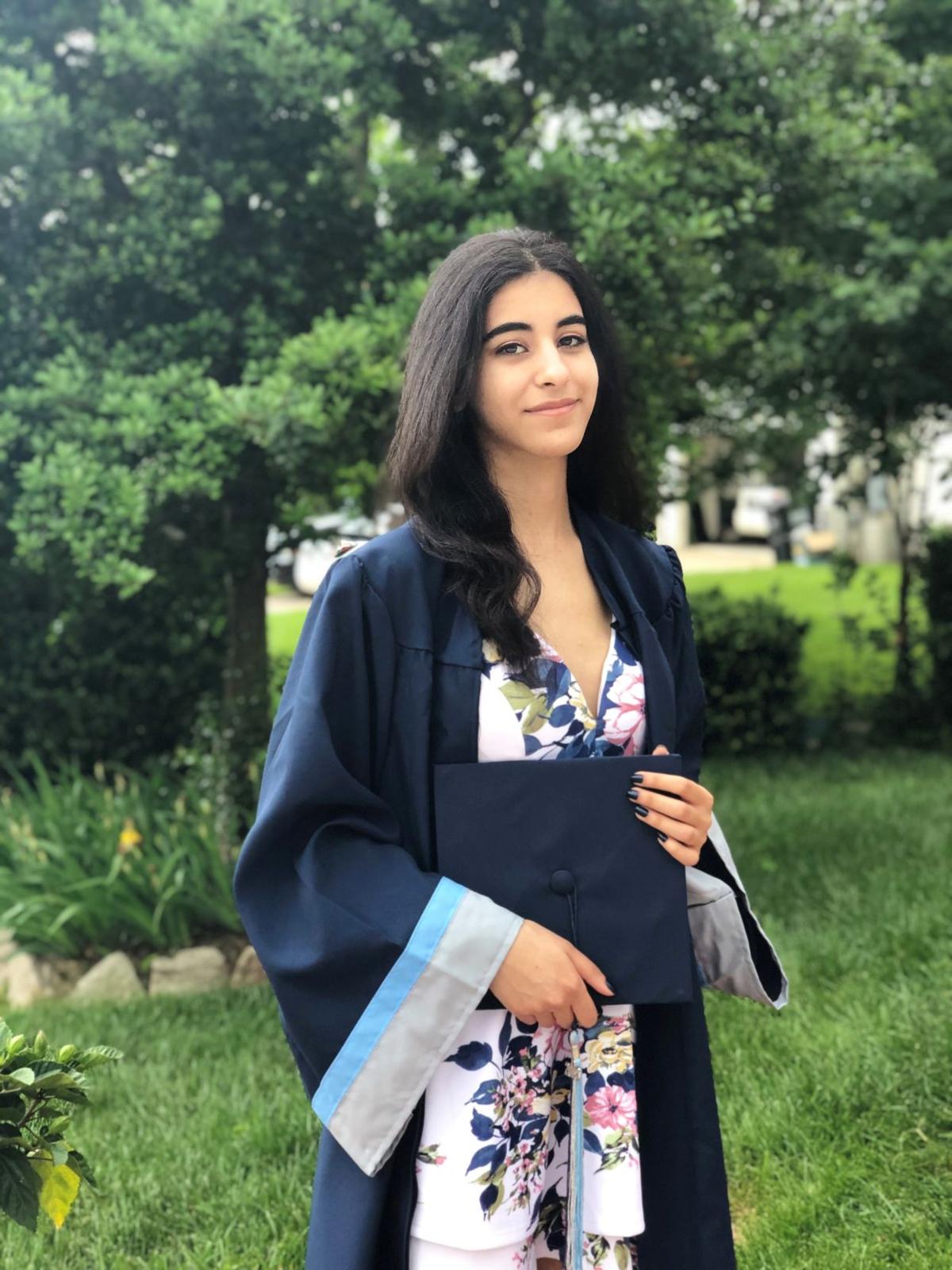 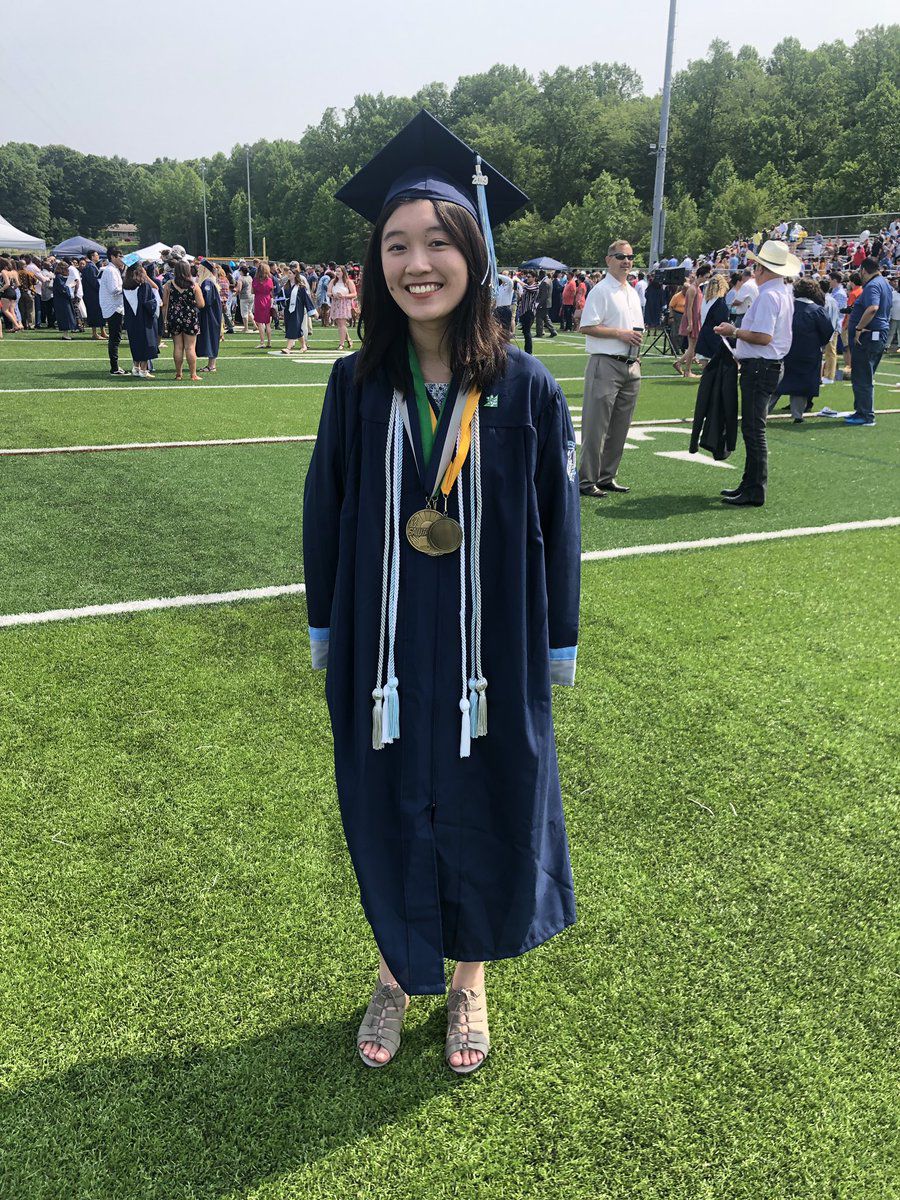 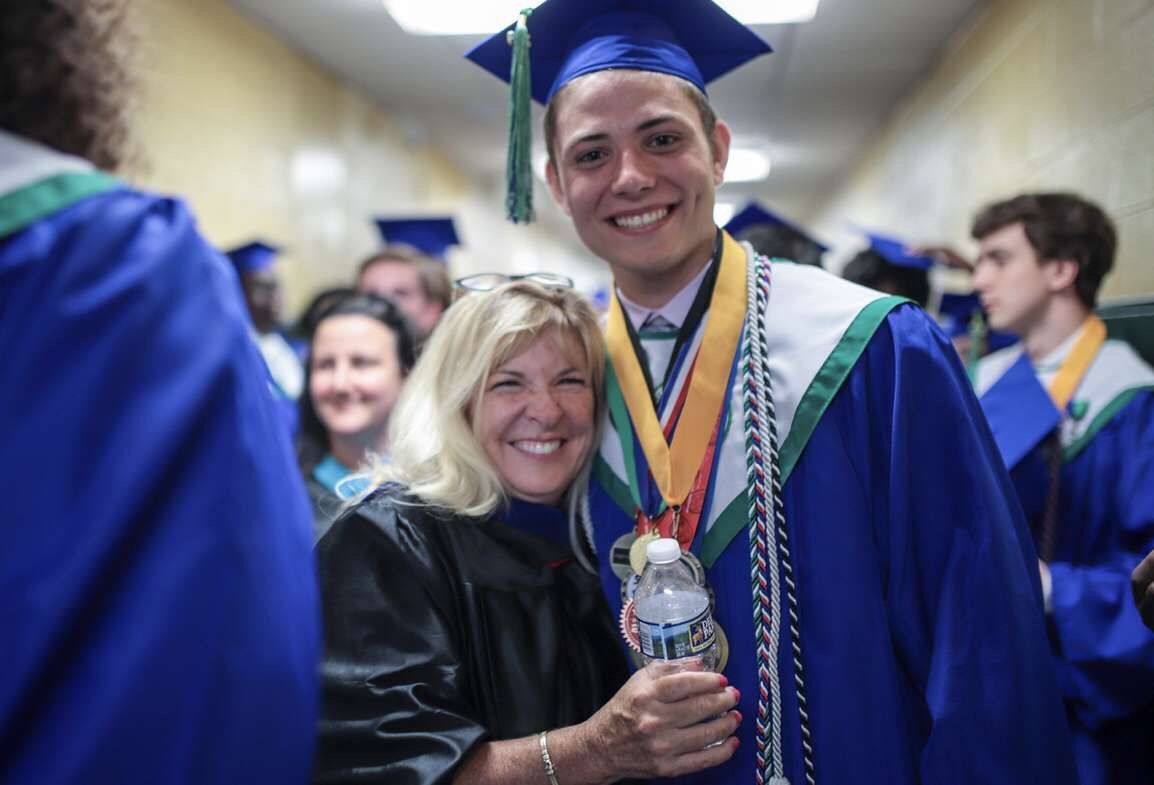 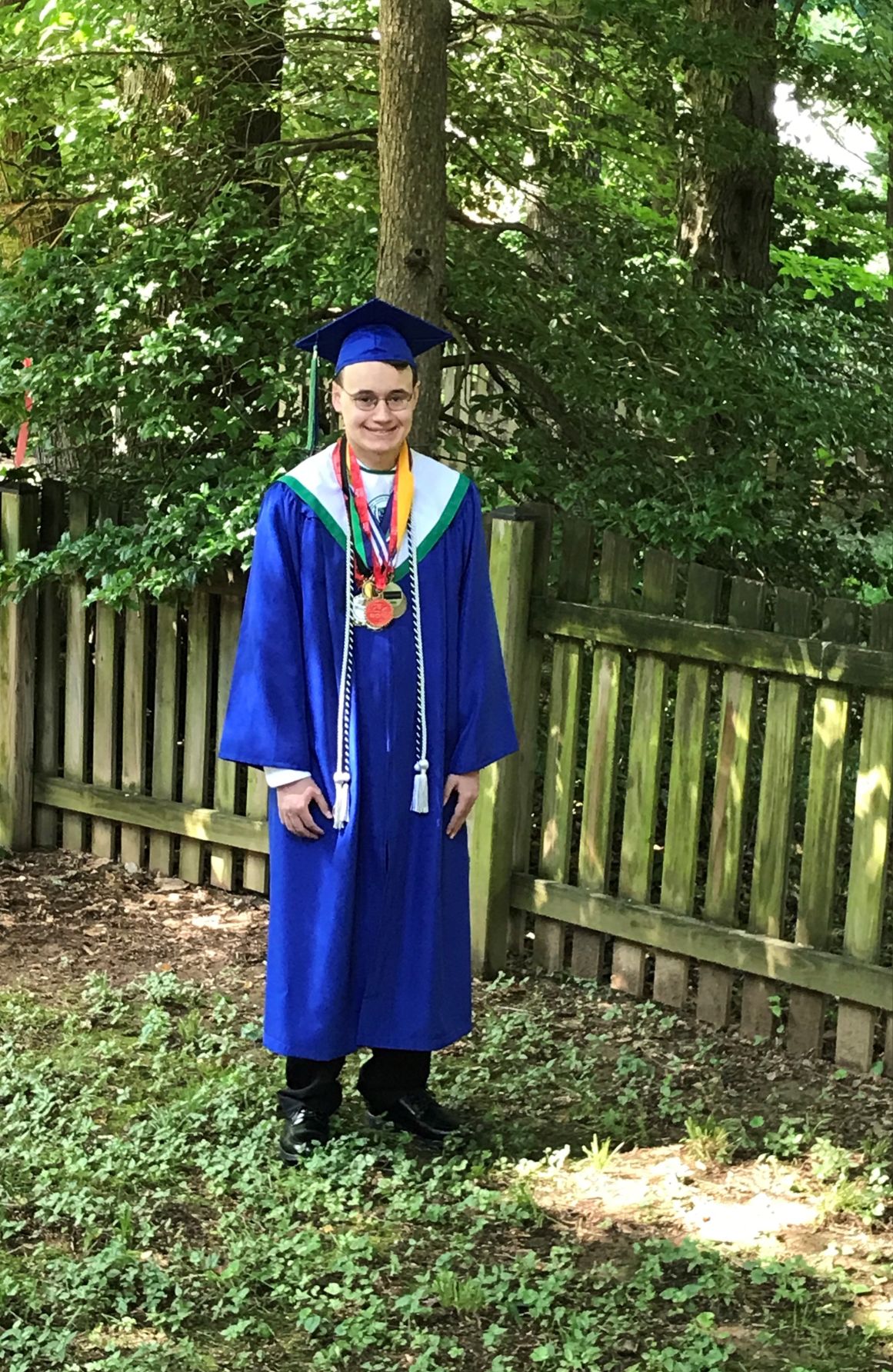 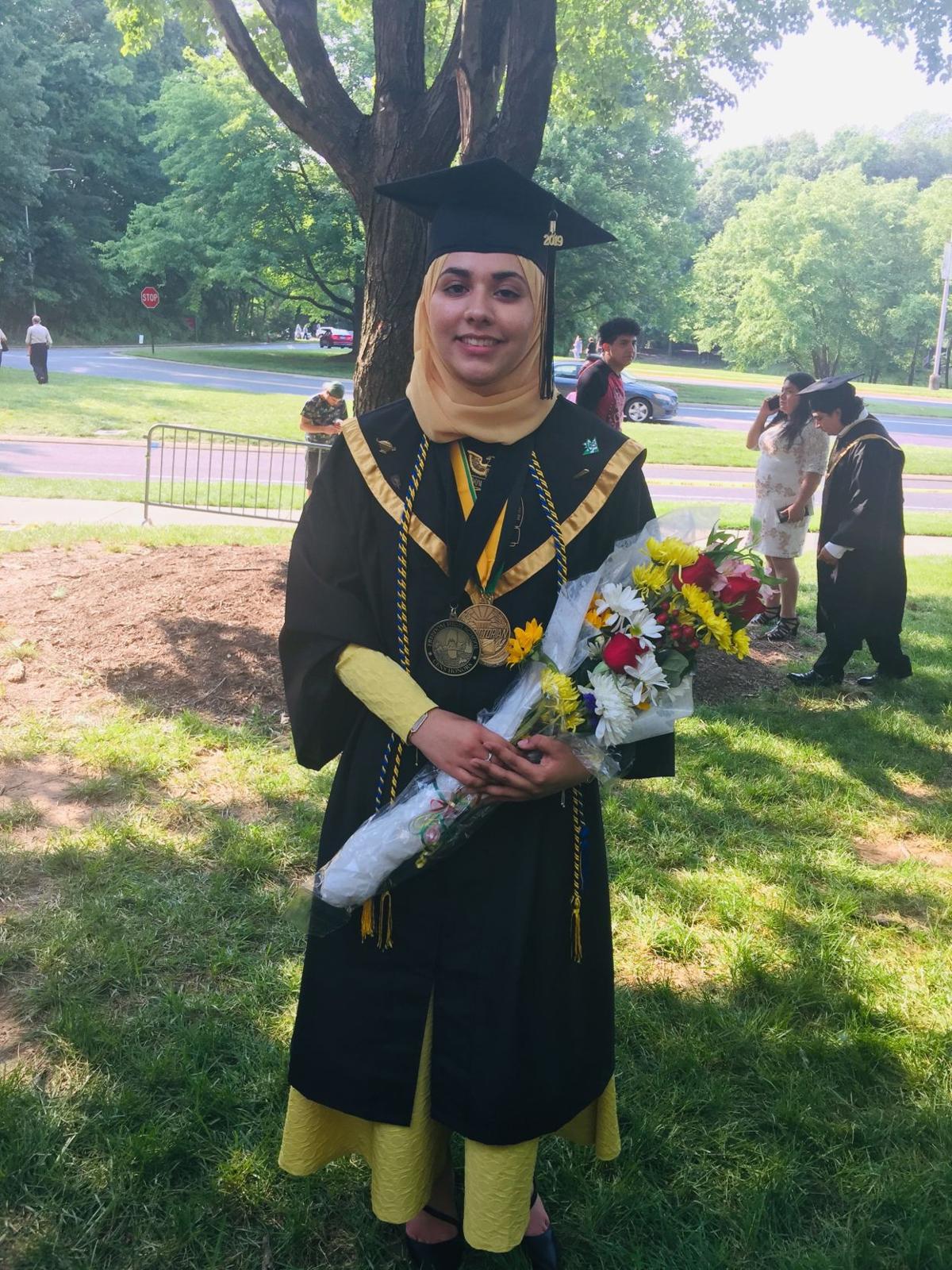 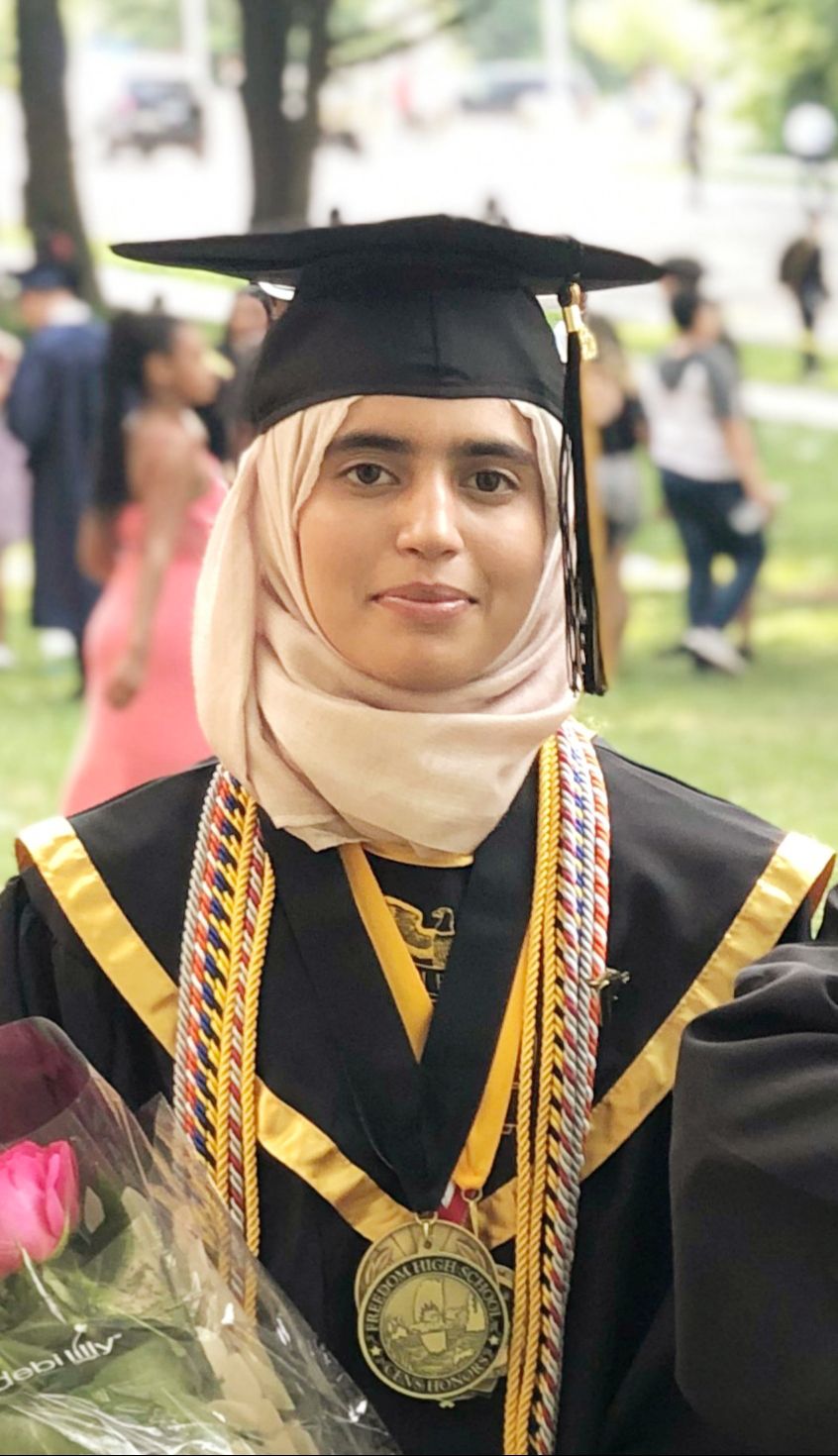 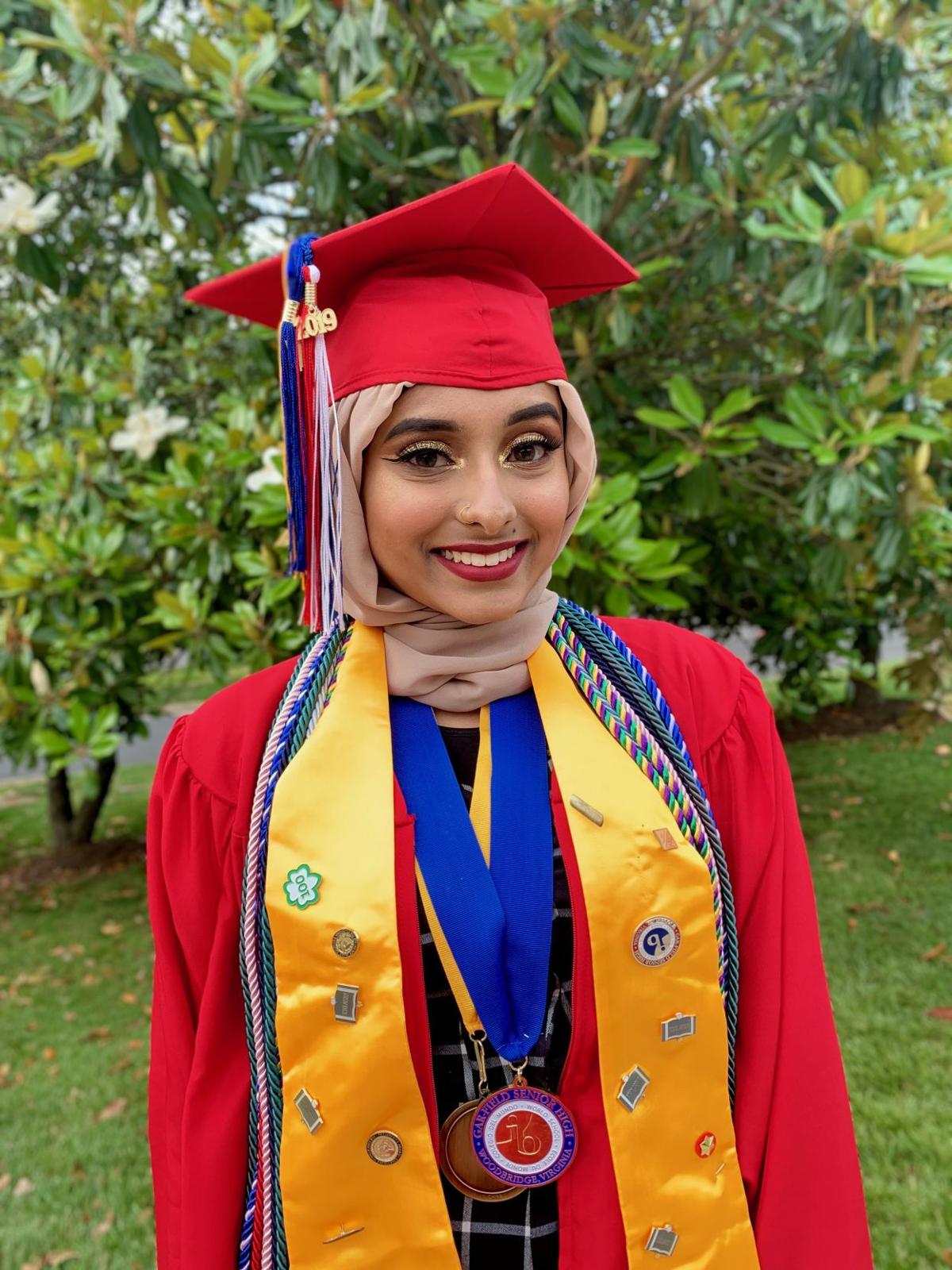 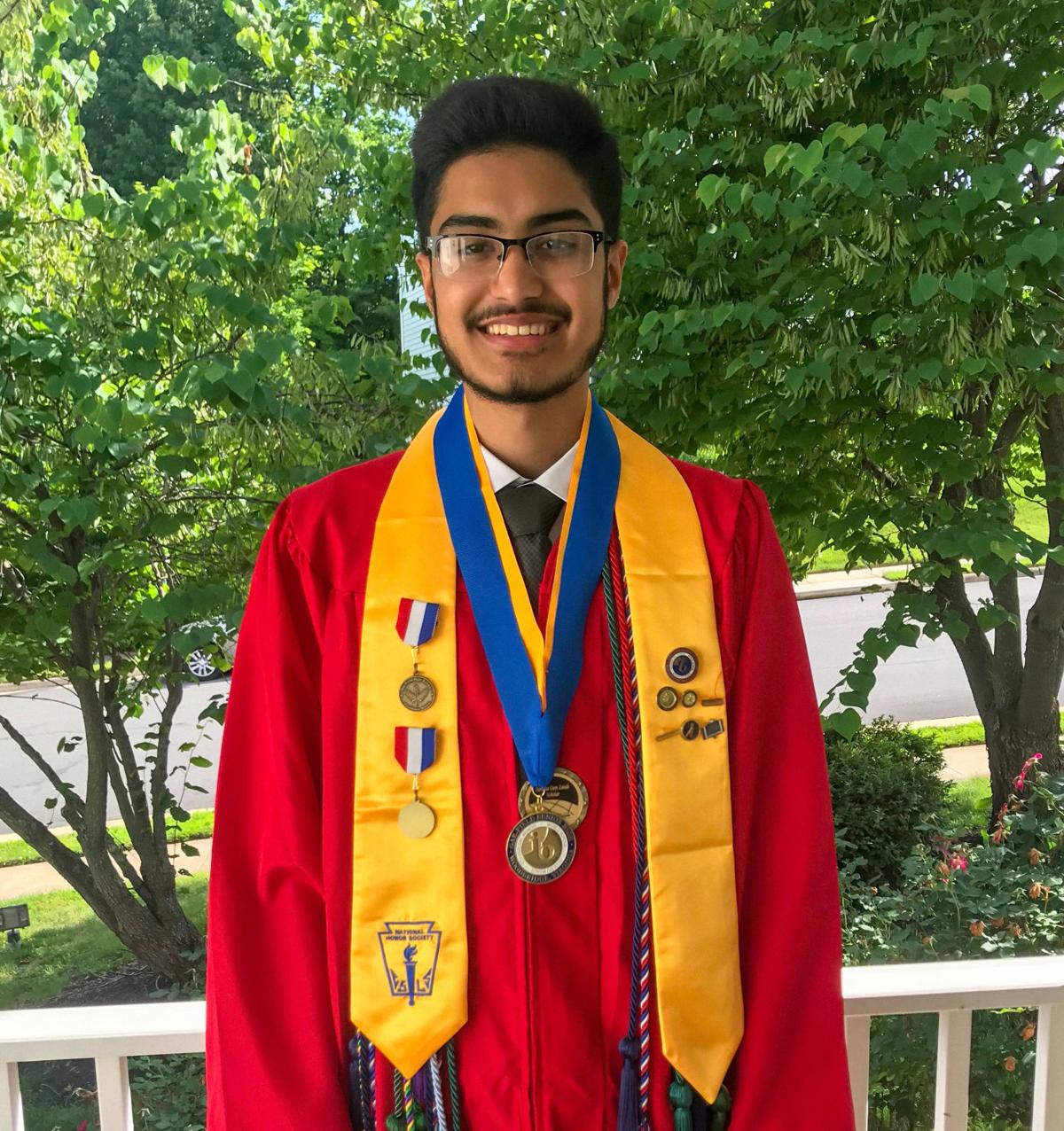 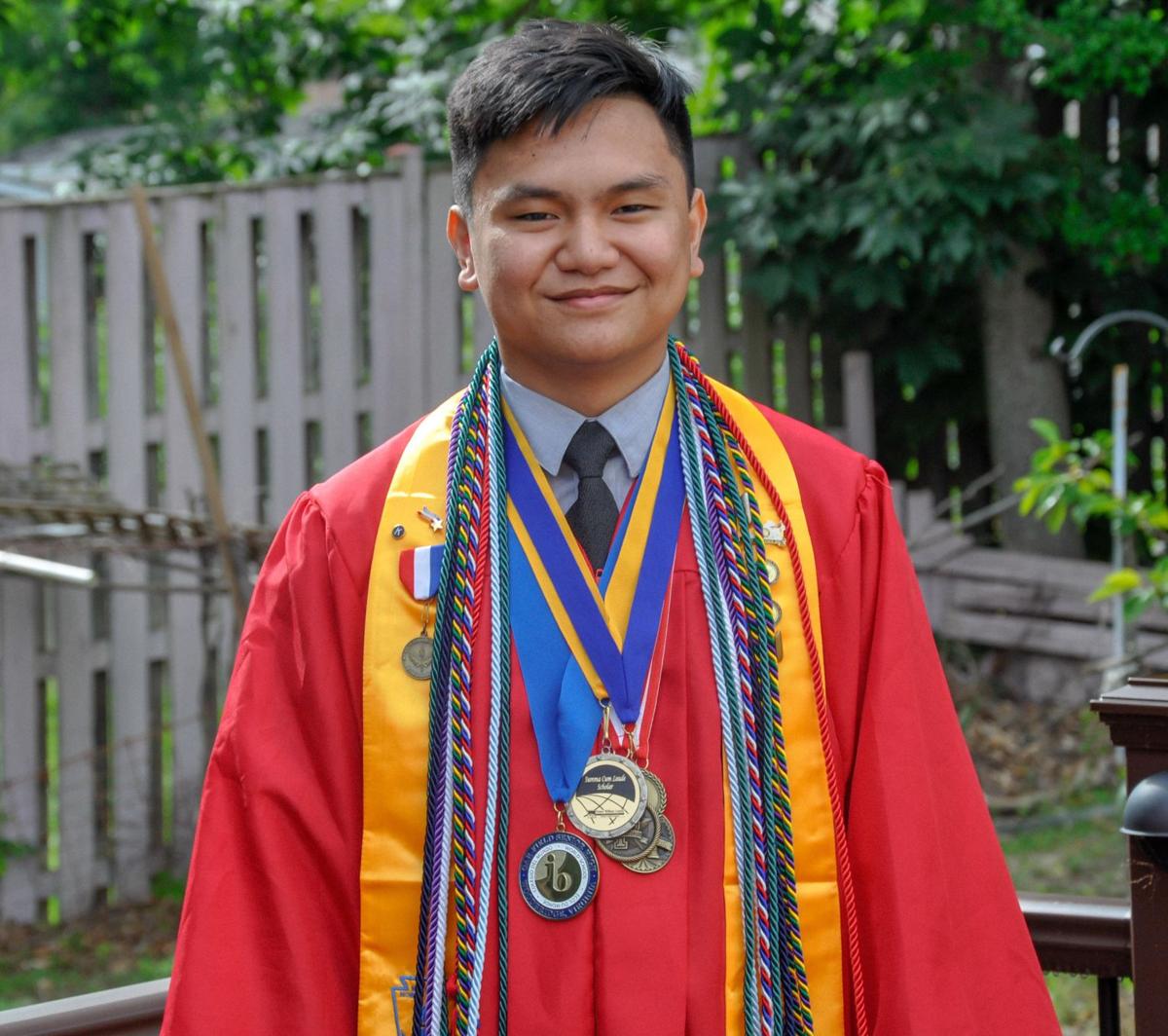 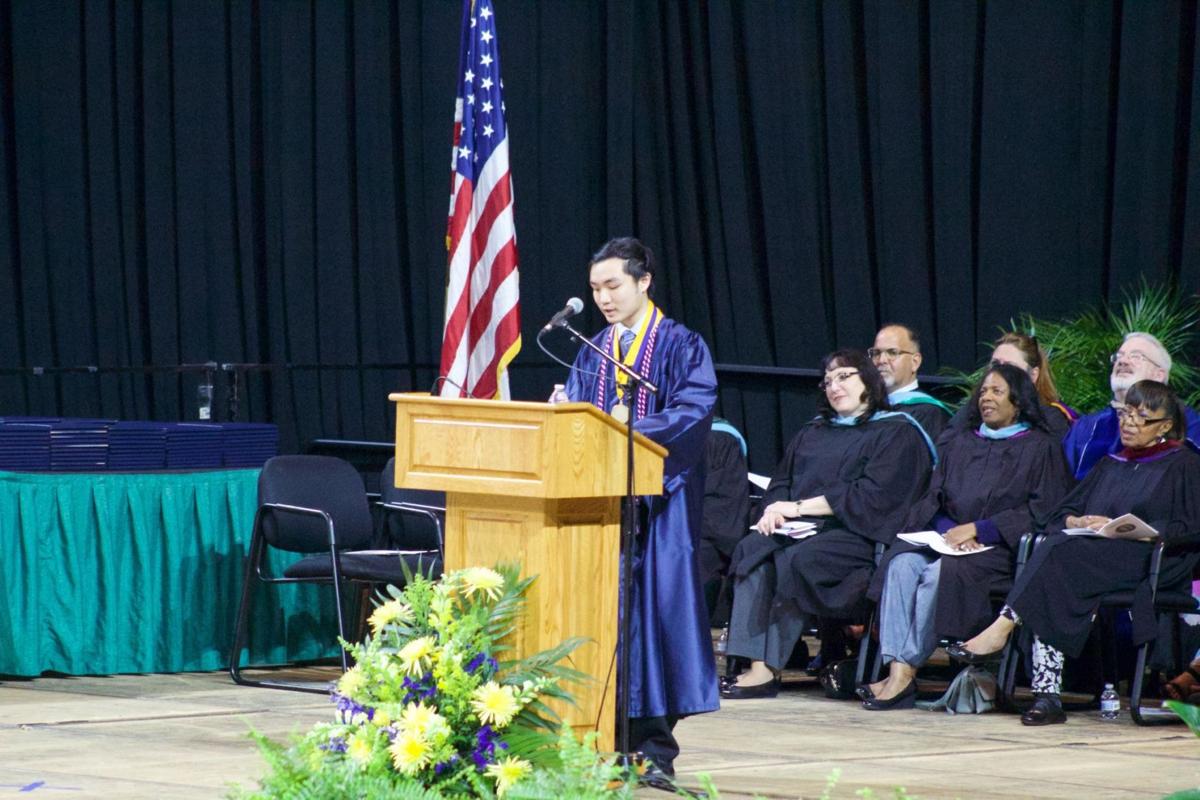 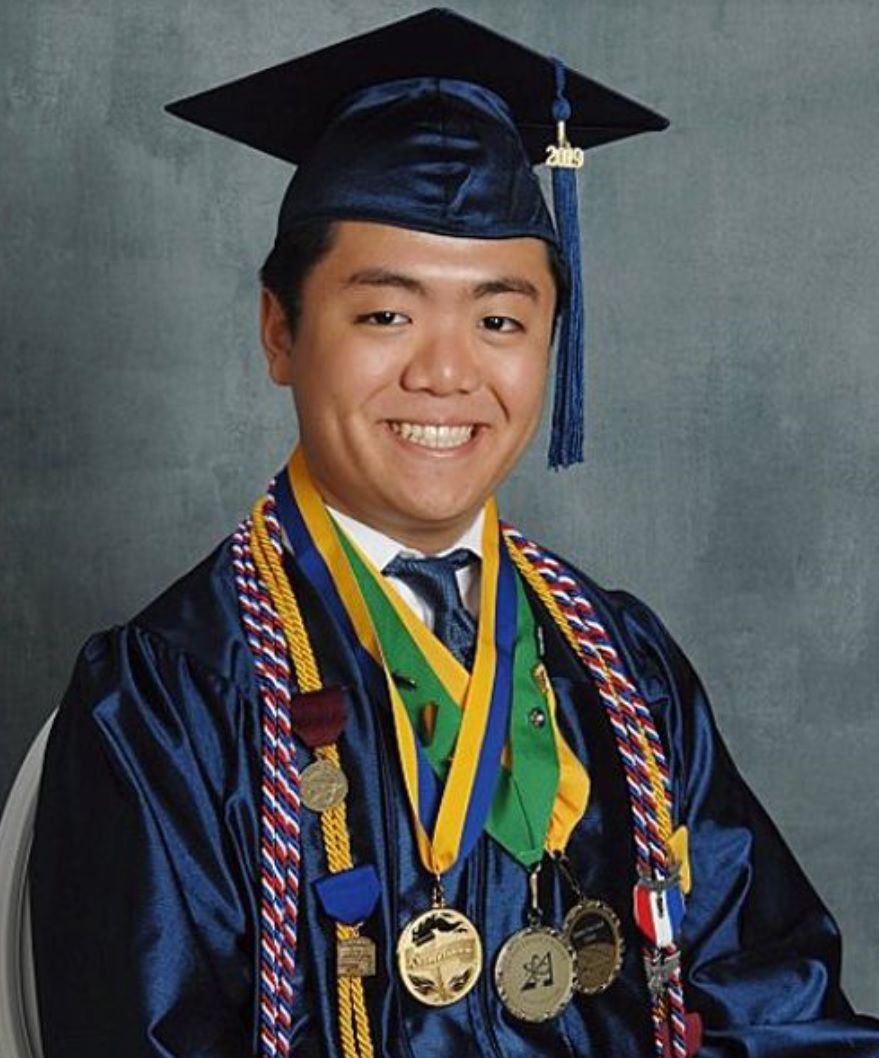 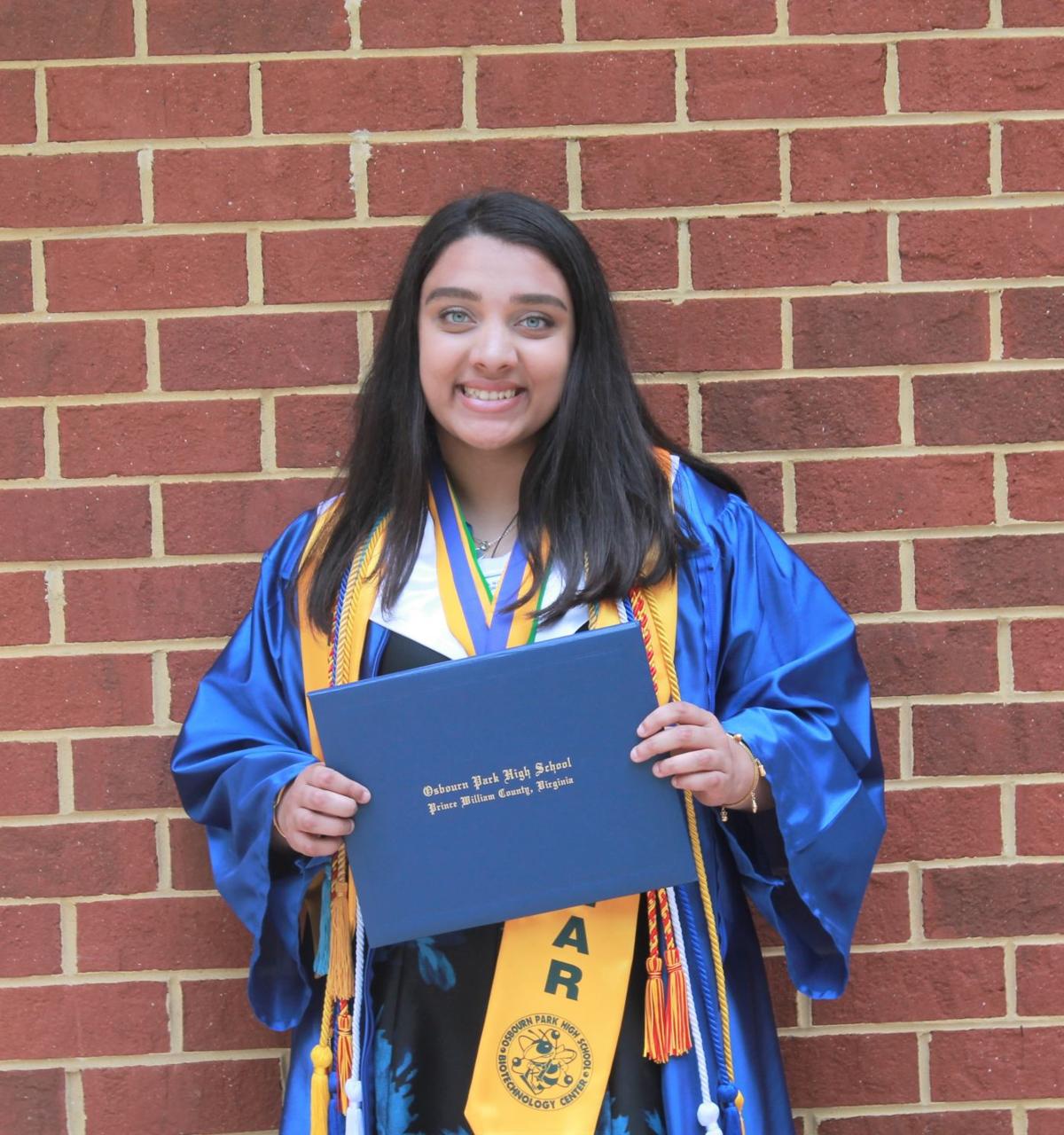 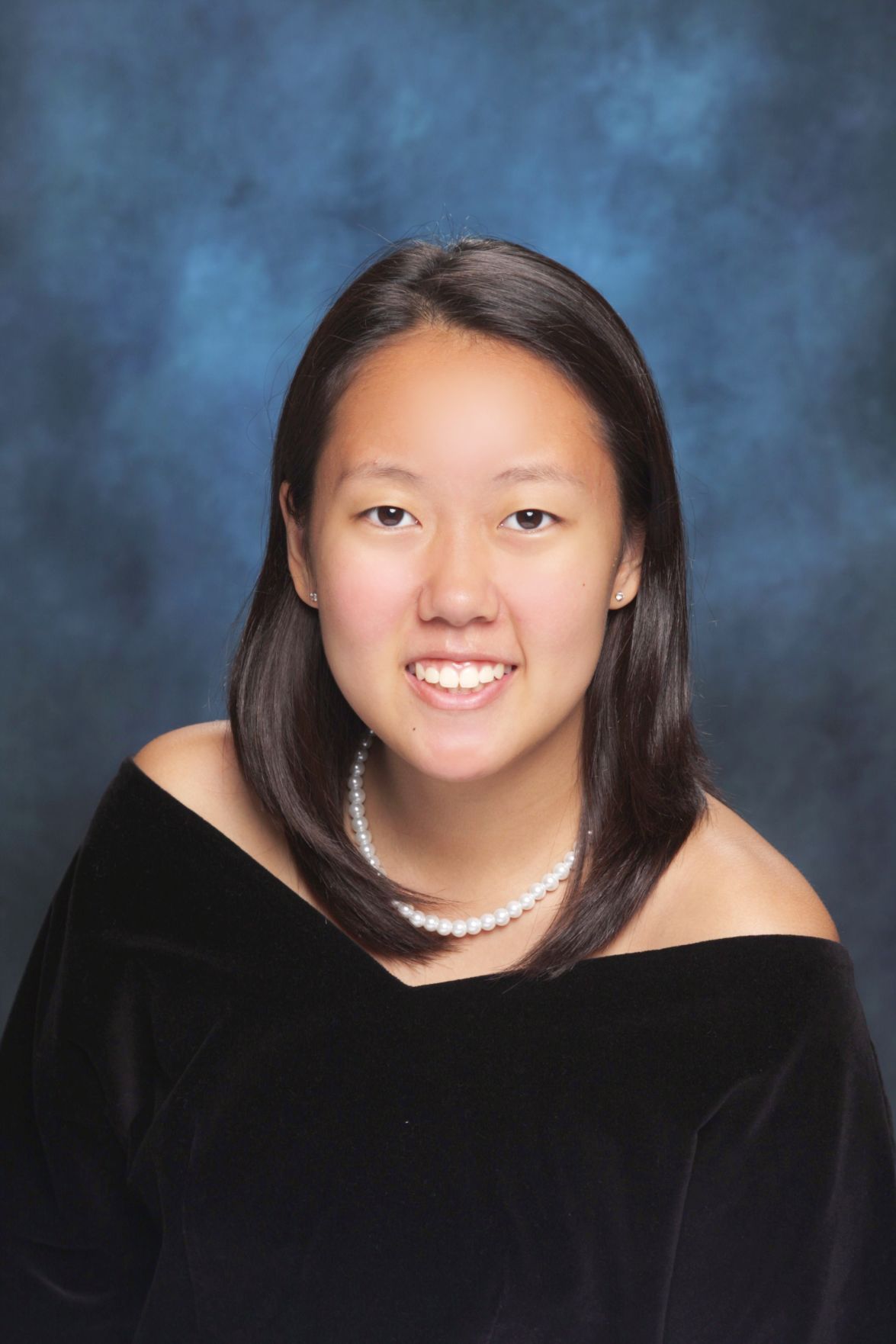 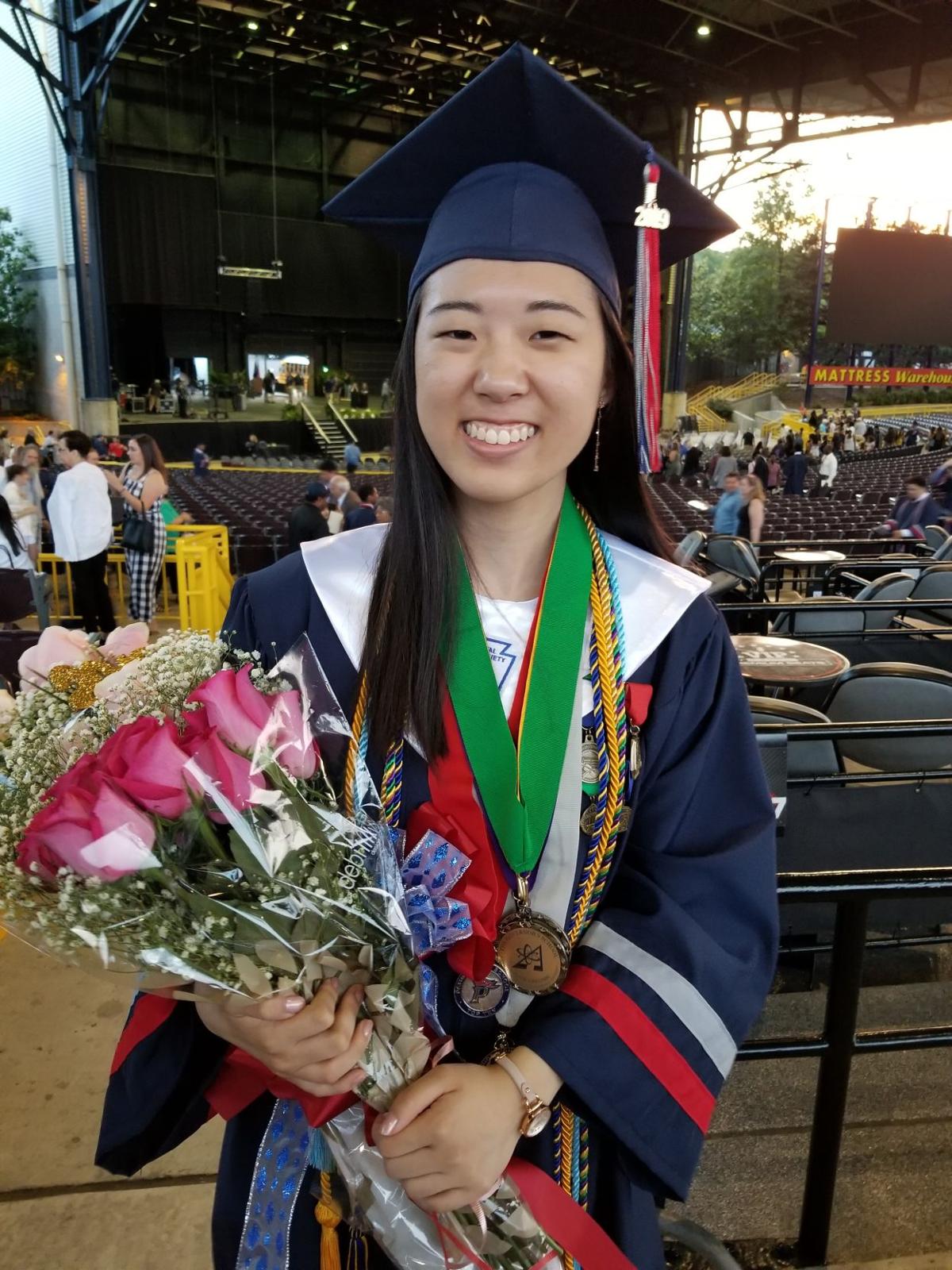 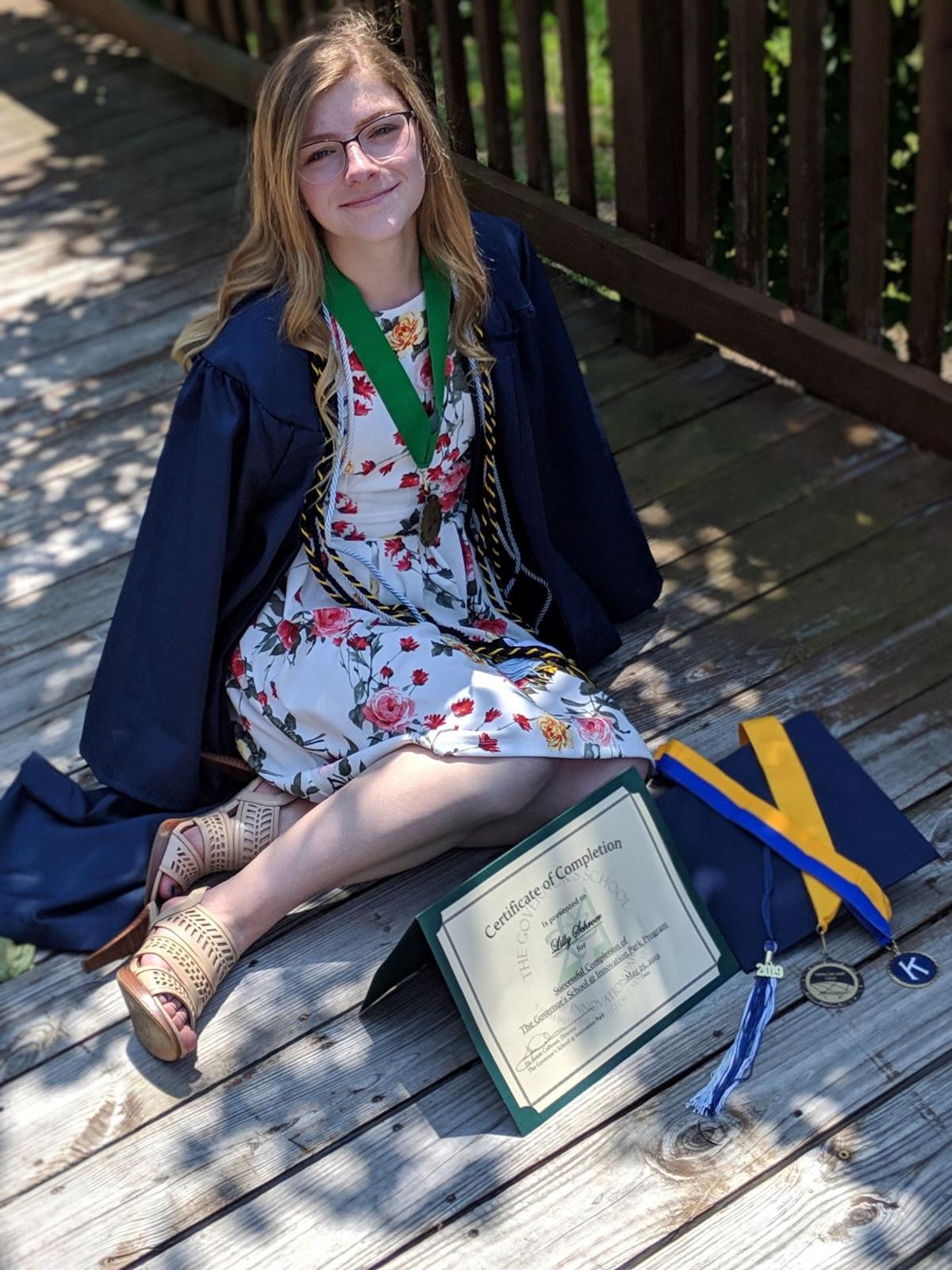 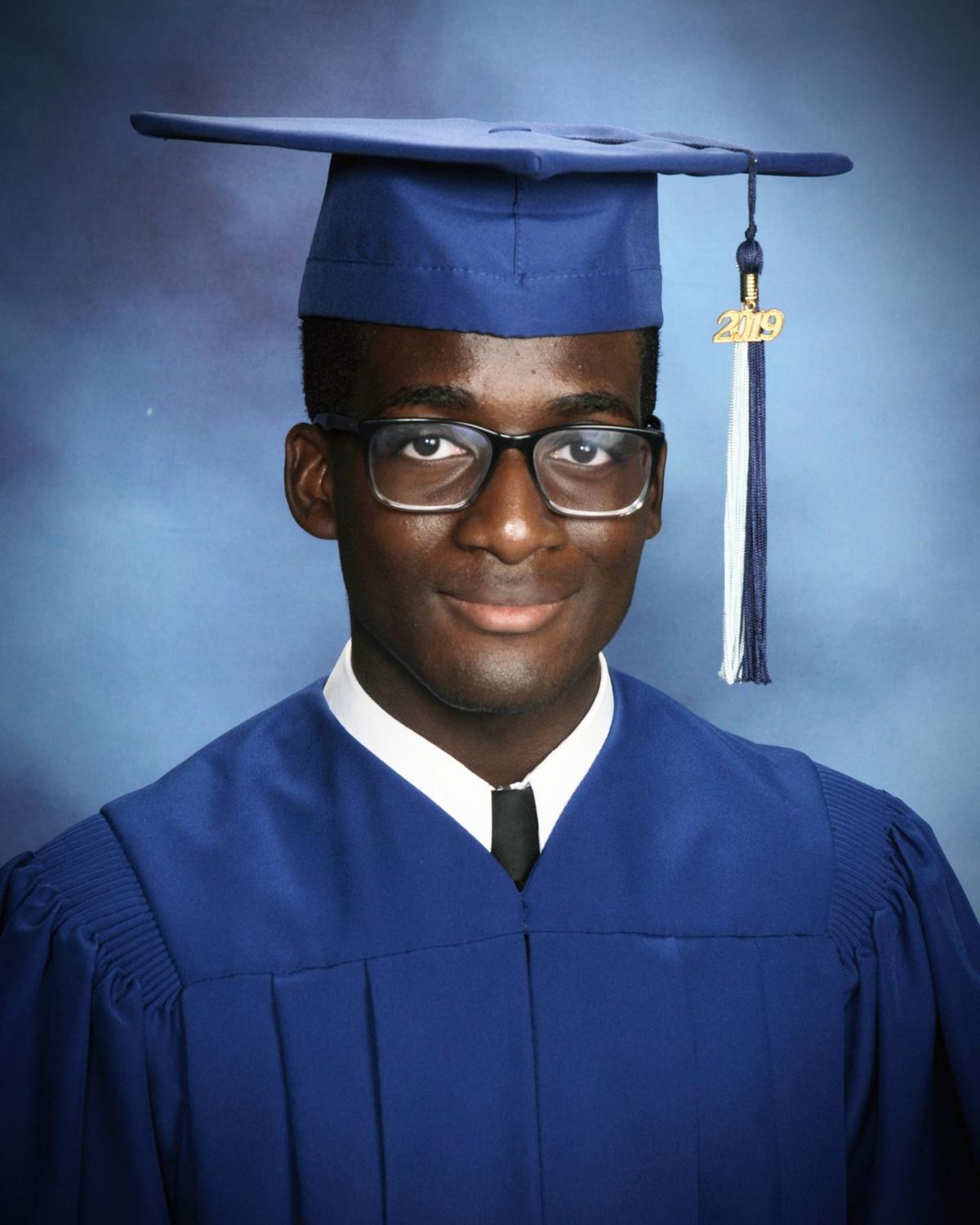 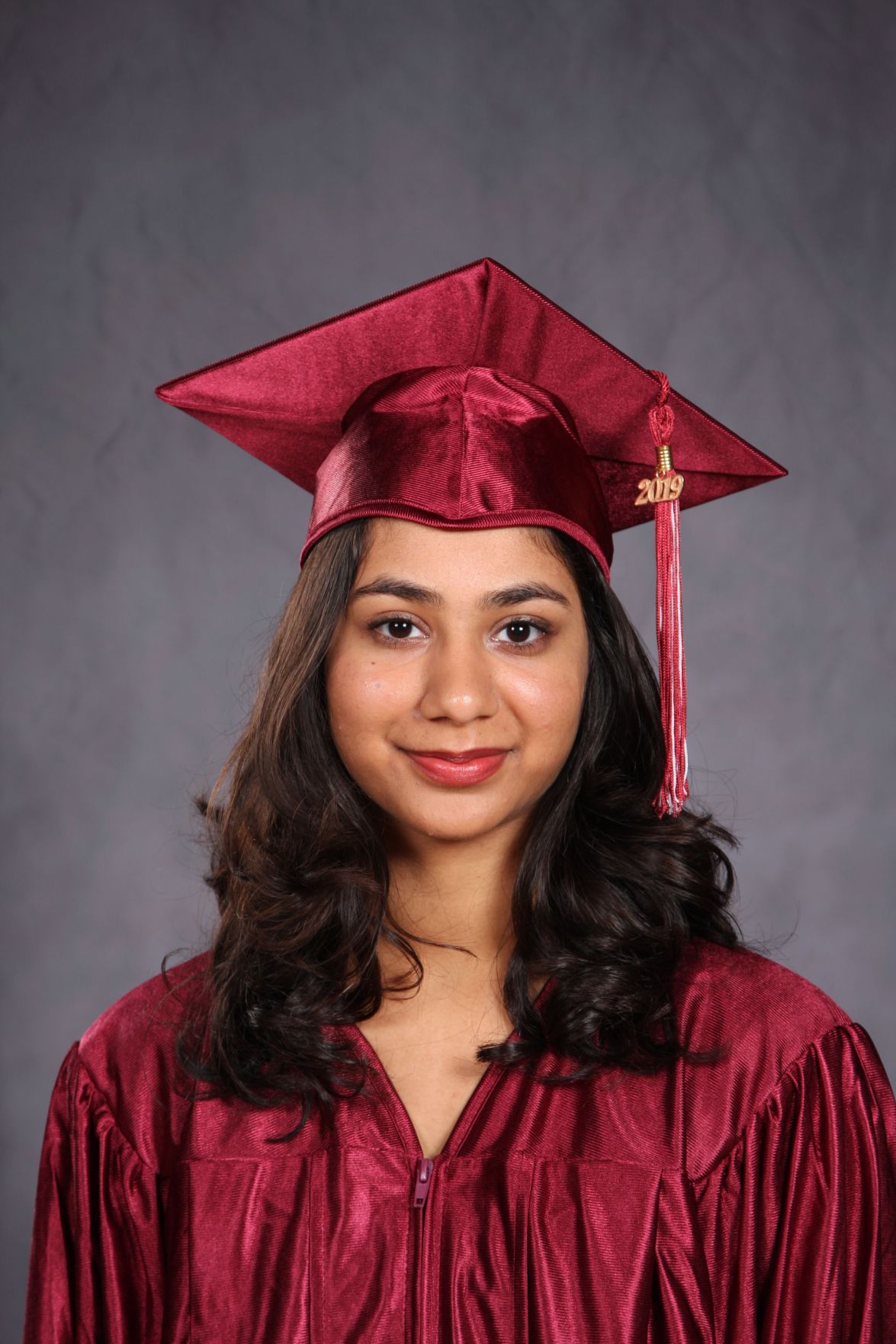 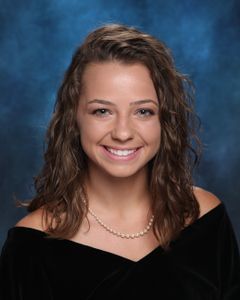 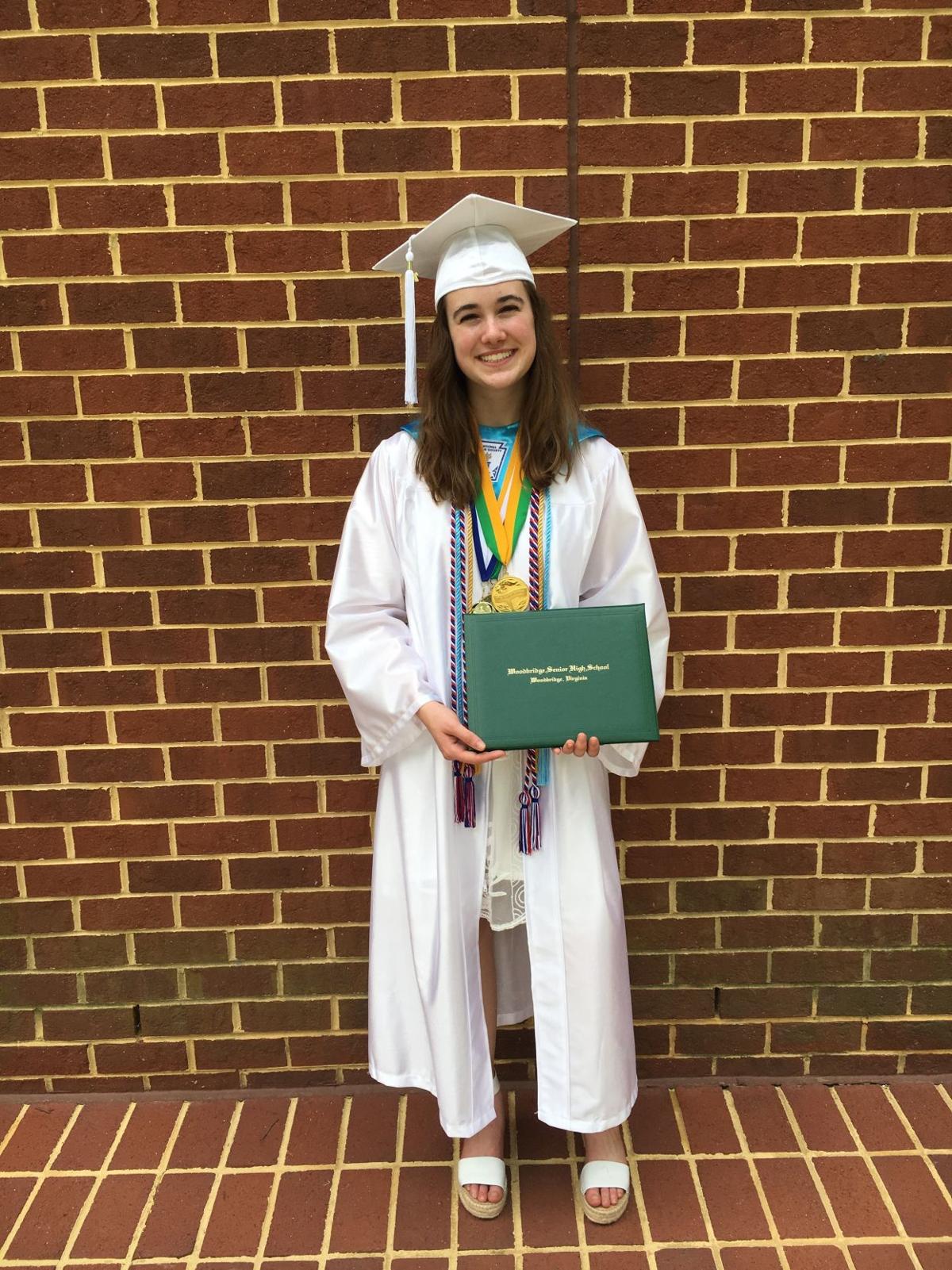 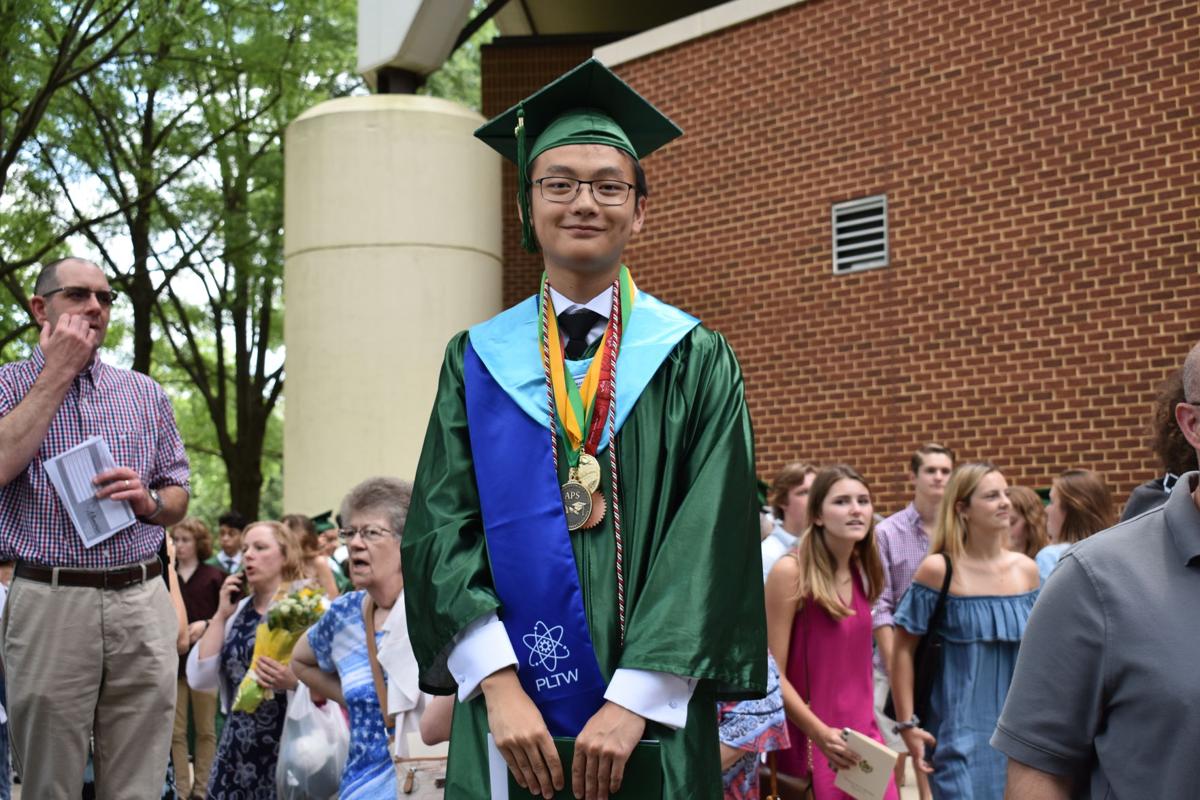 After earning top grades at their respective high schools, these bright young students will seek degrees at major U.S. colleges and universities, many of which are in Virginia.

Valedictorians and salutatorians are named based on cumulative grade point average, and more than one student may qualify. The title of valedictorian goes to the student with the highest GPA; while salutatorians have earned the second-highest GPA in their respective classes.

All information was provided by Prince William County schools.

Chong plans to attend the University of Michigan this fall.

Lee will be attending Duke University this fall. He hopes to study computer science and pursue a pre-med track. Lee said he dreams of becoming a medical missionary and wishes to bring smiles to faces by healing physical and emotional pains of people, regardless of their social status.

Hutchens will take a gap year in order to attend Army job training.

In the fall of 2020, she plans to attend Virginia Tech to study chemical engineering.

Hutchens said she will continue to strive toward becoming an Army officer. “I hope to help others through service in the military and be a role model for girls as a female in STEM,” she said.

Meints will attend Virginia Tech to double major in aerospace and civil engineering, and minor in political science.  Meints said she hopes to make a difference in the lives of people around the globe.

Jannatifar will attend the University of Virginia as an Echols Scholar. She plans to major in biochemistry and later study pharmacology.

Jannatifar said she hopes to alleviate the financial burden on families with patients who suffer from devastating diseases by helping to make medication more accessible, more affordable and convenient.

Cai will attend Virginia Commonwealth University on a Presidential Scholarship. She plans to major in biology hopes to practice medicine with a focus on integrating holistic healthcare into modern medicine.

“I hope to serve our country and inspire others to follow the same path. I would also like to become a political leader,” Romano said.

Mehr will attend the University of Virginia to study computer science. Through his schooling, Mehr said he has learned to persevere through tough times with a positive attitude. He said he hopes to improve the lives of people all around the world.

Taylor will attend Virginia Tech this fall. His studies will begin in general engineering, but he plans to major in mechanical engineering and mathematics.

Upon reflecting on his high school career, Taylor recognized a lesson he has learned about success.

“Being successful is much more than getting good grades; it's about doing what you enjoy the most while also trying your hardest to push the boundaries of what you understand about that thing you enjoy so much,” he said.

Khan will attend Swarthmore College on a full scholarship this fall. She plans to double major in English and biochemistry with the intent to attend medical school.

Khan said she wants to become a cardiac surgeon and engage in biomedical research to make procedures and treatments more readily available to people.

As for studying English, Khan said, “I would also like to become a novelist and write stories that change the way people think, both about themselves and the world, enabling them to make a positive impact upon it.”

Noor will attend Harvard University this fall, where she plans to major in neuroscience and psychology with a minor in civil rights and applied and abstract linear algebra.

Noor said that her time in high school taught her that “education is what you make out of it. It does not matter which school you go to. As long as you are dedicated, driven and willing to give back to your community, you will keep rising and giving your life a purpose.”

Azad plans to attend the University of Virginia in the fall. She plans to major in biology in hopes of becoming an optometrist in the future.

“I want my studies to make me a better version of myself. Growing up, I struggled with my vision. Receiving glasses from a young age turned my life around. I believe that service to others is essential to my life, and by becoming an optometrist in the future, I will be providing others with the best gift I received; the gift of sight,” Azad said.

Raza will be attendthe University of Virginia this fall. He plans to major in computer science within the UVA School of Engineering.

“Through my studies and future career, I hope to have a positive impact on the world by ensuring that everyone has equal opportunities and equal access to educational resources in impoverished areas,” he said.

Salutatorian: Charles Ezra Salvosa Cabauatan Cabauatan will attend Virginia Tech, where he plans to pursue a degree in computer science.

“Gar-Field provided me with a diverse student body that represented different nations of the world which is unique from other schools I attended,” Cabauatan said. “This helped me look past differences and learn more about the strength in opening my mind to different perspectives.”

Le will attend the University of Virginia and plans to study engineering.

When asked what mark he hopes to leave on the world, he said, “I wish to do my part. Perhaps not be a great ‘mover and shaker,’ but instead, contribute through the acts of daily life,” he said. “Whether it is finding a way to better technology through engineering, teaching a nephew, or generally, being a good person.”

Cha will attend the University of Virginia this fall to study computer science.

While reflecting on his high school career, Cha said he remembers a specific lesson he learned in AP English literature.

“Ms. Nelson once told me that life has a funny way of working out; it doesn't always give you what you want but what you need, and how we accept what life gives us shapes who we are,” he said.

Datta will attend Virginia Commonwealth University on a Presidential Scholarship and plans to double major in bioinformatics and psychology on the pre-medicine track.

Datta said she hopes her studies will allow her to channel her passions and help solve pressing issues of today’s society.

Rhee will attend Johns Hopkins University with honors this fall. She plans to study chemical and bio-molecular engineering.

Rhee said her studies at The Governor’s School and the biotechnology program at Osbourn Park helped develop her interests in science.

Maxson will attend the University of Virginia this fall. She plans to study either astronomy or neuroscience.

“I’ll be pursuing a career in research, and by working with others in my field, I hope to make a groundbreaking discovery or two, even if they’re only known in the scientific community,” she said.

Ko will attend Washington and Lee University and plans to study chemistry.

In reflecting on her high school career, Ko said she learned that, “In order to succeed, you need to grasp the opportunities you're given and run with them.”

Schroer plans to attend the Georgia Institute of Technology to study materials science and engineering.

Schroer says she hopes to, “become a role model and influencer in people’s lives and encourage them to work hard and pursue their dreams.”

Kwabi-Addo said he is interested in prediction software and its application in real-world settings. He plans to research artificial intelligence and machine learning.

“After college, I plan to start a firm in order to further machine learning for use in earthquake and disaster predictions, robotic intervention software and technological optimization,” he said. “I aspire to utilize optimized AI systems to effectively optimize other technologies in locations such as hospitals, airline systems, and automated transportation.”

Agarwal will attend the University of Virginia, where she plans to study global public health.

Agarwal hopes to work in biological research and improve the American healthcare system.

Klatt hopes that through her future career, she will be able to help young children with developmental disabilities and patients suffering the effects of a stroke.

“I am passionate about helping those who cannot speak find their voice again,” she said.

Poole will attend the University of Pennsylvania School of Nursing this fall.

She said she hopes to improve health through patient-focused research and an emphasis on public health education.

Tsai will attend the University of Virginia this fall and plans to study computer engineering.

Asked about what he hopes to achieve in the future, Tsai said, “I hope to make some significant technological innovation that will improve the world in some way. I'm not quite sure what it is yet, but the future is full of opportunity that is still unknown to us.”