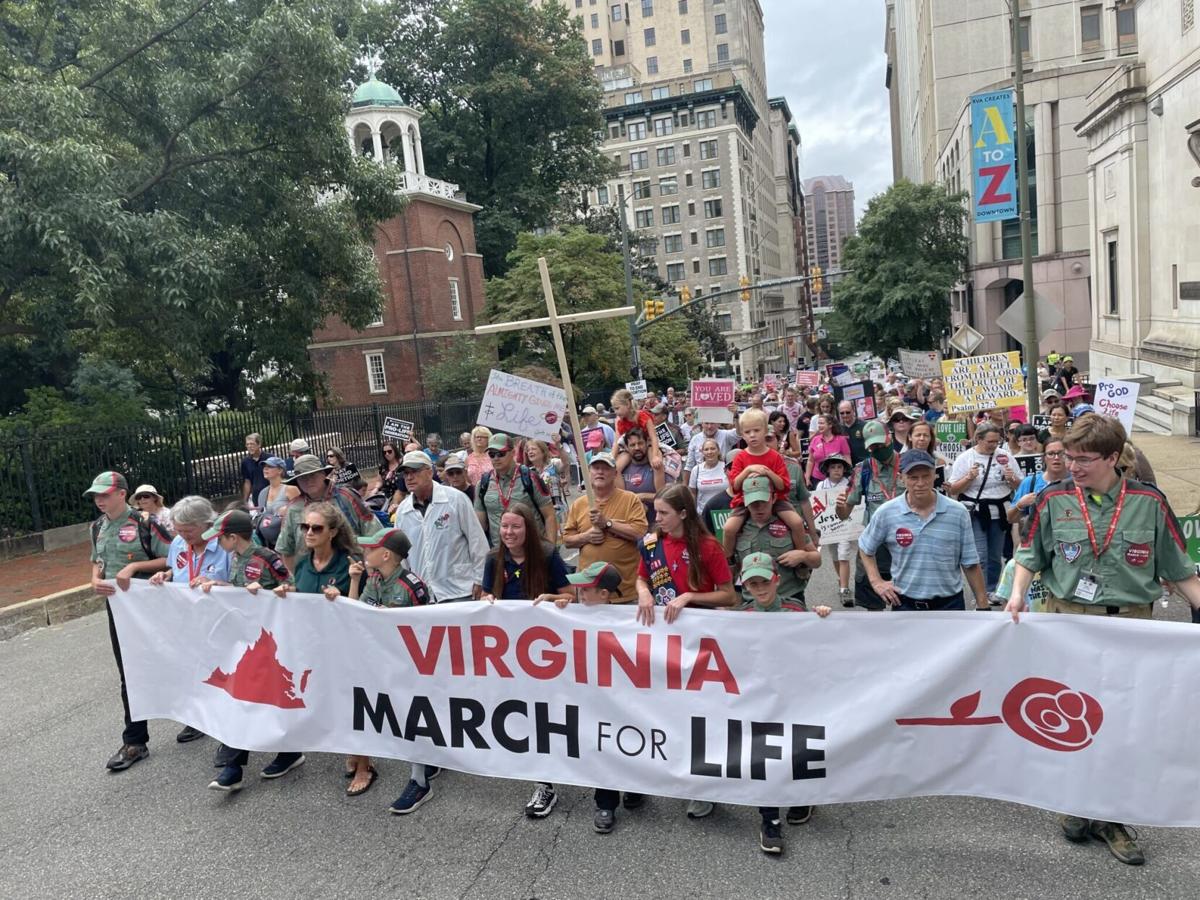 Hundreds of anti-abortion demonstrators marched near the Capitol in Richmond as part of the third annual March for Life. 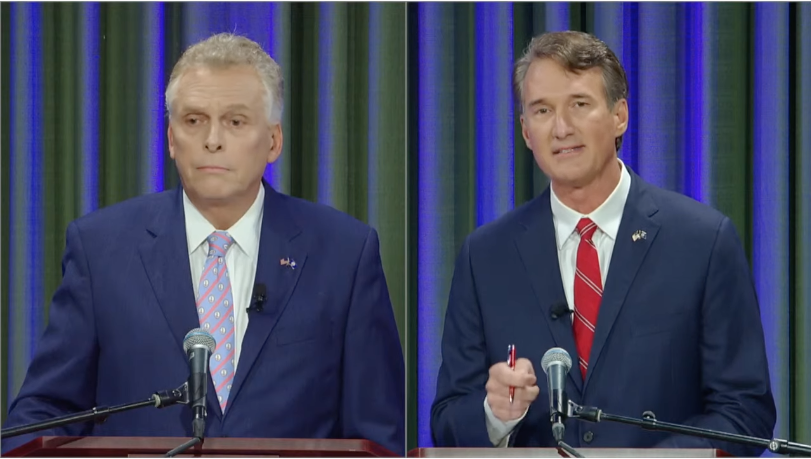 Democrat Terry McAuliffe (left) and Republican Glenn Youngkin (right) faced off in a debate at the Appalachian School of Law. 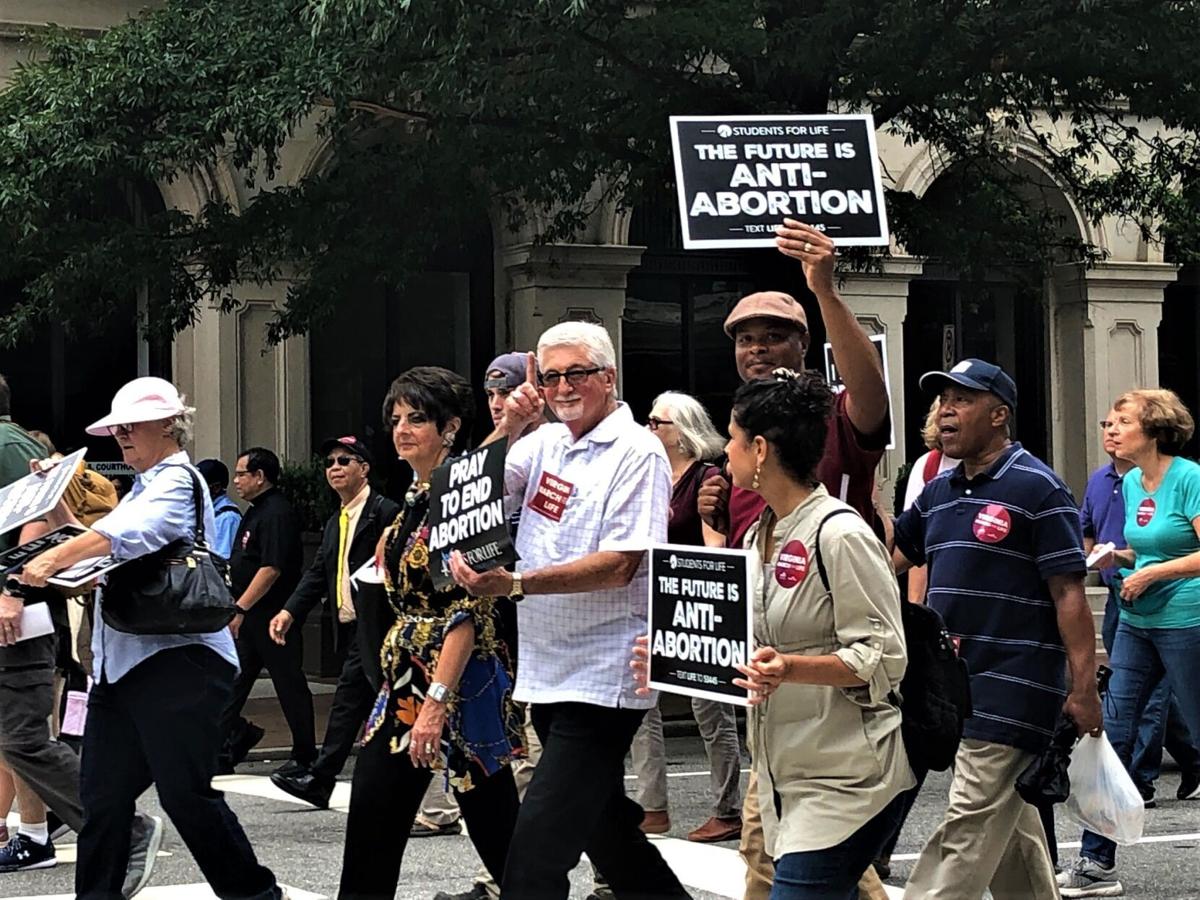 Anti-abortion demonstrators march down East Main Street near the Capitol in Richmond. 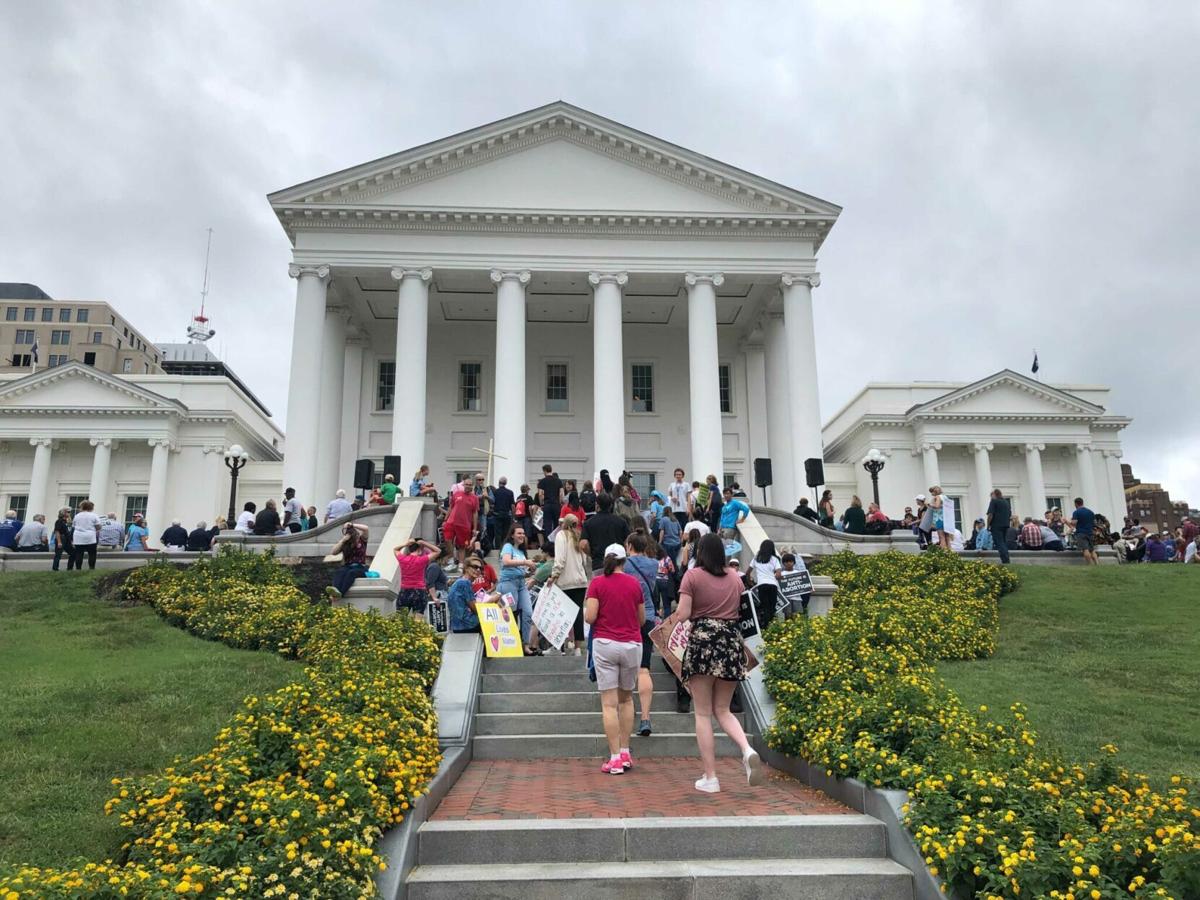 A handful of GOP legislators spoke at Friday’s rally, but the Republican statewide ticket campaigned elsewhere.

If it didn’t count as a banned weapon, she would have brought her sledgehammer, anti-abortion activist Victoria Cobb told the March for Life crowd Friday from the steps of the Virginia Capitol.

The hammer, she said, is a symbol of what the pro-life movement hopes to do to former Gov. Terry McAulffe’s “brick wall” for abortion rights.

“You are going to break down that wall,” Cobb, president of the socially conservative Family Foundation, told the group gathered on Capitol Square in Richmond. “You are going to be the ones that do whatever it takes.”

Legal developments outside Virginia have pushed abortion to the forefront of this year’s elections, with activists on both sides stressing the high stakes in the gubernatorial contest between McAuliffe, a Democrat, and Republican Glenn Youngkin.

Three Republican lawmakers spoke at the third annual March for Life in Richmond, where marchers shouted chants against the landmark Roe v. Wade Supreme Court decision that established abortion as a constitutional right and booed at the mention of recent Democratic governors. The Family Foundation described the crowd as being in the thousands. Capitol Police estimated there were 600 attendees.

None of the three Republicans running for statewide office this year spoke at the event, forgoing a chance to speak to a sizable crowd to campaign elsewhere. Earlier this year, Youngkin was caught on camera expressing sympathy for the anti-abortion cause but adding he couldn’t press the issue to avoid turning off independent voters.

But there was no avoiding the topic Thursday night when the two gubernatorial candidates met in Southwest Virginia for their first debate.

McAuliffe said he supports abortion through the second trimester, a position he said a majority of Virginians agree with.

Youngkin pointed out that fact-checkers have taken issue with McAuliffe’s characterization of the recording and said he would not sign an abortion ban like the one that recently took effect in Texas.

“My opponent ignores the truth. he’s the most extreme pro-abortion candidate in America today,” Youngkin said. “And he’s marketing Virginia as a place to come get an abortion as opposed to a place to come do business.”

Pressed by moderator Susan Page, the Washington bureau chief for USA Today, Youngkin said he supports exceptions allowing abortions in cases of rape, incest or when the life of the mother is at risk. He indicated he would support a bill banning abortion based on when a fetus can feel pain, which previous Republican bills have defined as occurring about 20 weeks into a pregnancy.

“I do hope you’ll ask my opponent what objections he has to where abortions should be stopped,” Youngkin said.

Earlier in the exchange, McAuliffe, who was governor from 2014 to 2018, was asked about a late-term abortion bill introduced in Virginia that caused a furor in 2019. Though third-trimester abortions are already allowed in some circumstances, the bill would have lowered the requirements, allowing one doctor to sign off on the procedure instead of three and removed language saying such abortions are only allowed when continuing the pregnancy would “substantially and irremediably” impair the mother’s health.

McAuliffe said he would support having fewer doctors involved to help women in rural areas, but he didn’t endorse lowering the acceptable level of risk to the mother.

“A woman’s life has to be in danger, it has to be certified,” McAuliffe said. “And if you have a legitimate doctor who says this woman, her life’s in danger, of course I would support that. I would do anything I can.”

Though Youngkin didn’t attend the anti-abortion rally in Richmond, he reaffirmed his view that “life begins at conception” in a letter addressed to “Pro-Life Leaders and Activists.” Youngkin’s schedule Friday included appearances at early voting kickoff events throughout the state, according to his campaign.

Asked about the absence of statewide candidates in an interview, Cobb said she and other rally organizers “understand that folks are doing what they’re doing.”

“I’ll care more when we have pro-life people in the governor’s mansion,” she said. “That they show up then.”

Cobb said she thinks a law like the one in Texas, which bans most abortions as early as six weeks and allows private citizens to sue abortion providers to enforce the ban, is “absolutely not on the table” in Virginia. But some rally attendees said they hope it will be.

“I think any step in the right direction is a good thing,” said Sylvia Dorham, a D.C.-area homemaker in her late 40s, when asked about Youngkin’s stated opposition to the Texas law.

“What I want is for our legislators to respect life,” said Rita Ciavarelli, a 67-year-old former nurse from Richmond. “Now, I’m not going to rubber-stamp anything else anybody else has done. I want our legislators to do what’s right for Virginia.”

Organizers of the rally emphasized early voting, helping people register and giving several reminders to vote as soon as possible.

Mallory Quigley, a spokeswoman for the anti-abortion group Susan B. Anthony List, cited an upcoming abortion case before the U.S. Supreme Court, now with a conservative majority, that anti-abortion activists hope will overturn Roe v. Wade. That case, Dobbs v. Jackson Women’s Health Organization, will be heard this fall.

“Governors are going to become increasingly more important than ever before if we get a pro-life outcome with the Dobbs Supreme Court case,” Quigley said. “We’re expecting the ruling next summer, maybe this time next year. And it’s going to be up to governors and state lawmakers to lead the debate and the conversation to identify what consensus is in their state.”

On that point, both sides seem to agree.

In a news release from progressive advocacy group Progress Virginia, which described Friday’s rallygoers as “a vocal gang of anti-family zealots,” supporters of abortion access said Virginians have made their choice clear.

Tarina Keene, executive director of NARAL Pro-Choice Virginia, said Virginia and the country are at “a pivotal moment.”

“Virginia must be a safe haven for people seeking safe, legal abortion care,” Keene said. “We need to elect candidates that represent and will fight for our values and principles and protect and expand our reproductive freedoms and hold those accountable who won’t.”