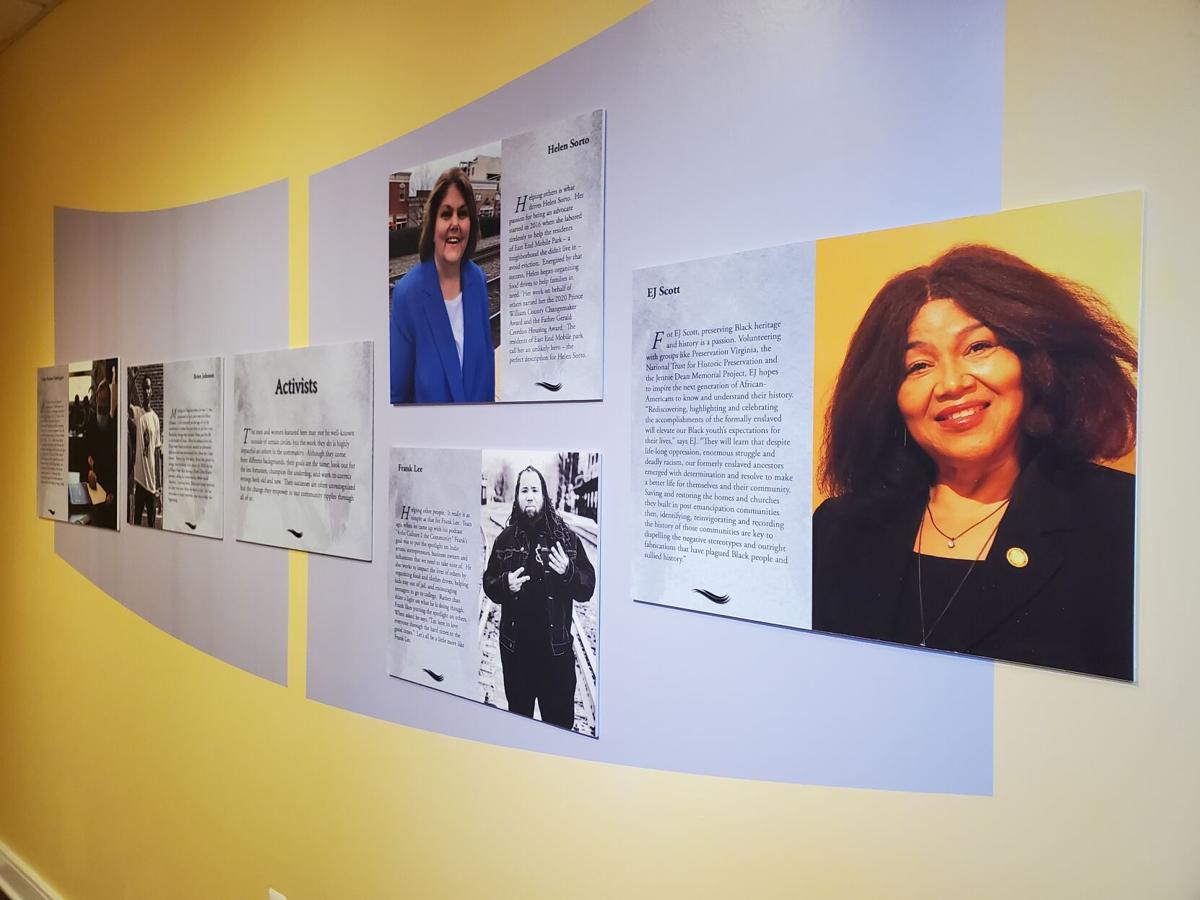 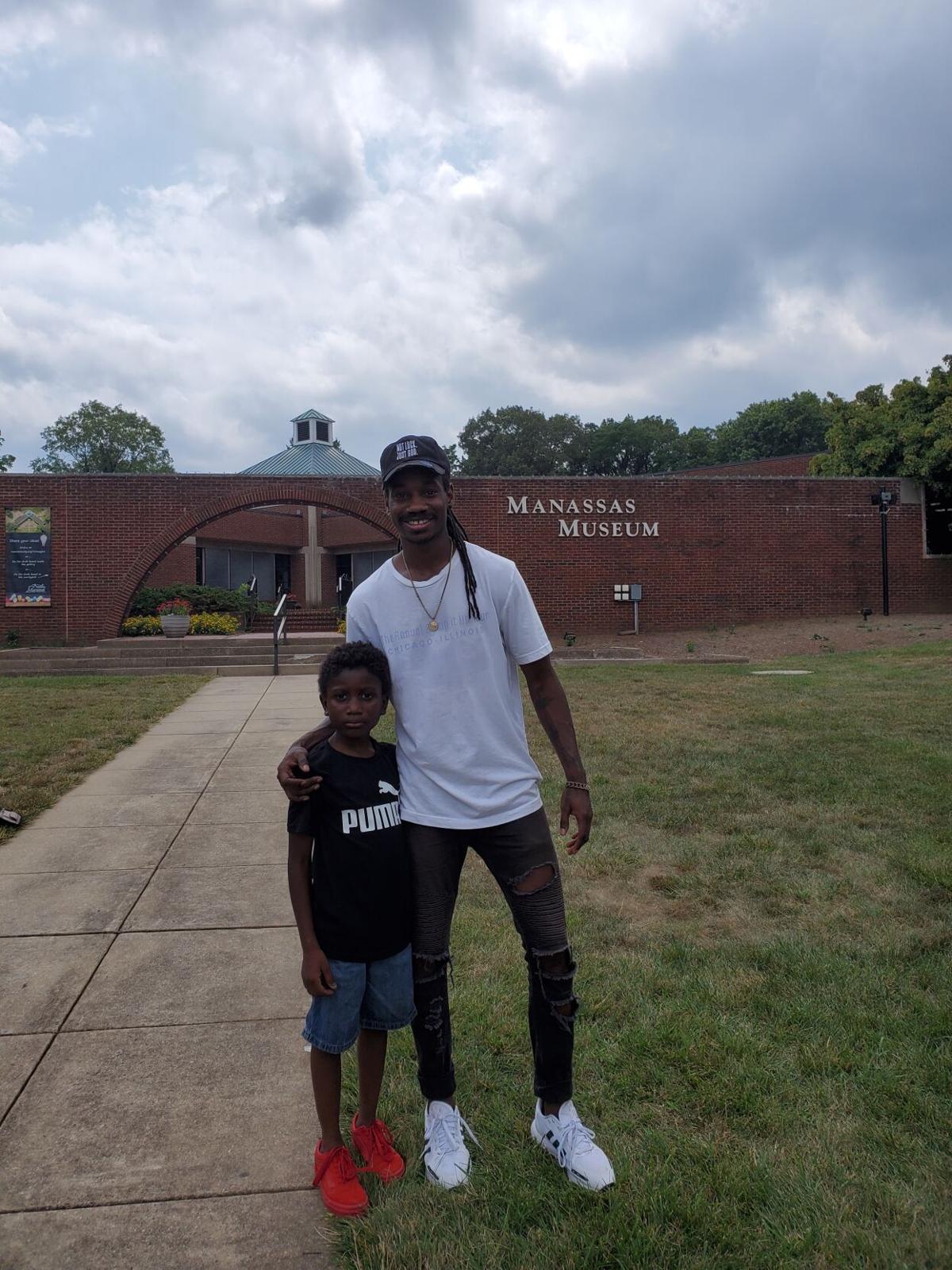 Brien Johnson, a "Manassas Faces" honoree who was honored for his work with at-risk teens, visits the museum with his nephew. 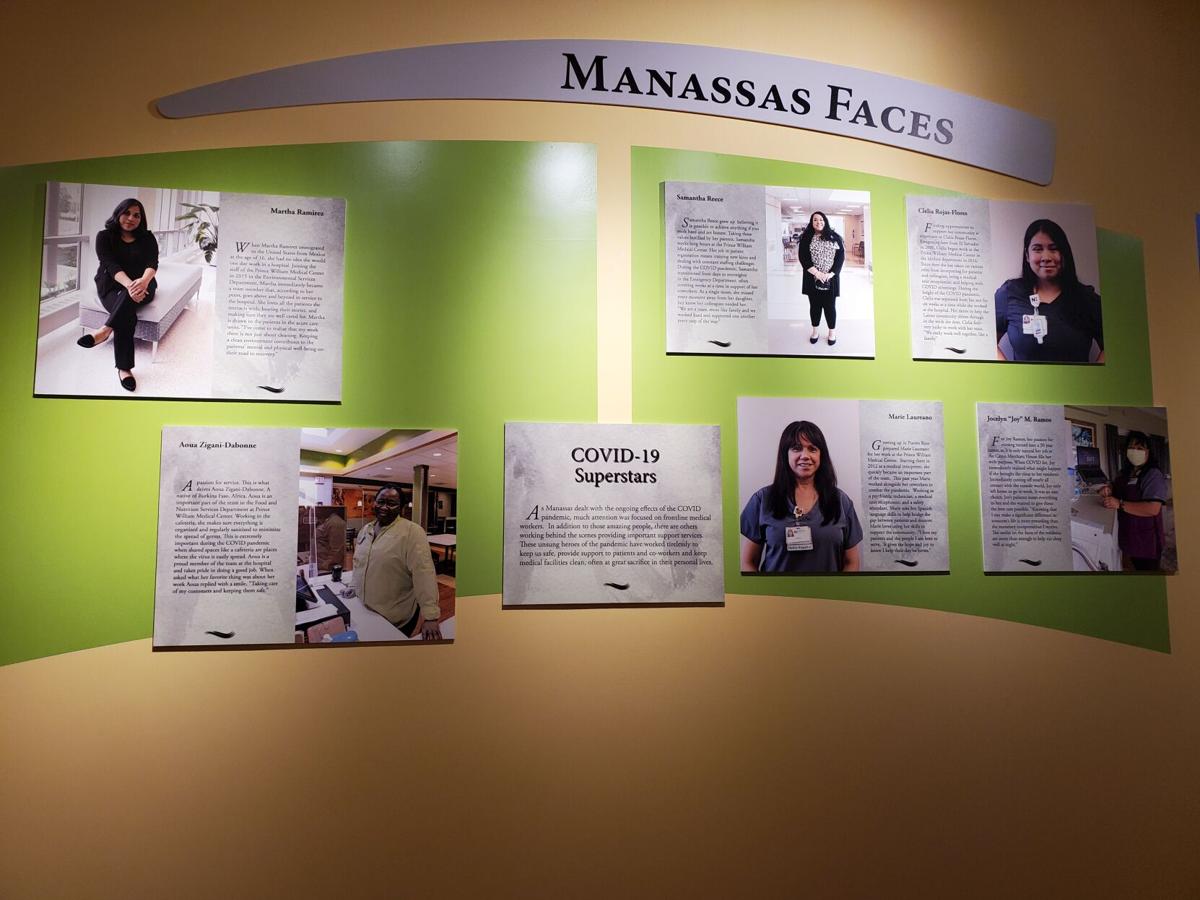 Several residents were nominated as “COVID superheroes” for the work they are doing during the ongoing pandemic. 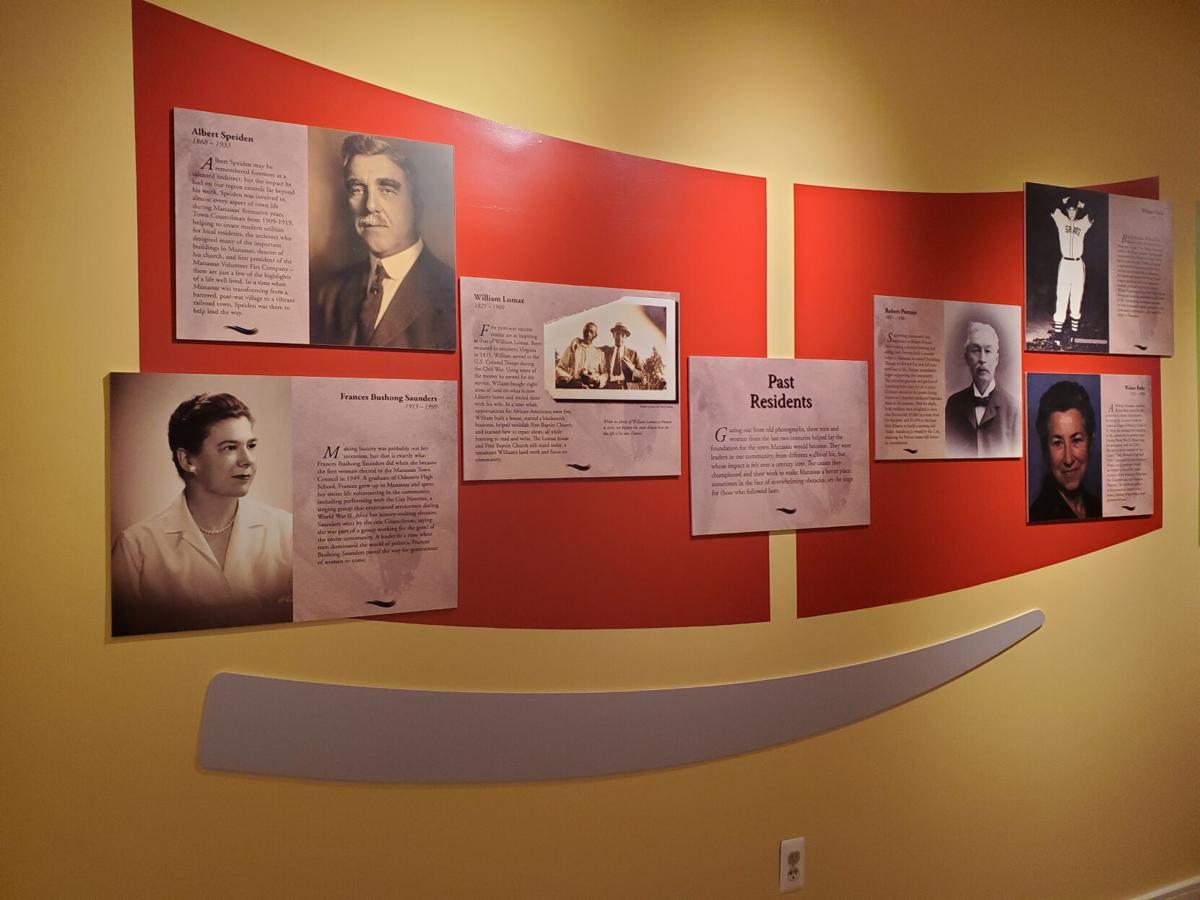 Even though the Manassas Museum was closed to the public most of last year due to COVID-19, the museum staff remained focused on connecting with the community. The result is “Manassas Faces,” a special exhibit that aims to introduce museumgoers to Manassas residents, both past and present, who have made significant impacts but are often overlooked.

About a year ago, museum curator Mary Helen Dellinger wanted to create a special exhibit that was “not only about community, but in fact created by the community itself,” she said.

She collaborated with her staff, and together they came up with the idea to ask residents to nominate “residents who make Manassas the place we all know and love” to be included in an exhibit.

Once the idea was formed, they decided on a format for the exhibit and how it would be displayed in the museum gallery. Then, they put the word out to the community that the museum was seeking nominations of exceptional residents, unsung heroes and anyone positively impacting Manassas to be included in the special exhibit, Dellinger said.

Museum staff worked side-by-side with city staff to disseminate the request in multiple communication modes with the goal of reaching a broad cross-section of the population, she said.

When the museum received nearly 50 resident-submitted nominations, Dellinger said she was thrilled. Then, the difficult process of narrowing down the nominations and shaping them into an exhibit began.

Dellinger said she and her staff reviewed all of the submissions with an eye toward showcasing the diversity of the community and also featuring the most compelling stories.

“All the stories were great, and if we’d had a bigger space, I’d have put everybody on the wall,” Dellinger said.

After a long deliberative process, Dellinger said she and her staff selected 26 individuals whose faces, names and stories would be splashed across the gallery wall to make up the exhibit.

The exhibit is separated into five sections: past residents, activists, COVID-19 superstars, philanthropy and new generation. The submissions naturally fell into those categories, and it made sense to group them together, she said.

Dellinger said she continued to believe that all of the nominees should be included in the exhibit in some way because all of their contributions to the Manassas community were important. She and her staff brainstormed and ultimately decided to create an electronic display that includes the remaining nominees as part of the exhibit.

“If you’re looking in the mirror, you are also an important person. Your story is just as valid as anybody else’s,” she said.

Dellinger said she is proud of the community’s involvement in creating the exhibit as well as the response it has received from the public. The exhibit opened on July 2 with more than 100 people attending the exhibit’s opening, which was held outside. Attendees rotated into the museum gallery to see the exhibit in small groups.

The Manassas Museum houses a permanent collection of historical artifacts, interactive displays and educational offerings for all ages that explore the city’s rich history from Native Americans to the present day as well as an array of changing galleries. The museum building will be closing at the end of this year for a large-scale renovation and will open again in April 2023.

“Manassas Faces” is now open at the Manassas Museum free of charge. More information can be found at the museum website, reachable from www.manassas.gov/things_to_do

When:  The special exhibit is open through the end of 2021. The Manassas Museum is open Mondays through Saturdays from 10 a.m. to 5 p.m. and on Sundays, Noon to 5 p.m.

Twenty-six residents are included in the "Manassas Faces" exhibit for their contributions to the Manassas community.

William Lomax: Born enslaved; after the Civil War he helped found First Baptist Church and was active in local community.

Robert Portner: German immigrant and Alexandria brewery owner who built Annaburg manor for his wife Anna and their 11 children in 1892. Portner was an active community member who bequeathed funds to Manassas.

Walser Rohr: Active community member who volunteered for many causes in the mid-20th century.

Helen Sorto: Advocate who helped save East End trailer park from closing and displacing more than 200 residents. Sorto continues to work for the East End community, keeping a food pantry stocked and organizing back-to-school drives among other things.

Father Ramon Dominguez: Works with teens at the Boys and Girls Club.

Xiao-Yin Byrom: Local business owner who made 12,000 masks for first responders at the start of COVID.

John Foote: Local attorney and supporter of the performing arts.

Deirdre Rembert: Cashier at local WaWa who does an amazing job and is well loved by local community for her positive attitude