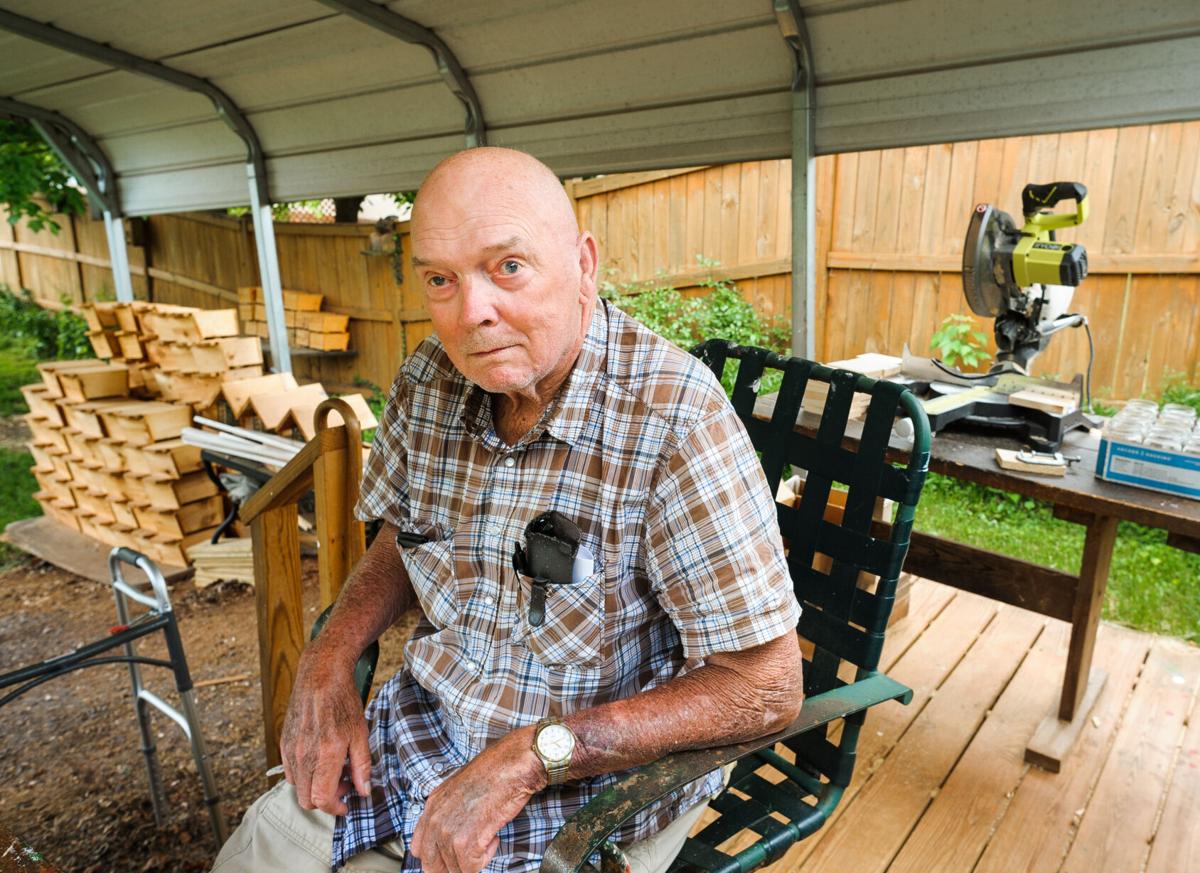 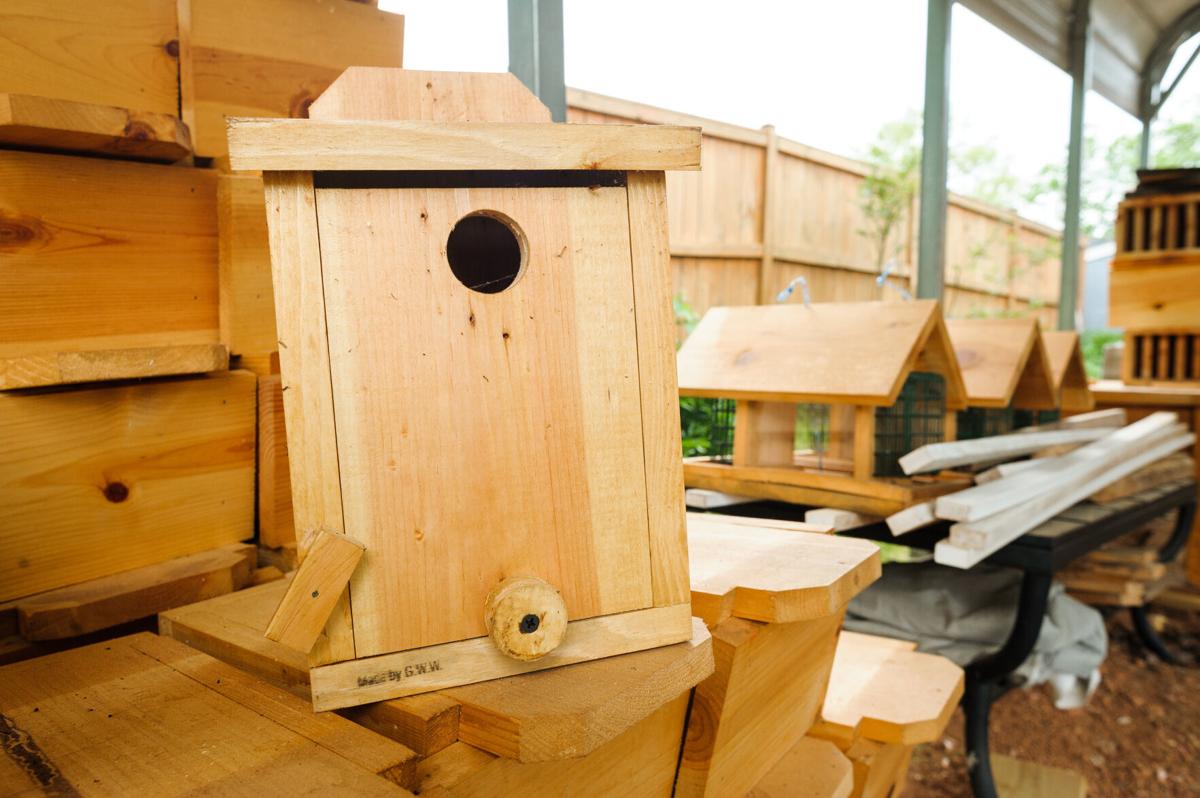 When Glenn Palmer isn’t selling birdhouses on Warrenton's Broadview Avenue, he can be found in his workshop behind his home, making them.

Palmer has been making birdhouses for more than two decades. Having lived in Warrenton since 2012, he has a nice set-up. A carport in front of a small tool shed serves as his main work station. With lights and power, he can begin working before the sun rises and well after it sets.

Folding tables are piled high with completed bird houses of varying sizes, bird feeders, bat houses and -- popular each spring -- carpenter bee traps. Although he’s used mostly pine over the years, he has begun to make houses with PFV (polyvinyl fluoride, a synthetic resin) that has a much longer lifespan. Several adjacent sheds hold more inventory.

The slight grade of his lawn that he needs to navigate to his worktable has become harder to manage for the 78-year-old. He wears a prosthetic on his left leg from the knee down and his balance has worsened over the years. Blind in one eye and suffering from deteriorating eyesight in the other, he doesn’t know how many more years he will be able to build the houses. But for now, he is grateful for the ability to sit outside, listen to music and build something for others to enjoy.

He sells the houses, feeders and traps for anywhere from $15 for the carpenter bee trap, up to $85 for the deluxe two-story house with 12 access holes.

Trained for combat in the 1960s, U.S. Army reservist Palmer never saw any. He ended his military career in 1968 -- before being sent to Vietnam -- due to early diabetes symptoms he was exhibiting.

Before enlisting, Palmer left his grandparents’ Orange County farm at 16 to learn bricklaying with his uncle in Northern Virginia. “I got up at 5 in the morning every day to milk cows on the farm,” he said.

A relocation to Manassas began a 39-year career in the bricklaying industry, during which worked on several hospital buildings in the region including Fairfax, Manassas, and Fauquier Health. “I would still be working in bricklaying if it weren’t for diabetes,” he said.

At the end of each work week, Palmer would head for the Shenandoah River. “I would pack up Friday, return on Sunday and sleep on the ground,” he said. An avid fisherman, he ate everything he caught, which was mostly catfish and snapping turtles served boiled, rolled in flour, and then fried.

In 2001 his diabetes worsened, and he had to have the lower portion of his left leg removed, taking away his ability to drive. “The transition to one leg was easier than accepting that I couldn’t drive,” he said.

Palmer, always drawn to the outdoors, couldn’t remain inside, “I can’t sit in the house.” To keep busy, he picked up woodworking, perhaps inheriting the talent from his father, who was a carpenter. For the past 23 years he has been building birdhouses. Sometimes rising as early as 3 a.m. to start working.

He can be found at the small woodworking shop behind the house during the week, listening to bluegrass music and building birdhouses which he then loads onto a wagon, and drives via a lawn tractor to Broadview Avenue in Warrenton, where he sets up outside on the corner of Broadview and Gold Cup Drive in front of Murphy’s Motor Sports.

He has become a popular Broadview fixture on weekends. “I am there every Saturday and Sunday until 3 or 4 unless it’s snowing or raining,” he said.

Stricken again from complications from diabetes, Palmer had a toe on his right foot removed in November 2020 and spent six weeks in the hospital recovering from a post-surgical infection. “It’s the longest amount of time that I have sat in one place in my life,” he said.

Once recovered, he returned to his workshop. Because of his poor eyesight, he uses a gauge on his saw to make precision cuts. Palmer plans to build birdhouses for as long as he can. “It’s like leading a horse to water, I can build the birdhouse but can’t get the birds to nest,” he joked.

Palmer is grateful to the people who have stopped to buy a birdhouse.

“Tell everyone that I am thankful to them for coming by,” he said.