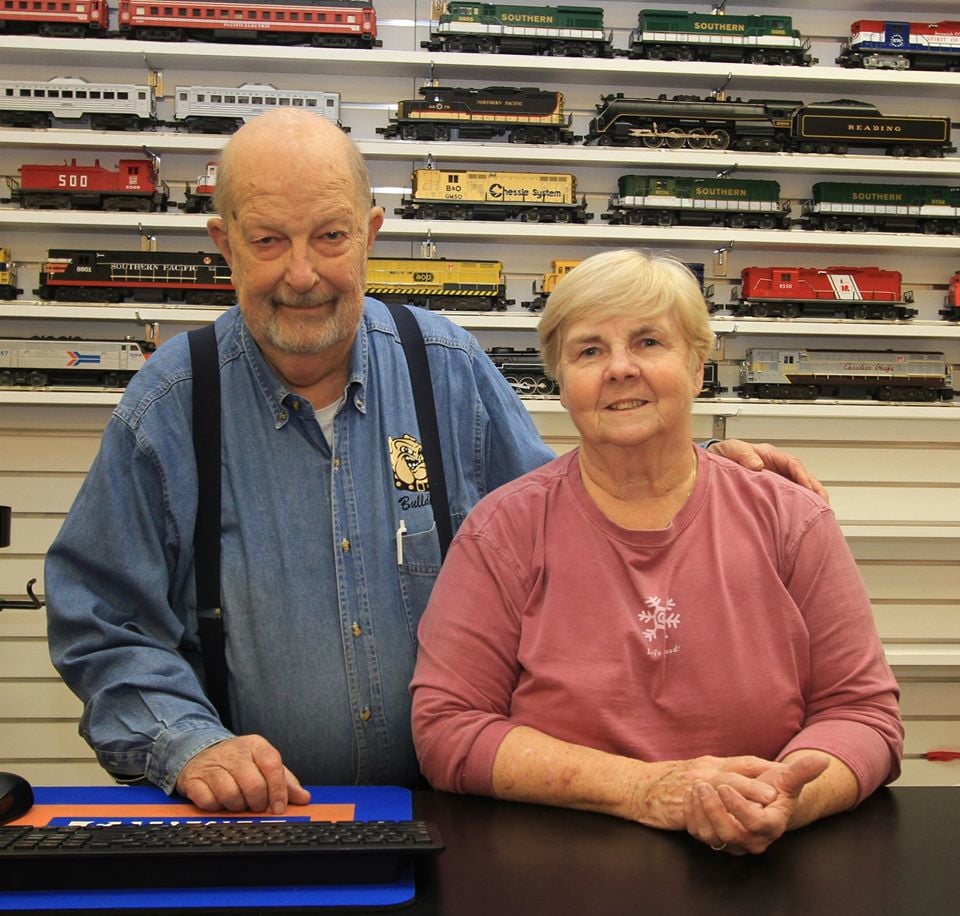 Dan and Hope Danielson are the owners of Toy Trains and Collectibles, a Manassas model train shop they run with help from their family. 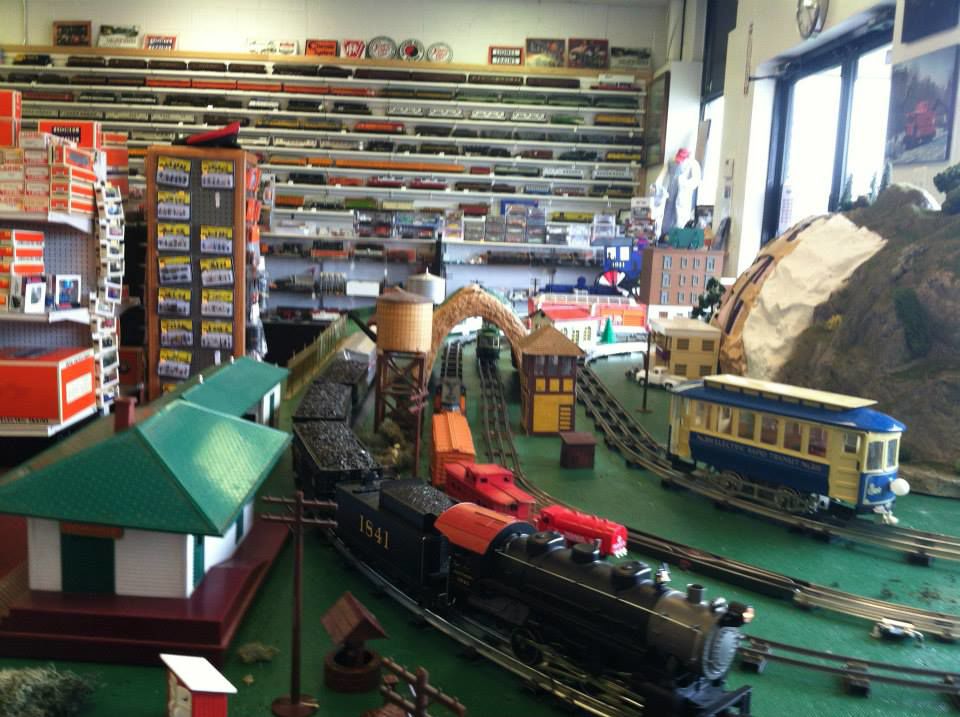 A view of the inside of Toy Trains and Collectibles at 7216 New Market Court in Manassas.

Railroads built America. The embryonic beginning occurred with the first passenger and freight line established by the Baltimore and Ohio Railroad in 1827.

Networks expanded like kudzu smothering a southern forest, inexorably expanding west and fulfilling the doctrine of Manifest Destiny, the belief American expansion was both justified and inevitable.

Over the ensuing two centuries, a series of bankruptcies, consolidations and a decline in rail traffic due to auto, truck and air travel have seen railroads fade as a major transportation cog. Route mileage peaked at 254,251 miles in 1916, falling to 140,000 by 2018.

But who hasn’t heard that “lonesome whistle blow” and been reminded of the legacy of the train and its contribution to the nation? The decline in rail traffic parallels the decline in model trains popular during the middle of the last century and a former centerpiece of Christmas in millions of homes.

But toy train lovers still exist and may well be more passionate than their compatriots of more than a half-century ago. If you pursue the hobby today in the face of public disinterest, you might be on the leading edge of a revival. And if you’re not, who cares? Passion is always in fashion.

Today’s model train industry is truncated but thriving in Prince William and Fauquier counties. One simply has to know where to look.

Located at 46 Main St. across from the Warrenton post office, Virginia Hobbies, Etc. is owned and operated by Burrell Stindel, who has been the conductor behind his radio-controlled trains, planes and automobiles for 35 years.

He moved to Warrenton in 2002 intending to sell only model trains but “found out what the town needed was a more expansive hobby shop. Today, we sell about 800 major items and some 10,000 products supporting those toys.”

If you need a wheel bearing for a truck, a track pin for your choo-choo, a doll baby or model airplane kit, it’s in stock. The toy maven explains that the popularity of model railroading has faded over the decades because “we’ve now raised three generations of people who have never ridden on a train. There’s no connection today between the miniature and the real deal.”

He acknowledges that movies have helped drive sales to the younger set for trains like the Hogwarts Express and Polar Express. But most of his sales are to folks in their 40s.

Trains can range from $90 to $1,700 for a locomotive car depending on the quality and features a buyer is seeking. A complete set from a trusted manufacturer like Lionel sporting four cars, track, and the controller will run from $350 to $450.

Stindel underscores that he typically matches prices on websites. It’s an important feature for parents purchasing a train set for the kids only to later realize they have questions about its operation and maintenance. His service doesn’t stop once the train is rolling down the tracks.

Dan and Hope Danielson and their children and grandchildren run Toy Trains and Collectibles, a shop dedicated to the world of model trains. Located at 7216 New Market Court in Manassas, Dan Danielson has been a model train buff for 65 years. You can try and stump him with a train question but why waste your time? He has a firm grip on the locomotive throttle.

He and his wife are collectors with different interests. Hope focuses on trains from the 1900s to the early 1940s; Dan’s passion is collecting trains sold from the late ’40s to the late ’60s. The modern era of model railroading began in 1970.

“You can pay upwards of $8,000 for a mint condition pre-war locomotive,” he said.

In addition to antique trains for sale, the couple carries a wide variety of modern trains, tracks and accessories available in Standard, O, O-27, S, HO and N gauges. Their selections include respected manufacturers such as Lionel, MTH, Bachmann, Williams, Atlas, Athearn and Kato.

Dan explains that track gauge is important when purchasing a train for a youngster.

“You don’t want to buy an HO-gauge train for a 7-year-old. It’s too fragile and they’ll get frustrated in assembling and running it.

“Rather, buy an O-gauge set that they are not going to easily break. Our passion here is to make sure we get the right train for the right-aged child so he or she can get the most fun and enjoyment out of it. Not just for Christmas, but year-round,” he said.

From Dec. 18 to the 22nd, Dan recommends that anyone interested in model trains drop by the Manassas Center for the Arts at 9419 Battle St. and check out its Winter Wonderland Model Train Show.

“It’s a stunning layout and it’s all Christmas-themed. It’s one dynamite train display.”

One cautionary tale if you are considering a leap into model trains. Rod Stewart, the British singer, and songwriter, spent 23 years building a massive model train and cityscape in the attic of his Los Angeles home.

Often while on tour he requested a separate room and had the bed cleared so he could work on the project while on the road. Might that have inspired his 1989 hit “Downtown Train?”

For those who want to leap from the miniature to full-blown, consider an overnight jaunt to Elkins, West Virginia, to hop aboard the seriously real Polar Express. The fun run unfolds each November and December and recreates the iconic movie in real-time. For information and tickets visit mountainrailwv.com/tour/polar-express.

If model railroading catches your imagination, no need to wander alone onto the tracks. In addition to the two valued shops in our area, stop by the National Model Railroad Association at www.nmra.org. Learn all there is to know about choo-chooing before donning your striped engineer’s cap. All aboard!